We've had such a beautiful day together,  didn't go anywhere or see anyone but just stayed home and played all day.  We've been in such a beautiful flow completely in sync with each other,  we were in my favourite space,  our love bubble.  There were lots of cuddles & lots of laughter and everything felt really easy and perfect. Days like today I think are the rewards and hidden gifts and blessings of motherhood, it's those days where your life feels perfect.

This morning we got up around 5:30 and we were able to give daddy hugs and kisses before he left for work which always makes us happy. But my fasting reading was a bit high,  5.3 (right on the cusp) which didn't make me so happy so I decided to call the diabetes team at the hospital and I'm so happy I did because they made me feel really good about things and took away any anxiety about it all that I may have been holding on to. They said I was doing great, that my numbers were absolutely fine and that I should worry less, so that was a big relief!

We had a really easy going morning of just playing with your toys.  I am really cherishing these moments with you when it's just you and me.  Sometimes I have moments where I get so incredibly emotional and sad that it's all going to change but at the same time so excited to meet your little brother and to experience connecting with him with you.  It's crazy sometimes how I can feel such conflicting feelings almost at the exact same time!

You had two new things arrive for you in the post yesterday but they arrived just as we were finishing dinner so I said you had to wait until today to open them and you were OK with that,  sometimes you surprise me with how patient you can be!  Well your new gifts couldn't have been more of a hit, the first of the two you opened while it was still dark out and they were your snap beads and straight away you began figuring out what to do with them,  you made me a bracelet and some for your feet, I love watching you when you're discovering something new, it really is one of the best things about being a mama!

After breakfast we did a little bit of tidying,  you and your friend Anna had lots of fun yesterday and trashed your room, you were even proud of it,  which made me laugh, but I was too tired to deal with it yesterday. You really love your new baby doll that you got from Nanny, and we spent a lot of time playing with him,  you wanted to put his nappy on and get him dressed and then you showed me the proper way to hold him and how to nurse him,  I was very grateful for the lesson.  You also several times spontaneously blurted out about how excited you are to meet your brother,  and you keep saying he's gonna come out soon, adding "maybe tomorrow!"

When we finished tidying and playing with your baby we went back downstairs. You have a new fondness of slime and whenever you see it in the kitchen you just need to have another play, your latest thing is creating little scenarios with your animals by submerging them in it. Eventually you remembered there was another package you hadn't opened and this one was a box of sticks and shapes that you can clip together and build things, which was another hit!  It kept us busy for hours!

After lunch I had suggested we make a bowl out of plaster of Paris so you could have a special bowl for treasures in your room but you didn't like that idea and insisted we play with clay instead so that's what we did,  we created a couple of tiny bowls out of  clay and I was so proud of you because you did your first proper pinch bowl,  you were able to mould it so much better than before with your thumbs and fingers, you had such a beautiful look of achievement afterwards! These are some of the best moments in life I think,  the little ones always have such impact on me.  Afterwards you wanted to paint and I asked if you wanted to paint on paper or if you wanted to paint something and you chose paper,  I asked what kind of paint and you said watercolour. It had been ages since you painted pictures! The first one you named "little foot" Your second painting you also named "little foot" but added "Ducky,  Spikey and Peach Tree" I think your names have something to do with your new love of the Land Before Time movies (the past month or so we have watched way more movies than I would like to admit, but the exhaustion I experience with this pregnancy is on a whole other level and watching movies is all I have energy for sometimes! )...

In the afternoon we decided to take the love tree and decorations down and you were really excited about helping but became really sad when you realised that the tree was going away and will die, you wanted it to stay with us forever.  And then you went on and asked, "Did the tree die like Majnoon died?" and I said, "yes," then you said, "but people don't die" and I became quite sad at having to say this to you but I said, "Yes, people die too,  all living things eventually die" and you argued and said, "No, people don't die! They stay in our hearts!" and in that moment you almost made my cry with your words, I said, "That's exactly right,  our physical body dies and we turn to dust and become part of the earth again but our spirit and energy still exists. I like to think a part of us exists everywhere. many people believe different things and when you get older you'll understand and learn more." I know its not something you can understand now really but I want to be as truthful with my beliefs as I can from the start.

We had to pop over to Waitrose but you insisted that you had to play with your new building sticks and shapes so we played a bit before I could convince you it was time to go and we had such a great little outing to the shop!  You were being so helpful and lovely and helped with carrying the basket,  holding my hand when it got too heavy and even helped with ringing up our things,  you didn't run off or anything,  the last couple of weeks you've been into really testing boundaries and pretending you no longer have ears so there's been quite a bit of jarring going on with all of us but the last couple of days have been so different!

After dinner we had such a sweet bedtime too,  I had set up the tripod to get a photo of us reading stories when you really wanted to press the self timer button so I let you and everything became so incredibly funny,  you couldn't stop laughing and then I couldn't either on top of your little brother moving around like crazy warping my belly in the most amazing ways ended up being such a fun little moment for us,  laughing together with you gives me one of the best feelings ever.  After a little while I turned the camera off so we could continue stories and since you received the Oi book series you've been obsessed with them,  you absolutely love them and you've been reading them every single night.  They make you belly laugh!  It's the sweetest!  After our three stories we turned the light off,  we always have to do it together otherwise it's all wrong and then we snuggled up along with your baby and you actually had some boobie (which doesn't happen all that much these days) and fell asleep within 10 min! 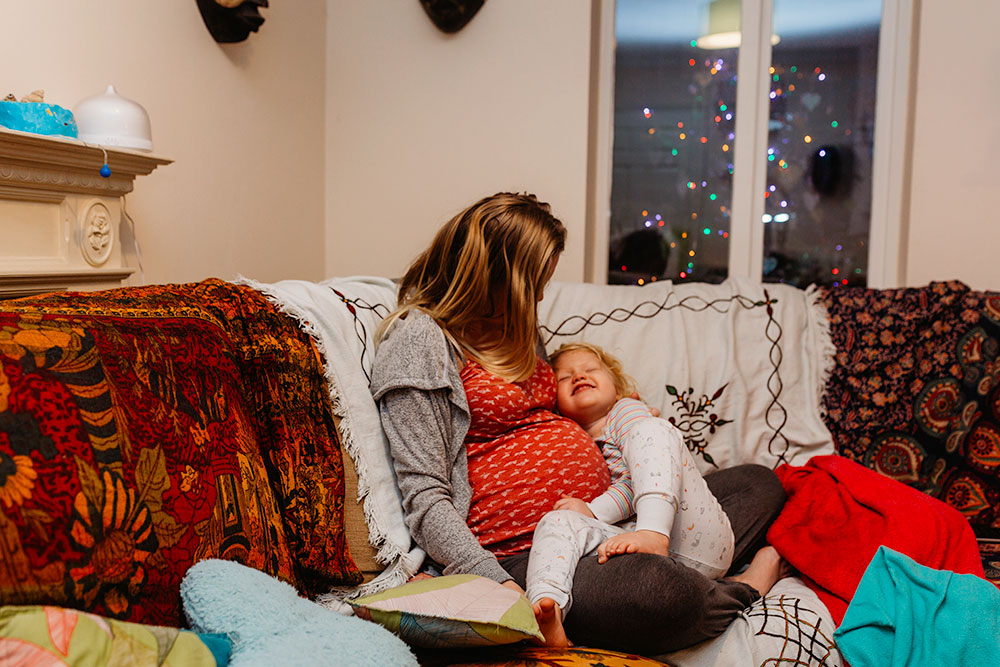 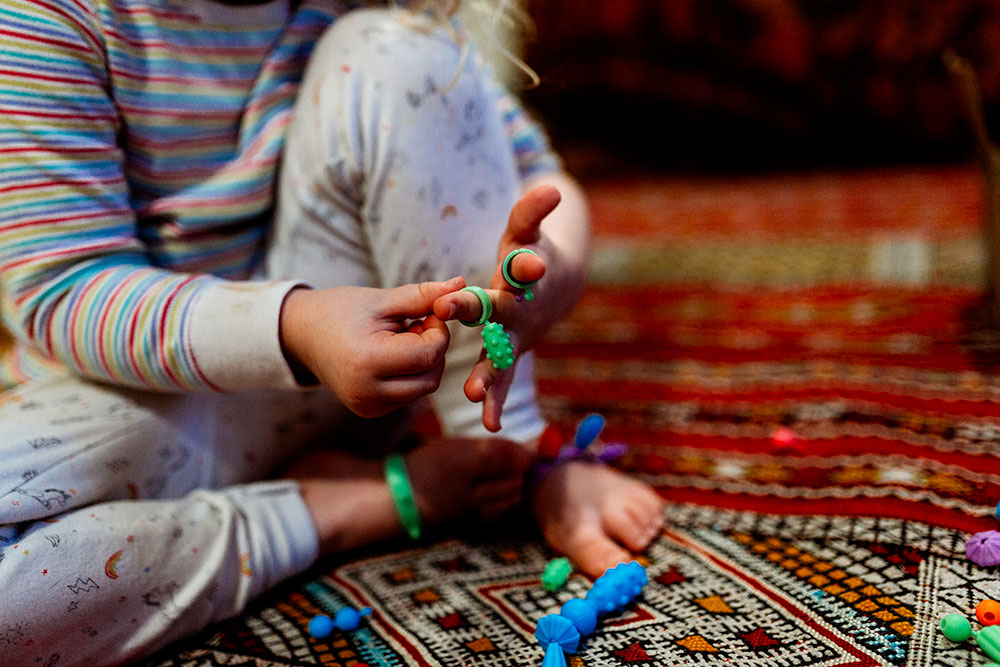 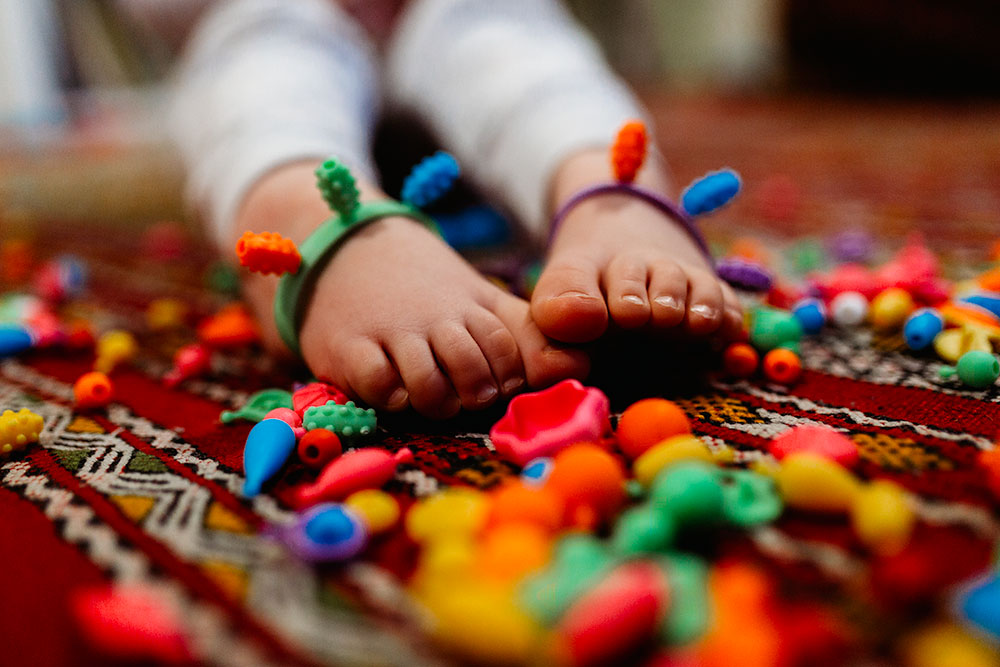 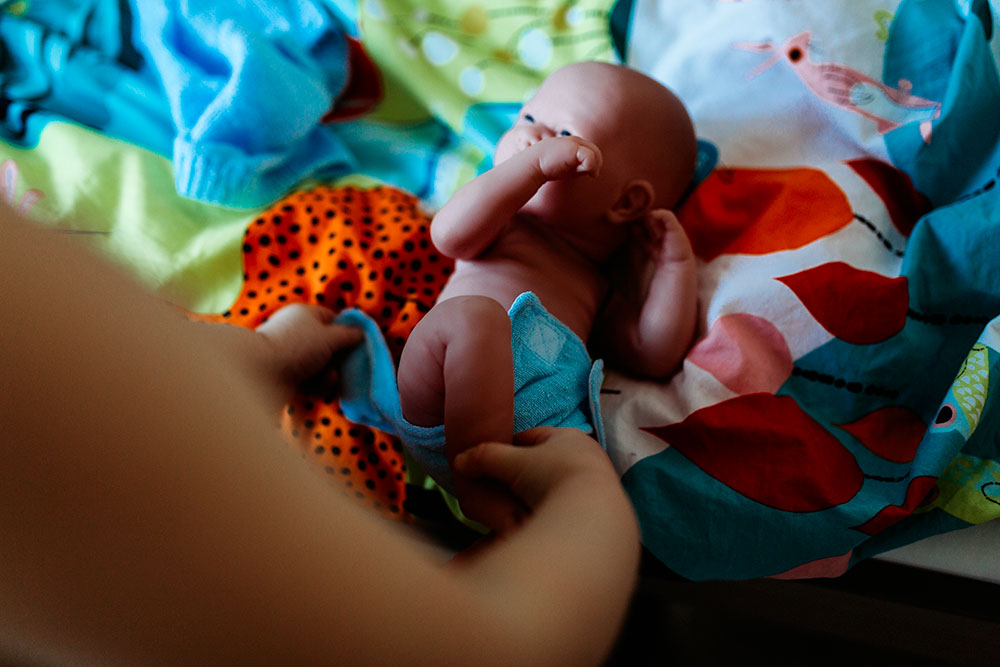 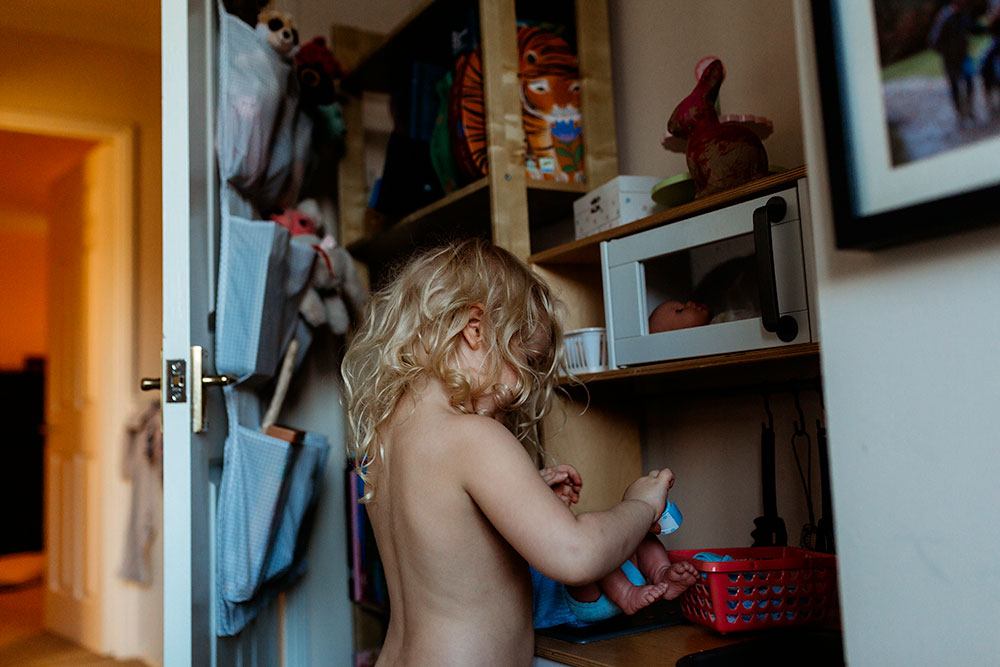 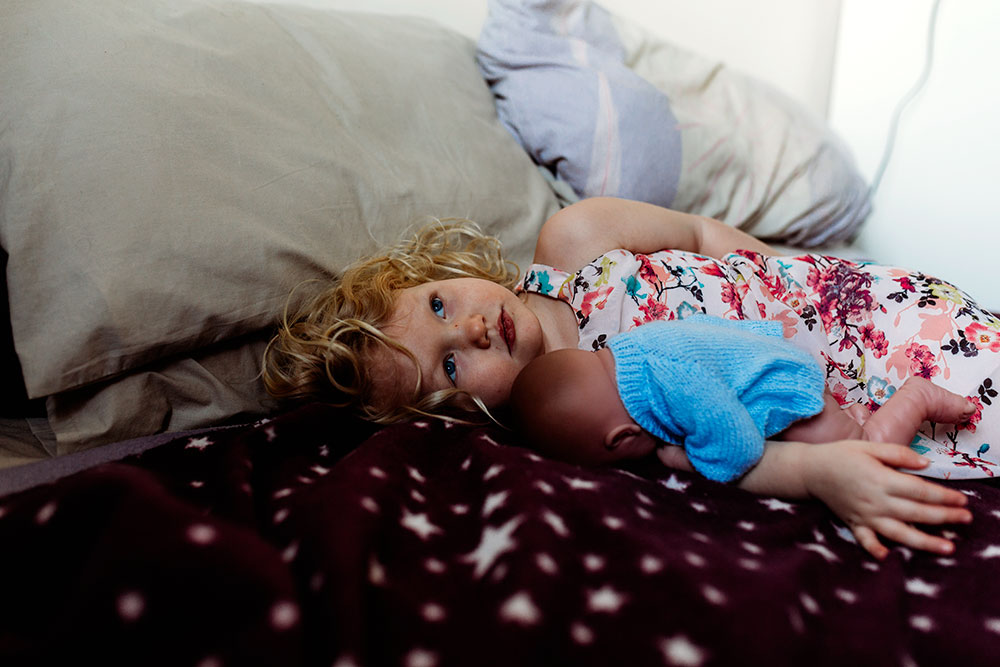 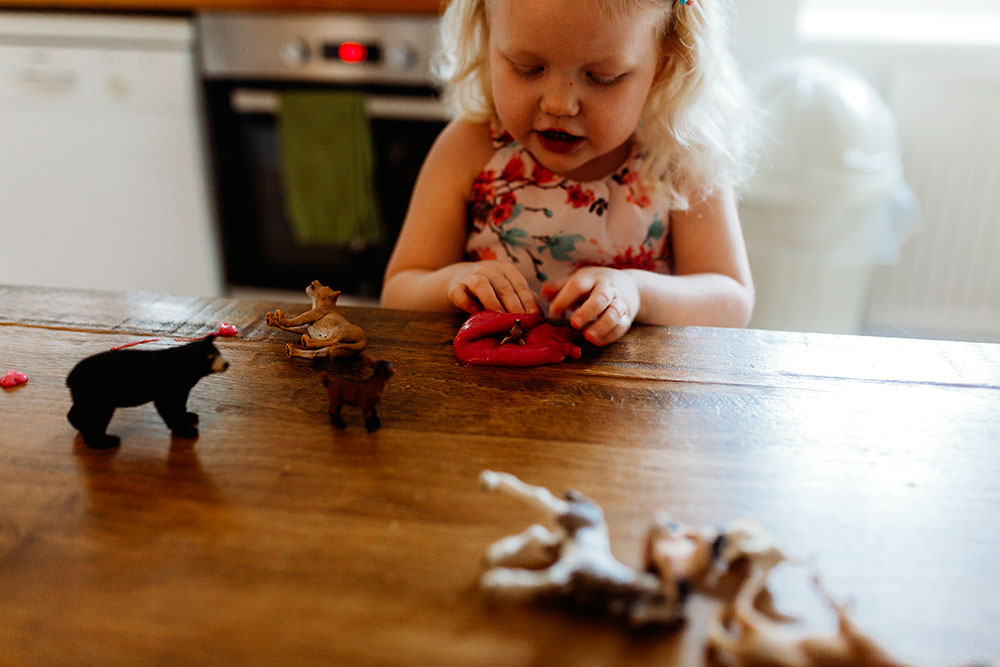 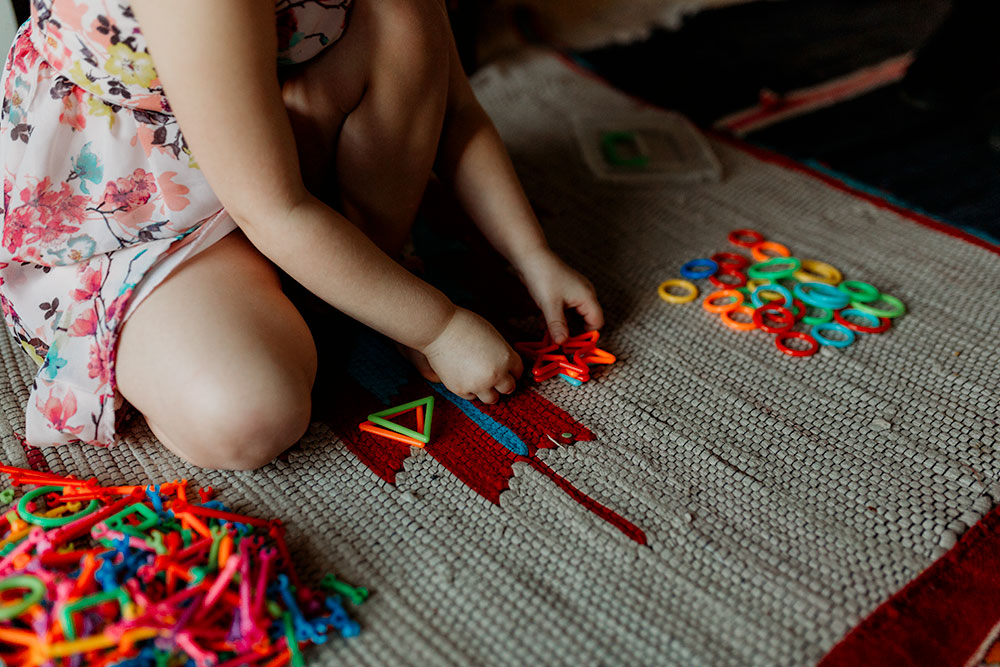 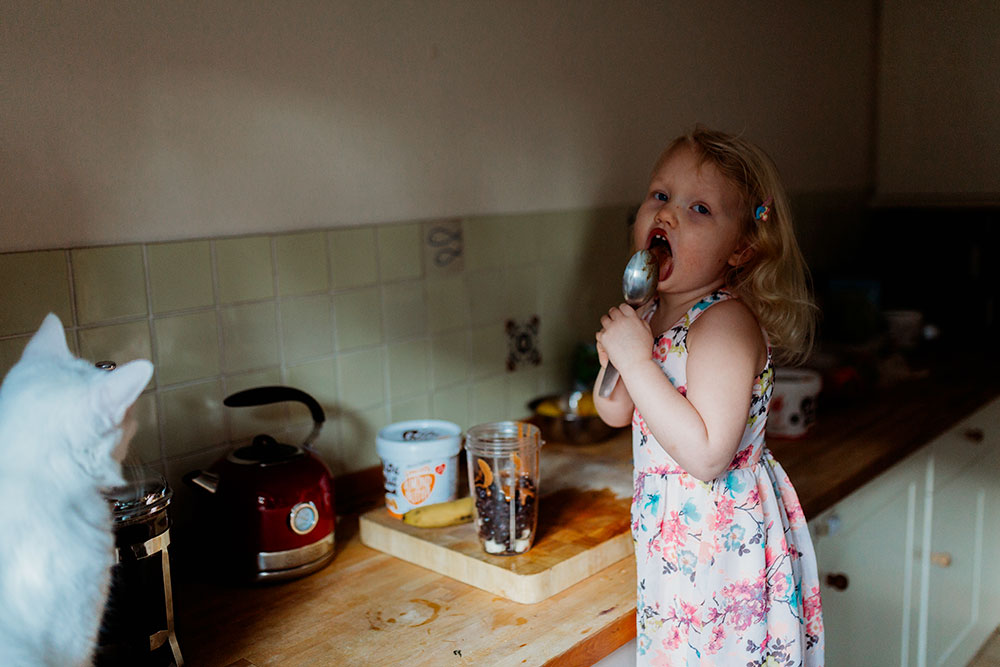 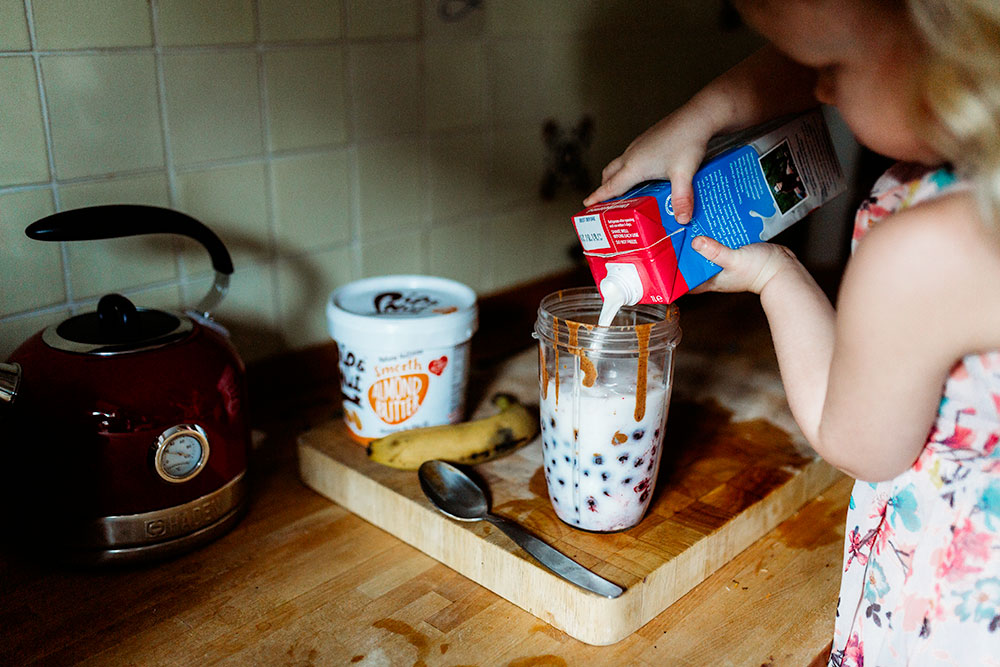 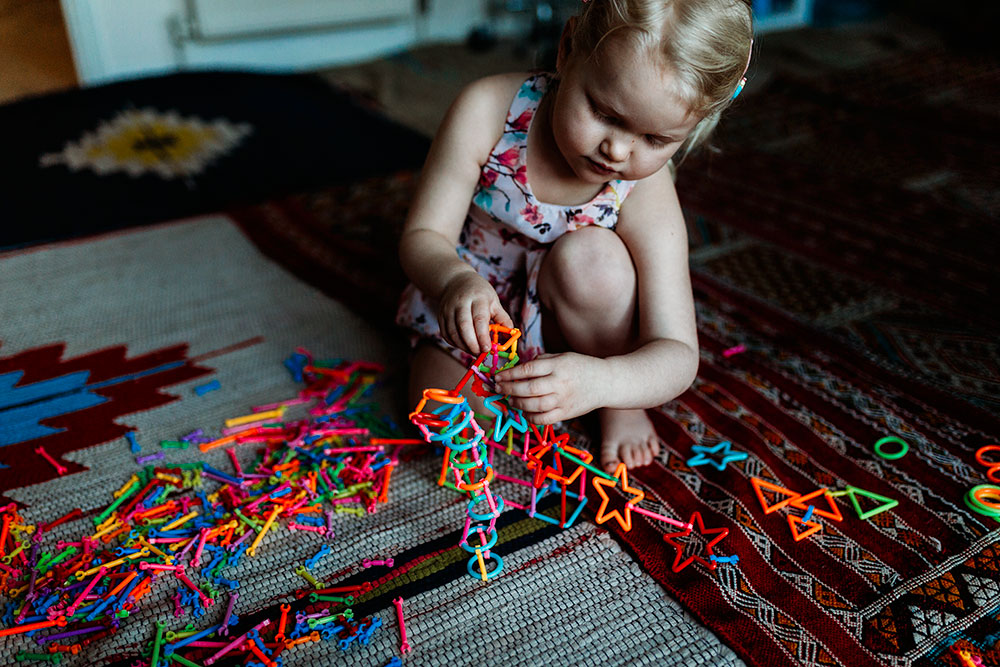 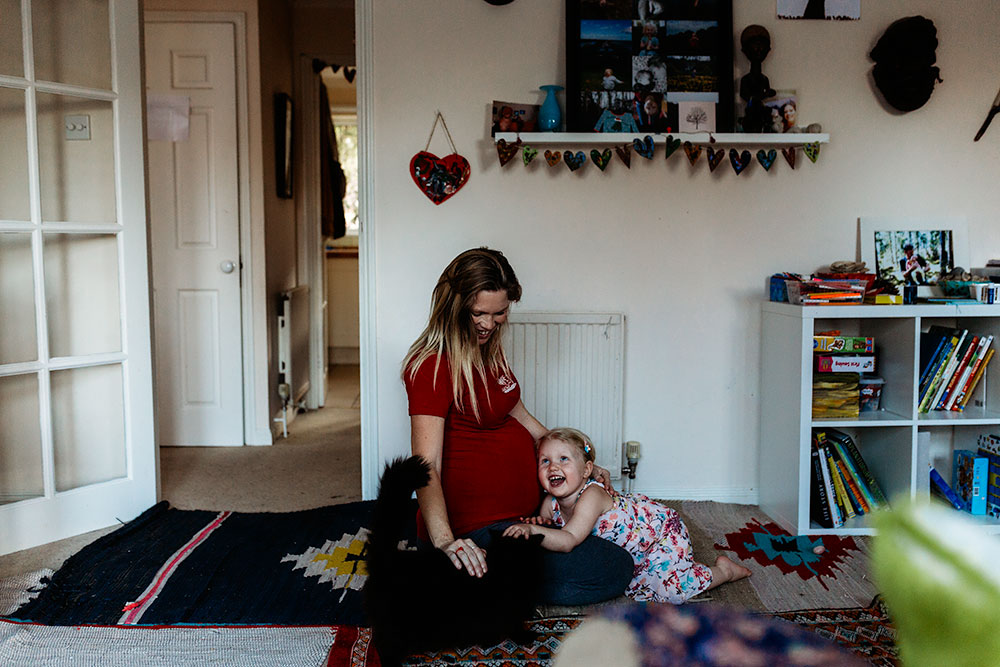 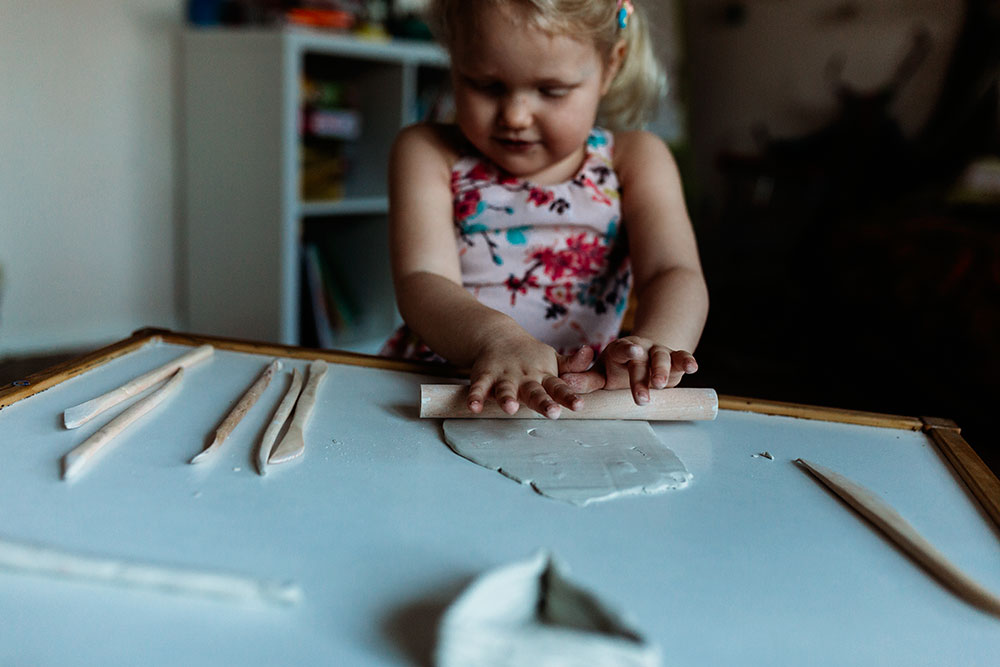 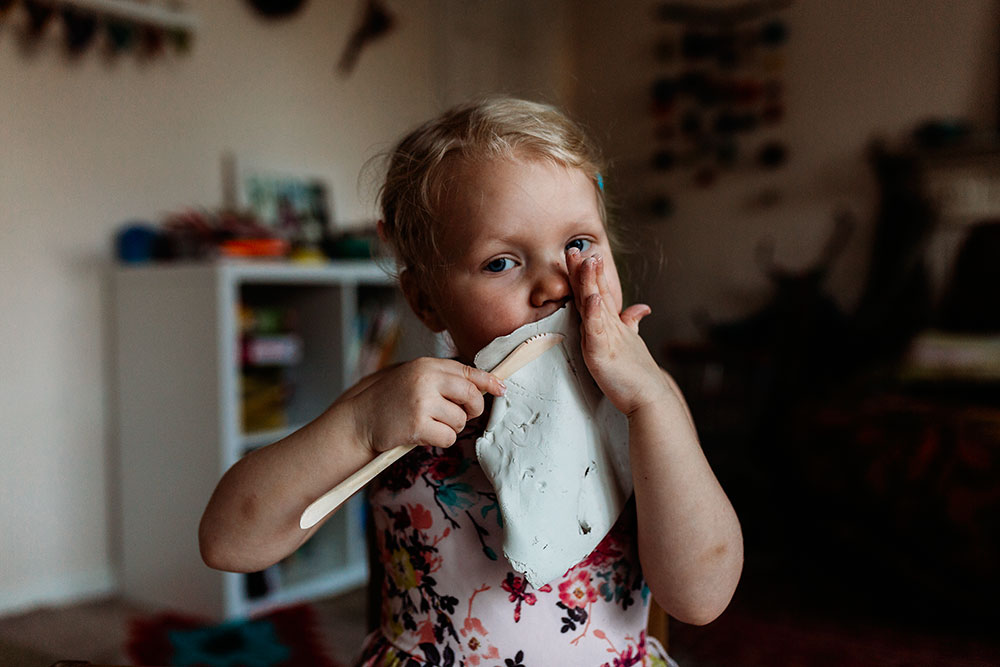 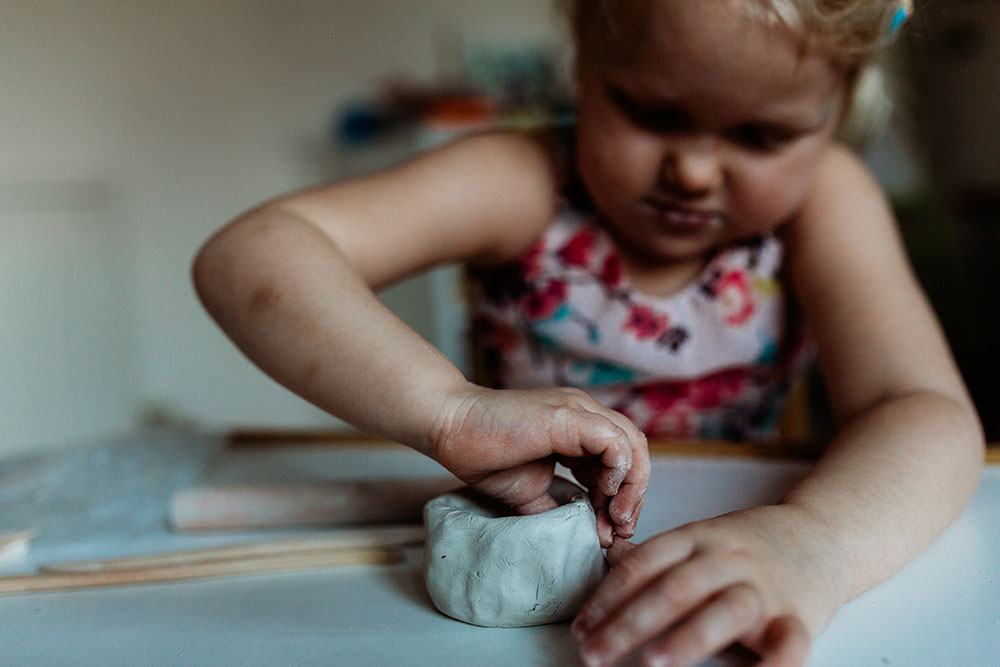 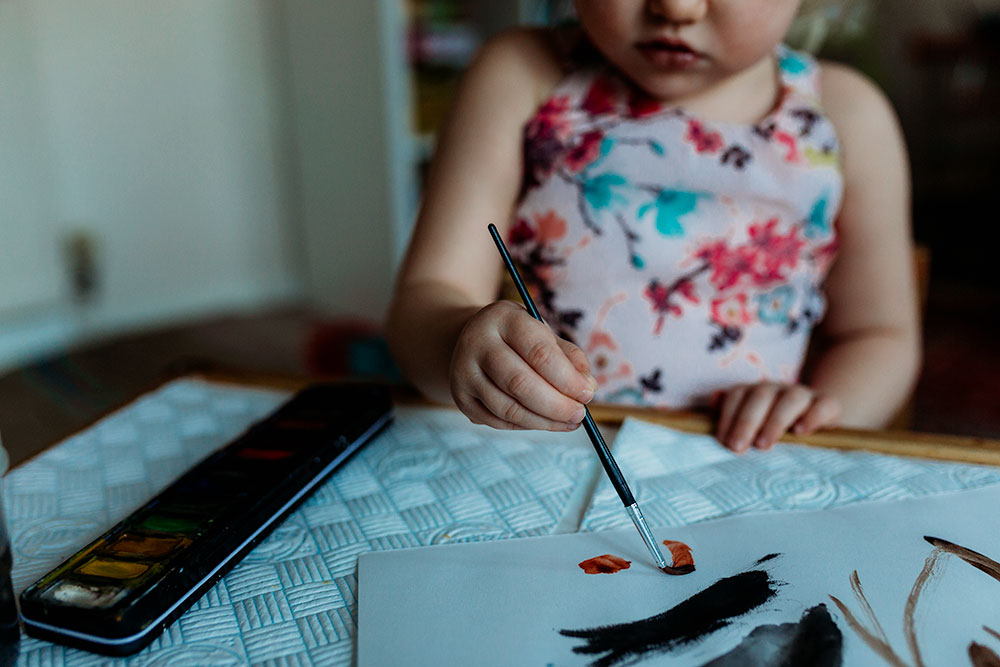 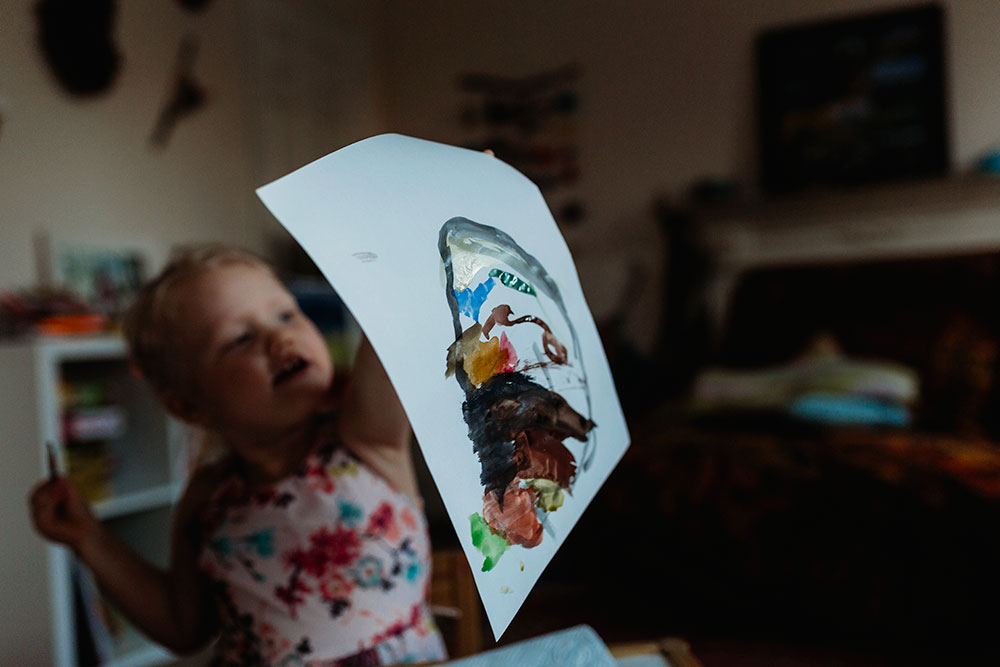 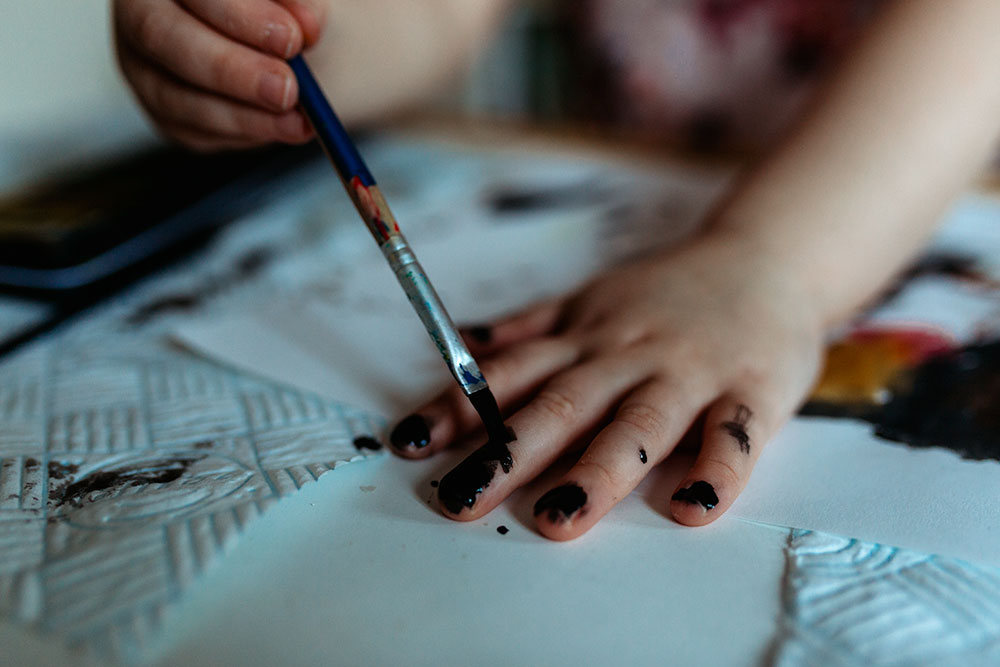 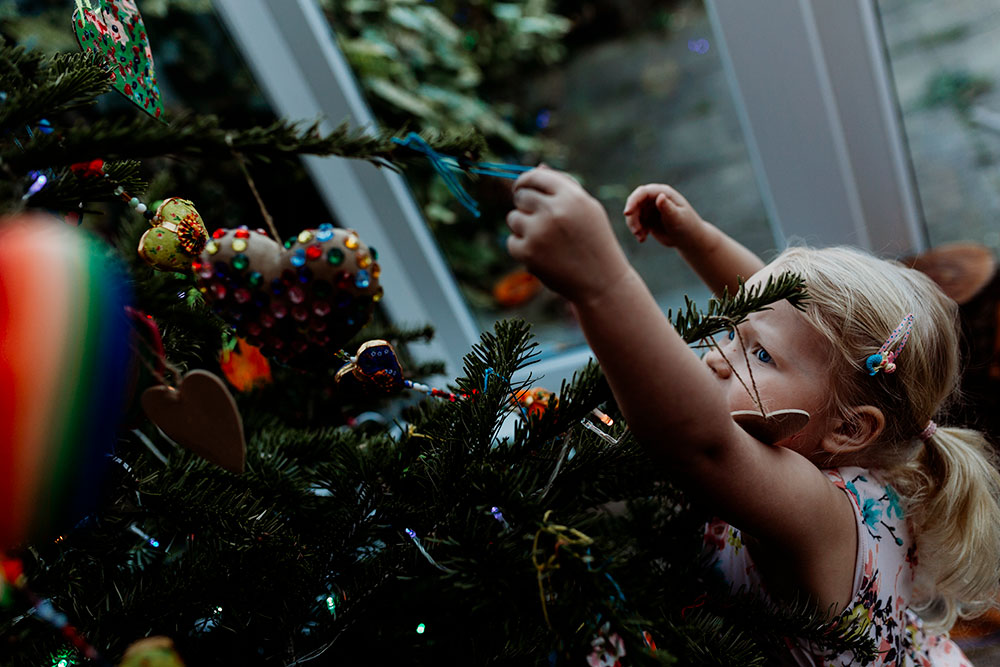 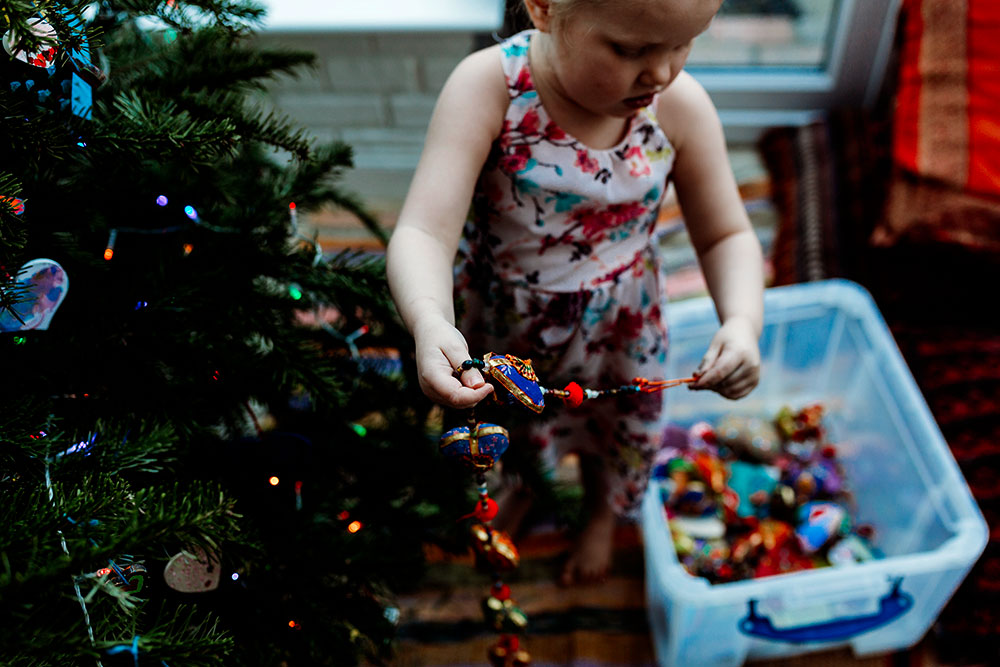 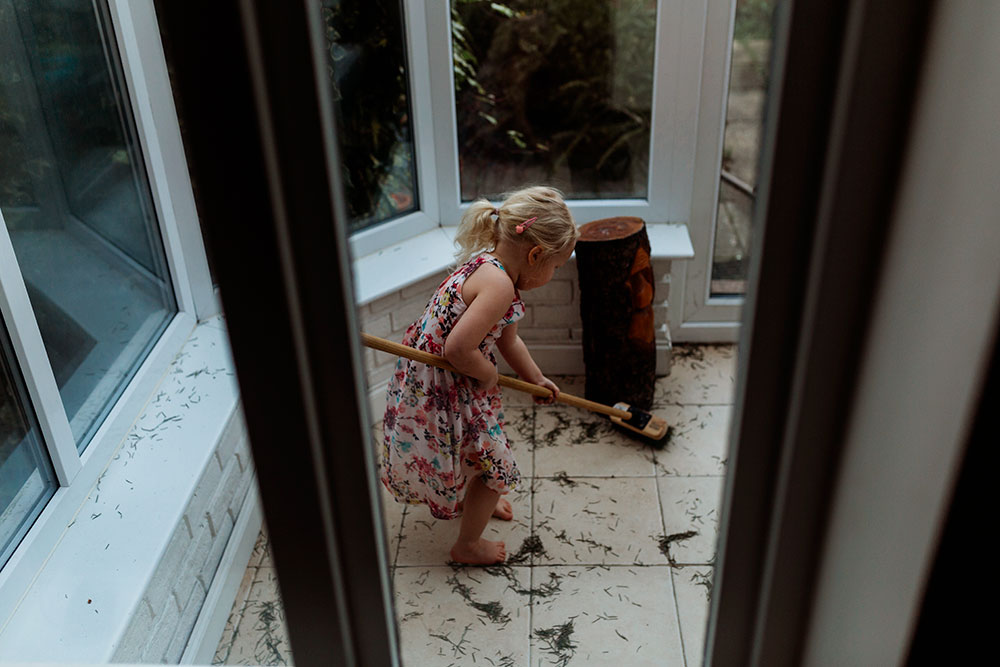 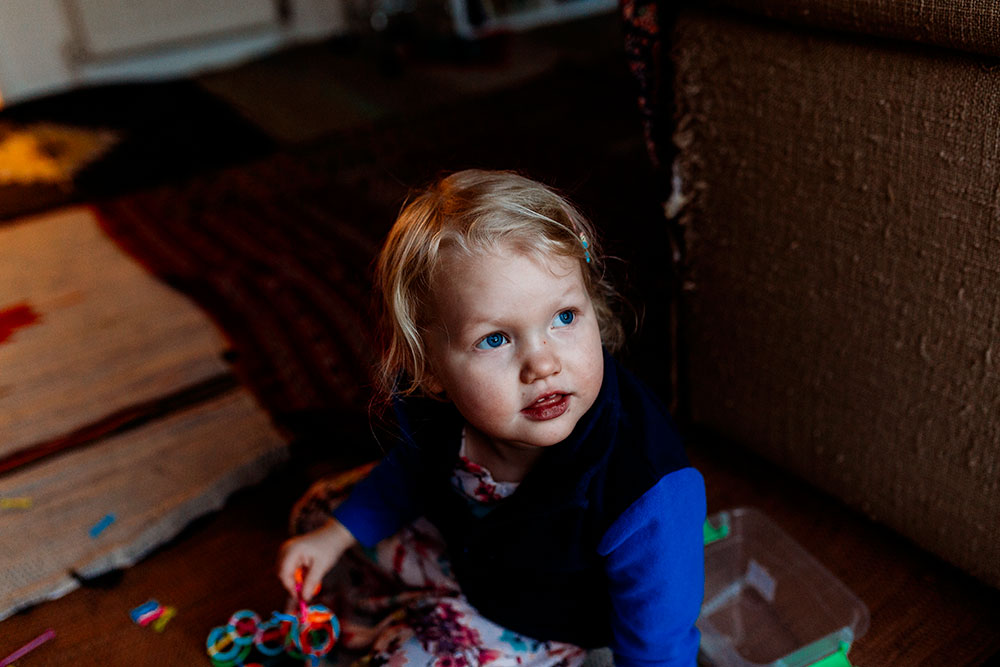 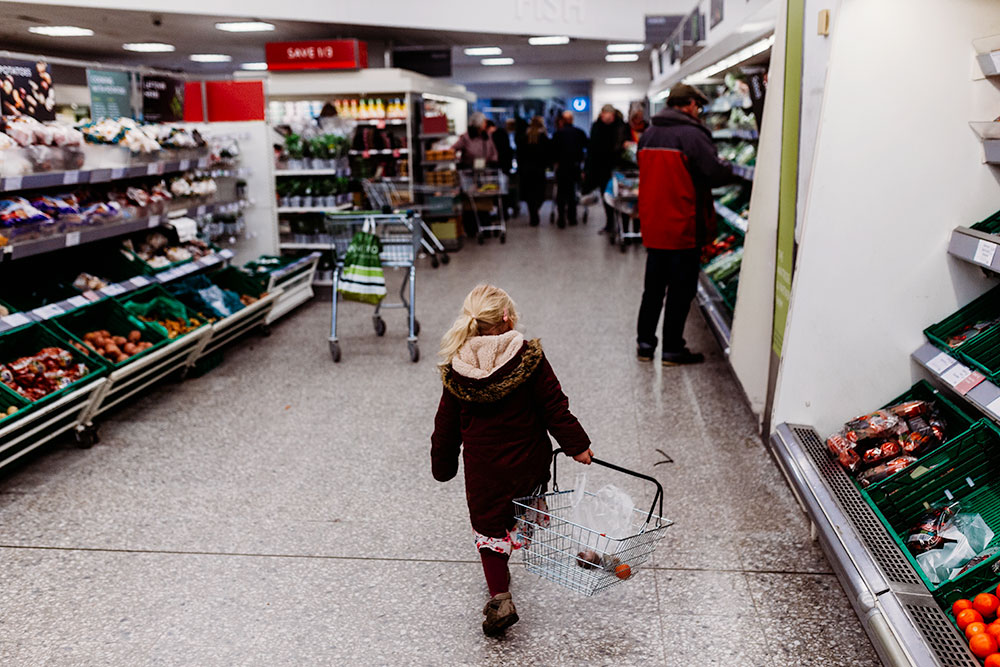 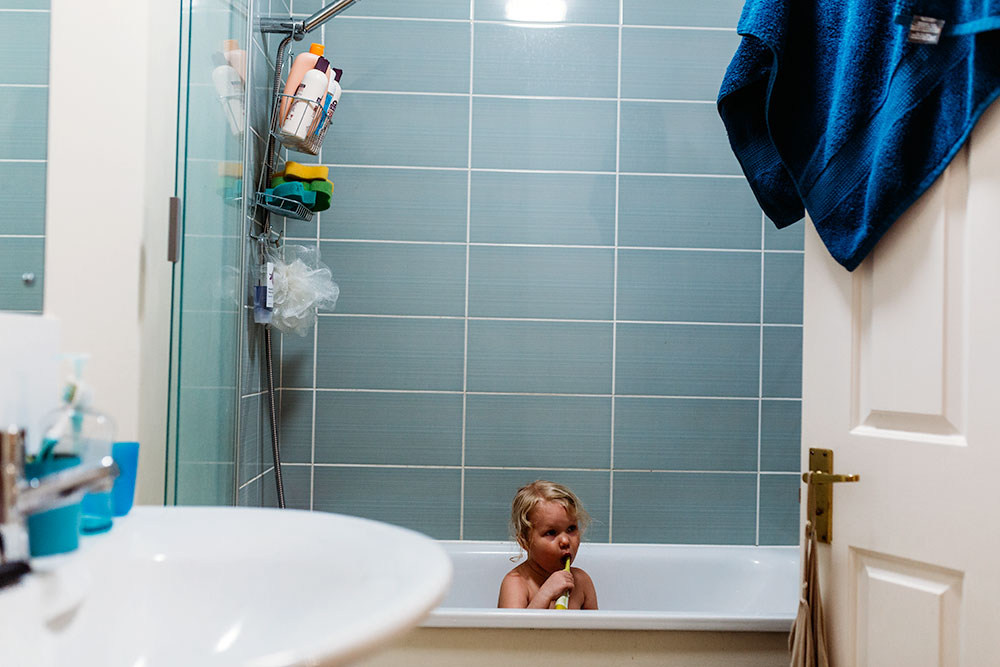 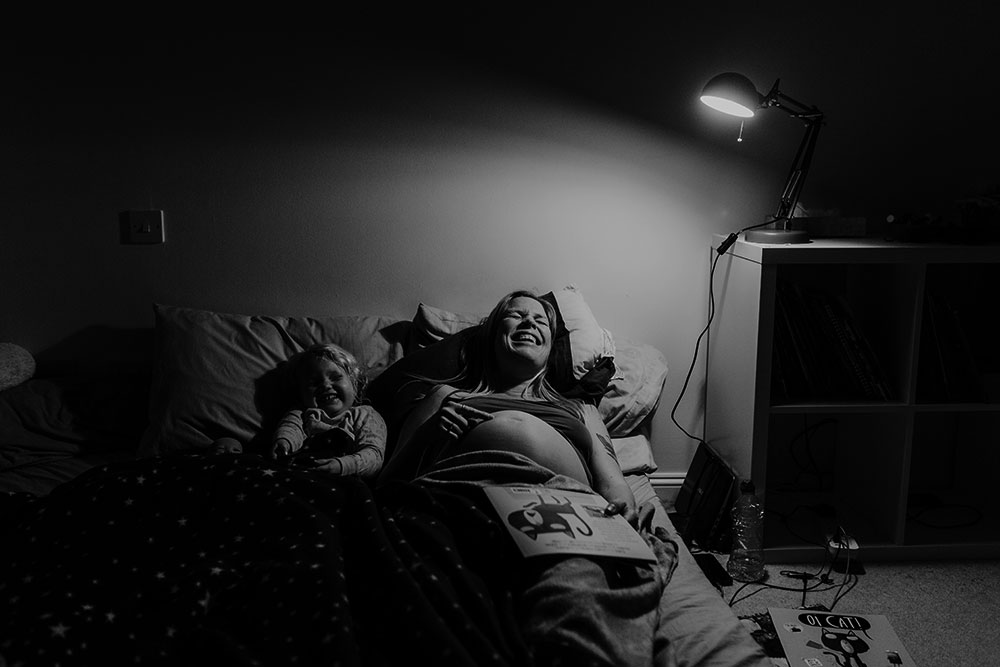