(Forrest) You like to wake up every 90 min to nurse, but you seemed a lot more settled through the night than the past few days so that made me happy, you're favourite way to fall back asleep is on my chest, sometimes if I try putting you down next to me you start really screaming at me. I hate seeing you uncomfortable and in pain,  you've been having lots of wind due to me having an oversupply of milk and a crazy fast letdown.

(Nixie) you stirred around 6:30, just when I had been able to put your brother down next to me so I could sleep, you immediately wanted to nurse, but it was actually perfect timing you woke when you did because my boob was so painfully engorged and I wouldn't have been able to fall asleep anyways so we cuddled and you nursed. Afterwards I tried to sleep but you wouldn't let me.  You and daddy went to change Forrest and then he was awake and needed to nurse.  You and daddy went downstairs and me and Forrest joined you guys a little bit later.

(Forrest) you really love to sit in my lap and stare at the African masks that are on the wall,  they have really captured your attention.  Your sister can't stop kissing you and cuddling you,  you put up with a lot,  you don't get very much space!  But you don't seem to mind most of the time,  you also give her kisses back and I mean some really smoochy kisses!  You also really love it when she holds you,  you especially love it when she sings to you,  your favourites are the planet song,  twinkle twinkle and old MacDonald. And whenever she hears you cry she tells me it hurts her heart. For the past few days unless you're sleeping you only want to be held,  which has made things a bit more challenging around here,  both you and your sister want my attention and it's made it really hard to get things I need to get done.

Daddy was ever so kind and made me a breakfast burrito, today is his last day working from home.  It's going to be a bit strange once he goes back to work in London, we've had him home with us for almost a month now!

(Nixie) you really wanted me to play with you but I was nursing Forrest, I wanted to play with you too and was waiting for him to fall asleep so that you and I could have some one on one time together.  We all went upstairs to your room and eventually Forrest fell asleep and I could put him down but before he did you loved introducing him to Betty the kiss monster,  it warmed my heart because Betty was with you when you were a tiny baby.  You and I had a lot of fun playing with your animals and then building towers out of your Lego.

Afterwards we left Forrest with daddy and went downstairs and did some arts and crafts, you had seen a butterfly made out of hearts on Pinterest and really wanted to make one so we did. It started out that we were both making one,  you were doing such a great job with cutting and actually cut out your very first heart and you were so proud of it! But in the end you no longer wanted to make a butterfly and instead wanted to make daddy a card and since it's Valentine's Day tomorrow it was perfect timing  (I hadn't realised it was,  it's not a day we usually celebrate)

Taking advantage of Forrest still being asleep,  we left him at home with daddy & you and I went to waitrose on our own. But just as we left I knew we needed to hurry because I could feel the let down in my boobs,  and knew it wouldn't be long before he needed me.  We weren't gone long at all, just long enough for you to choose a bunch of chocolate treats for daddy. When we returned home, daddy was already at the front door holding Forrest trying to soothe him, he really missed me and needed to  nurse.

Afterwards it was time to clean our fish tank with frogspawn and to get the new one that arrived today ready for the frogspawn (we realised we had way too much so needed to order another tank). You love doing anything as long as we're doing it together and you get to be part of a team,  you love to say "that was really good team work!" after every task.

Just when we had finished Forrest needed to nurse again, you had some lunch and then you played some more with your Lego,  trying to see how high you could build a tower which you called your measuring tower.  Once I was able to put down your brother I was able to do it with you which was lots of fun,  you were determined to try to make it as tall as me but we never managed that.

One thing that's really changed is you wanting to nurse all the time, well thats a bit of an exaggeration but you are definitely nursing way more than you had been by a big amount! It's become a regular thing again I've also heard you say when you're in the midst of your imaginary role play games  that you wish you were a baby again that you want to be born again!  Hearing you say these things breaks my heart but I think that's one of the reasons for you nursing again,  it makes you feel closer to me and makes you feel secure amidst all the changes taking place.  You even pretend to cry sometimes saying you're Forrest right before nursing, all I want you to know is that I'm always going to be here for you no matter what,  I love you more than you'll ever be able to comprehend.

We took advantage of daddy working from home and had him drop us off at the seawall. I had been craving the sea air and having a relax at our little beach. It was such a beautiful day out too,  the sun was shining,  it didn't feel cold and really felt like spring was in the air.  I carried Forrest in the wrap and off we went. It felt so great being there with the both of you.  It was your brother's first time by the sea although he was asleep most of the time and I don't think he even realised where we were! You and I were treasure hunting and we found lots of treasures,  you filled my pockets to the brim.  At one point you really wanted to hold Forrest and show him the sand and your shells so I took him out of the wrap and placed him in your arms,  he was so content,  and stayed mostly asleep,  I think he really liked feeling the sun on his face and the sound of the waves.  After a couple of hours I called daddy and he came and picked us up.

Once we arrived home it was time for dinner and then some more playing. Since daddy won't be home tomorrow, we wrapped his Valentine's Day chocolates just so you could give him them tonight.  But I knew the real reason why you so desperately wanted to give him his present: you wanted to eat his chocolates for yourself!  And you managed to shove 4 pieces into your mouth before I even had a chance to blink!!

Daddy is already sad that he won't see you in the evenings and possibly mornings too other than on the weekends so he really wanted to do bath and bed tonight.  Me and Forrest snuggled on the couch. But before bed and after bath you came running down the stairs to say goodnight and give me cuddles and to also nurse again. You were making me laugh because you saw I had the camera set up and you started to pick your nose and I noticed it and called you out on it which made you have the biggest giggles ever,  it was the perfect ending to the day. 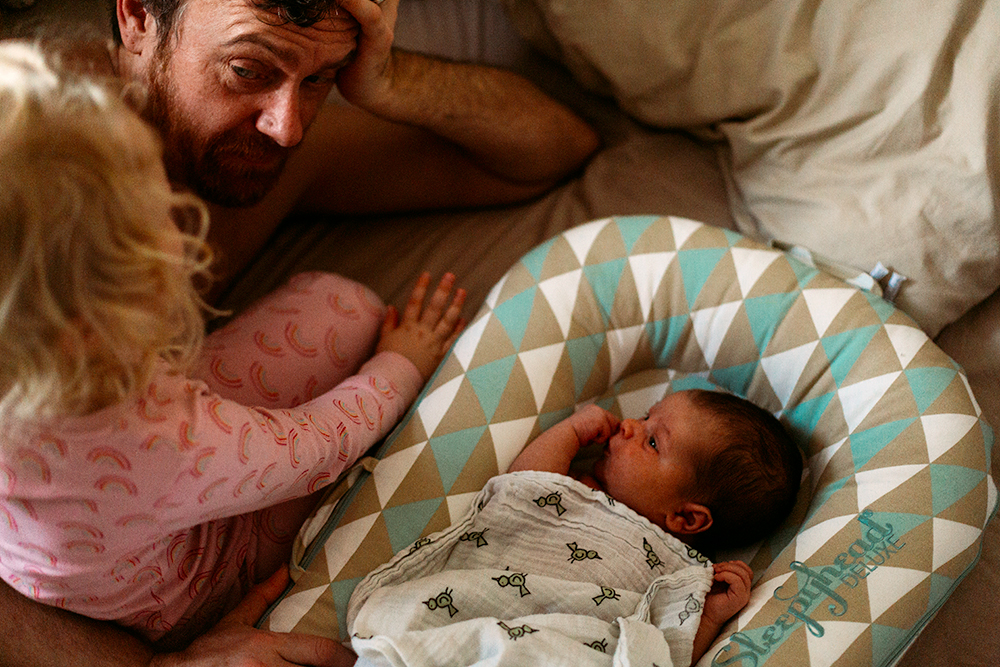 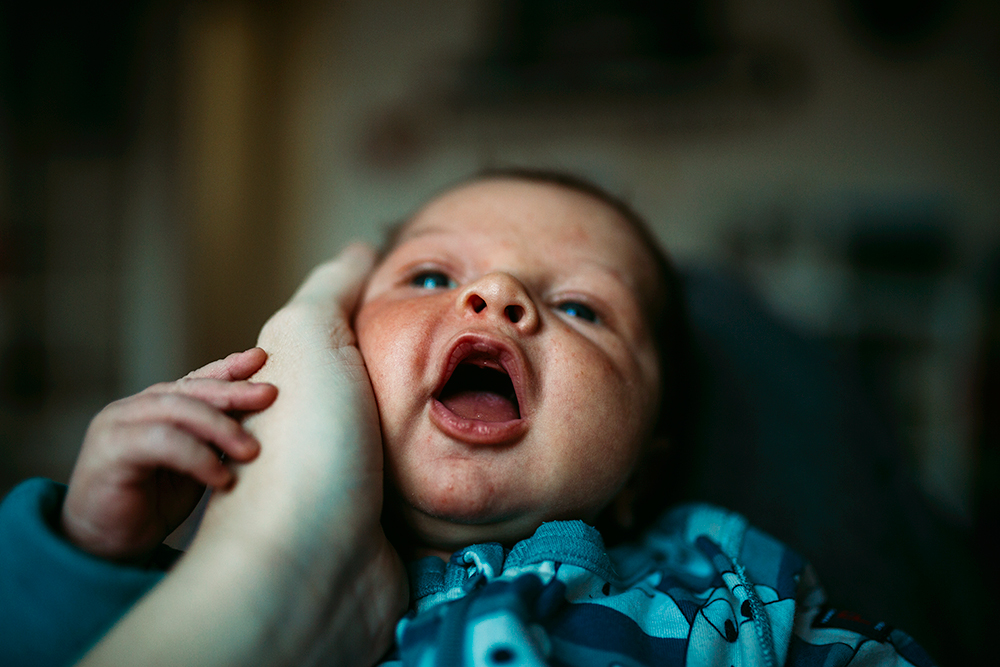 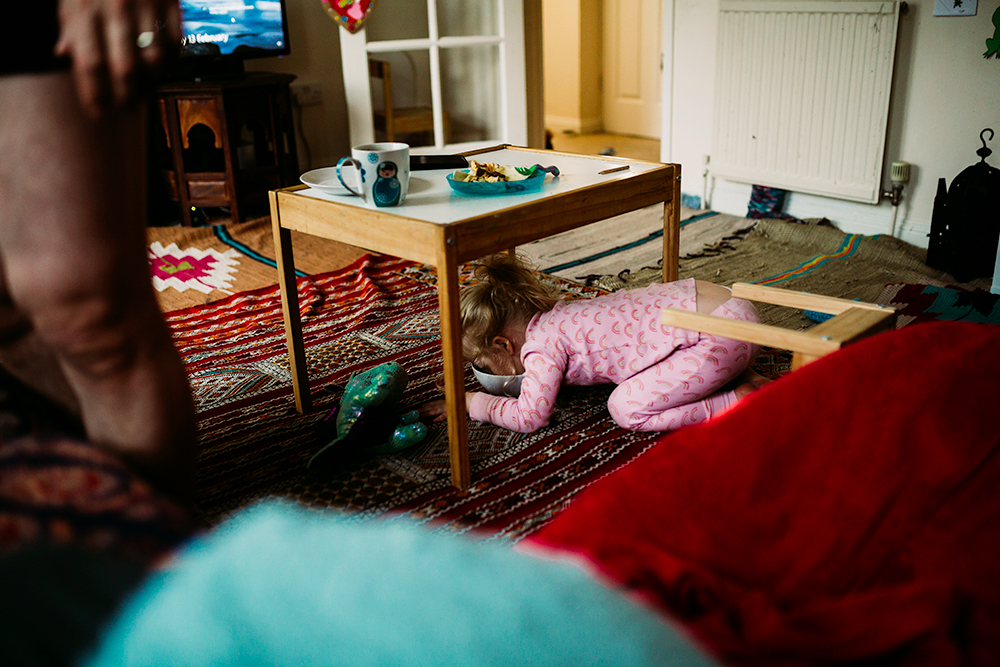 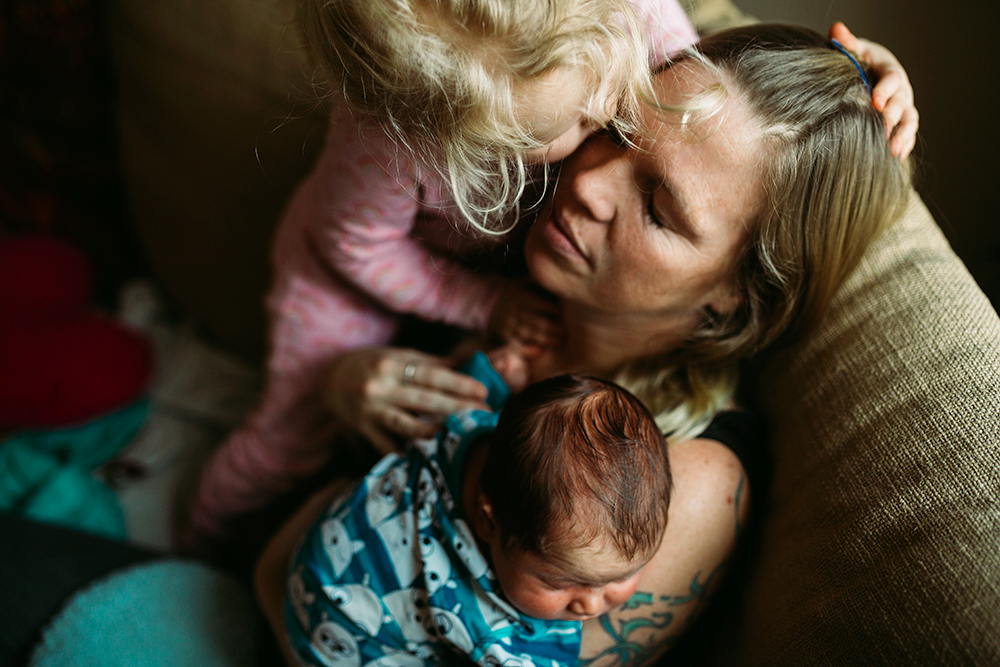 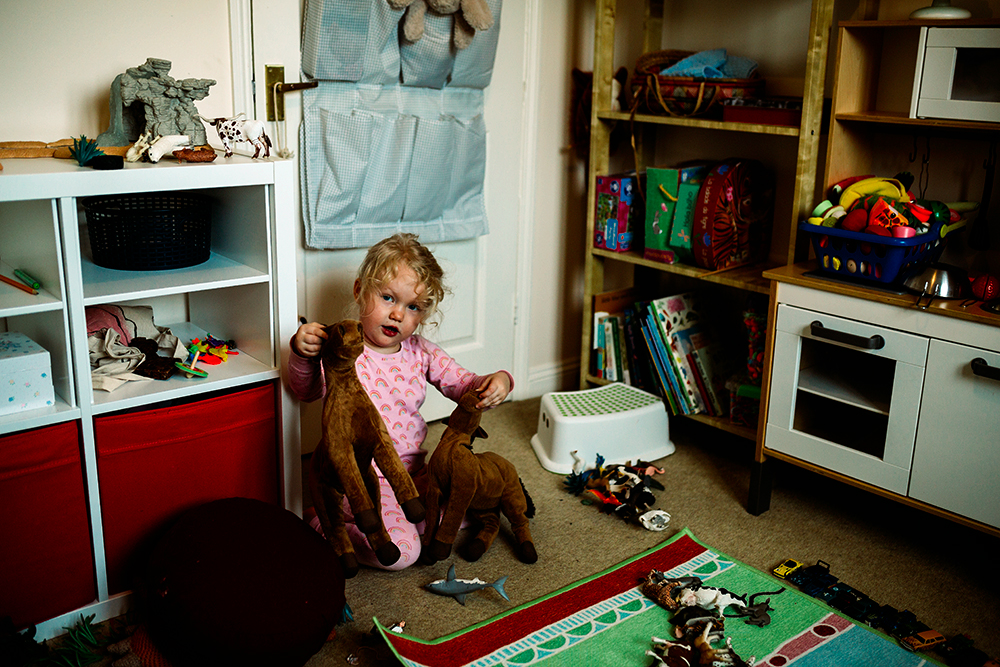 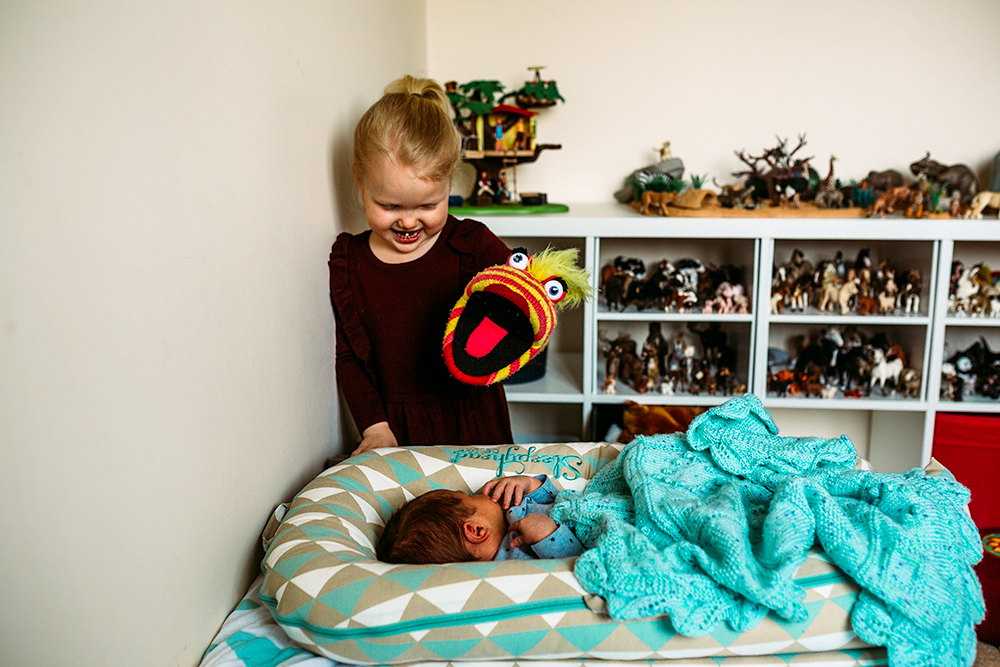 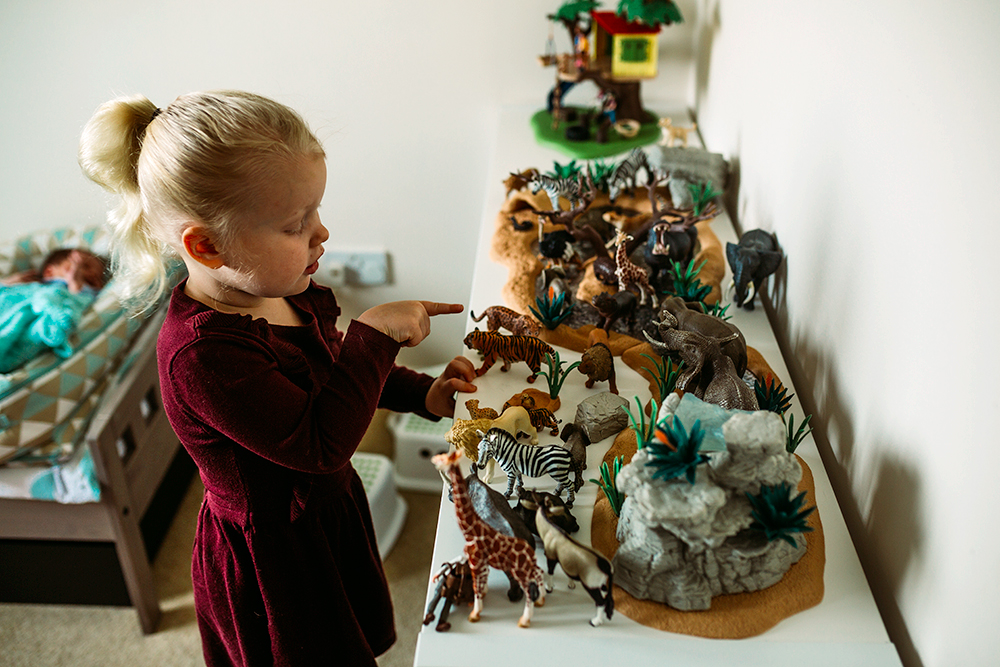 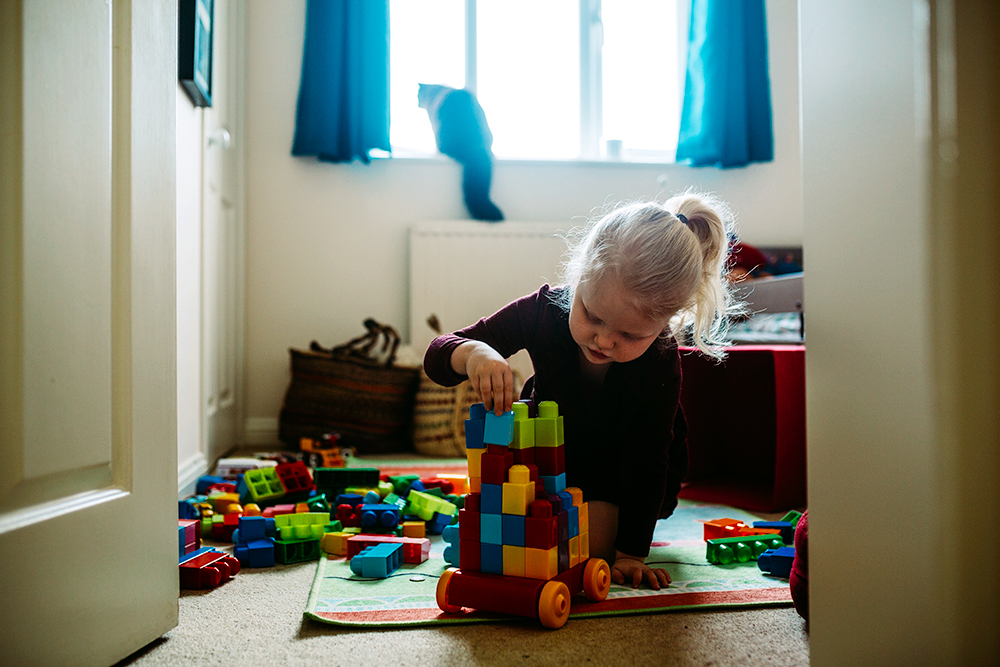 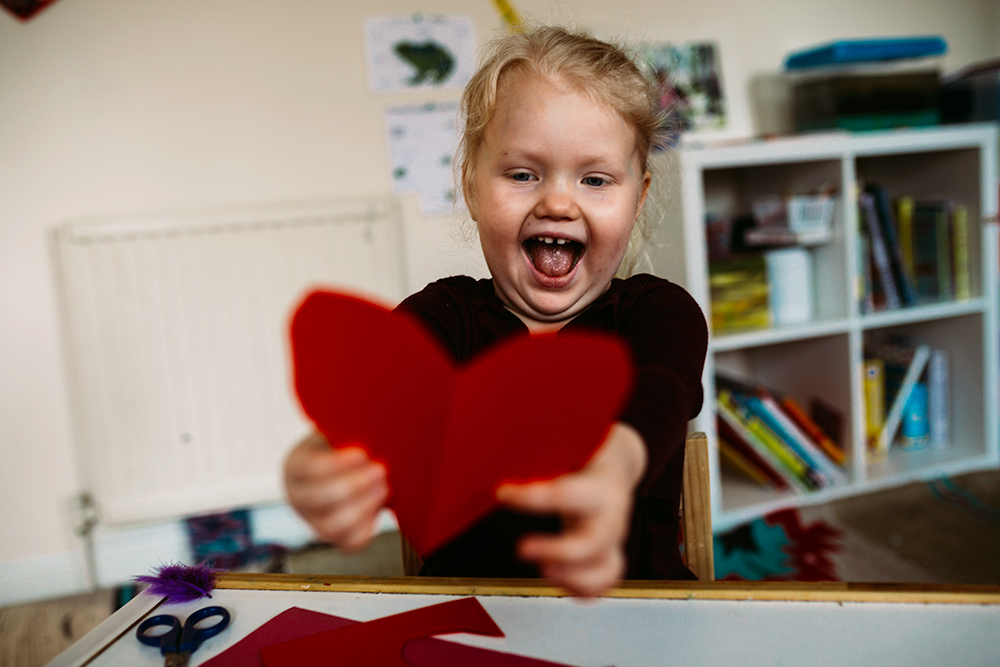 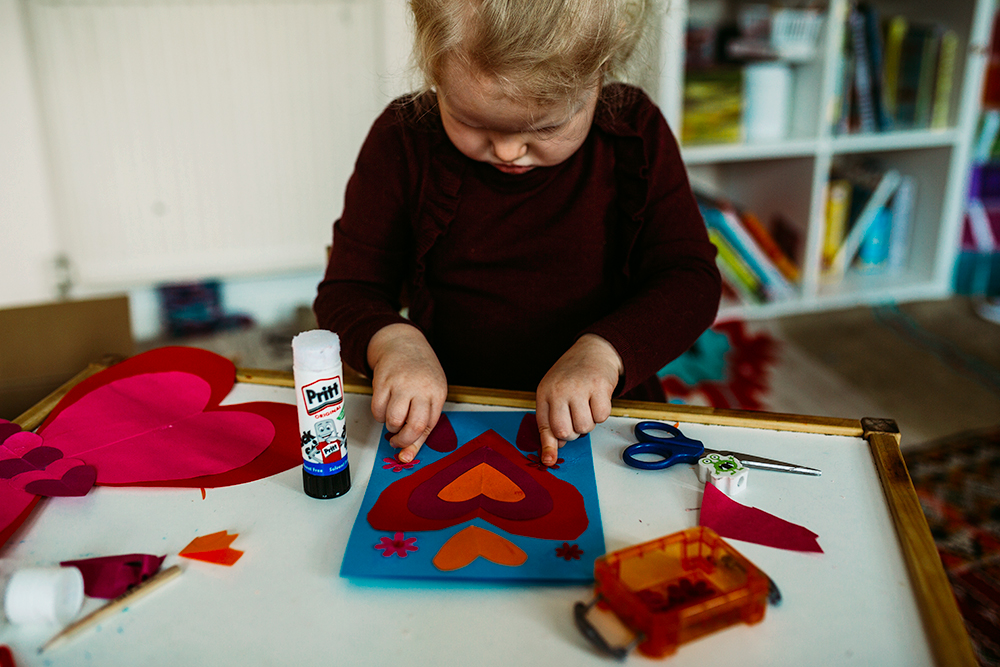 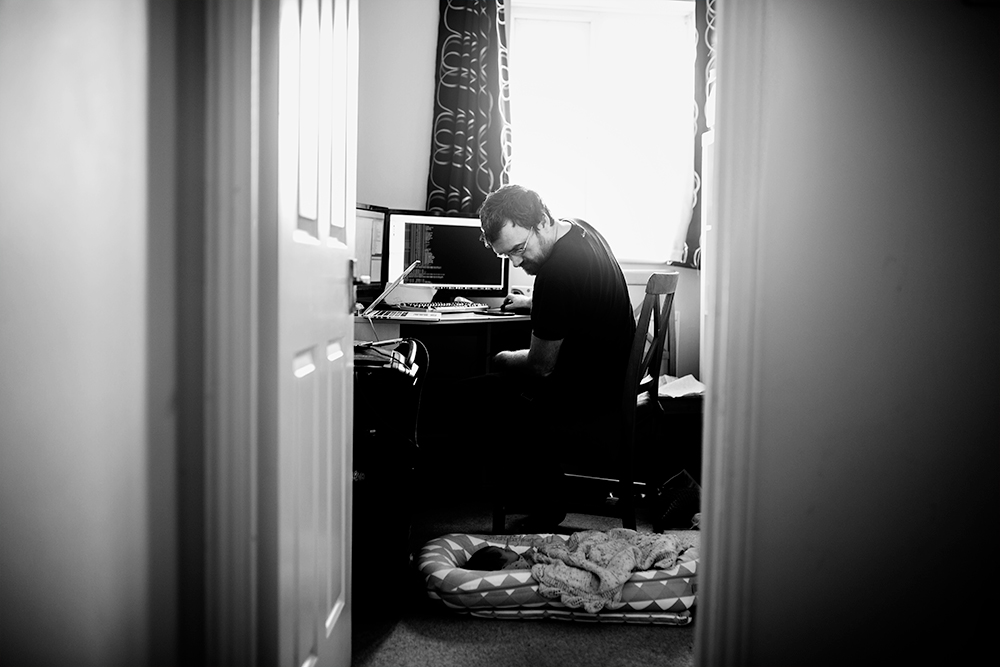 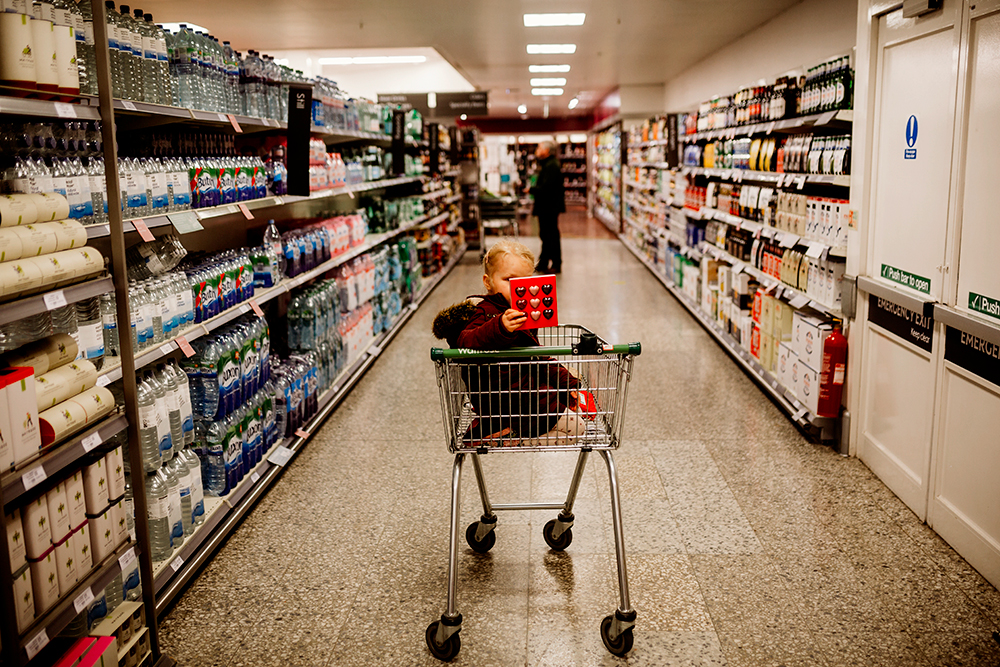 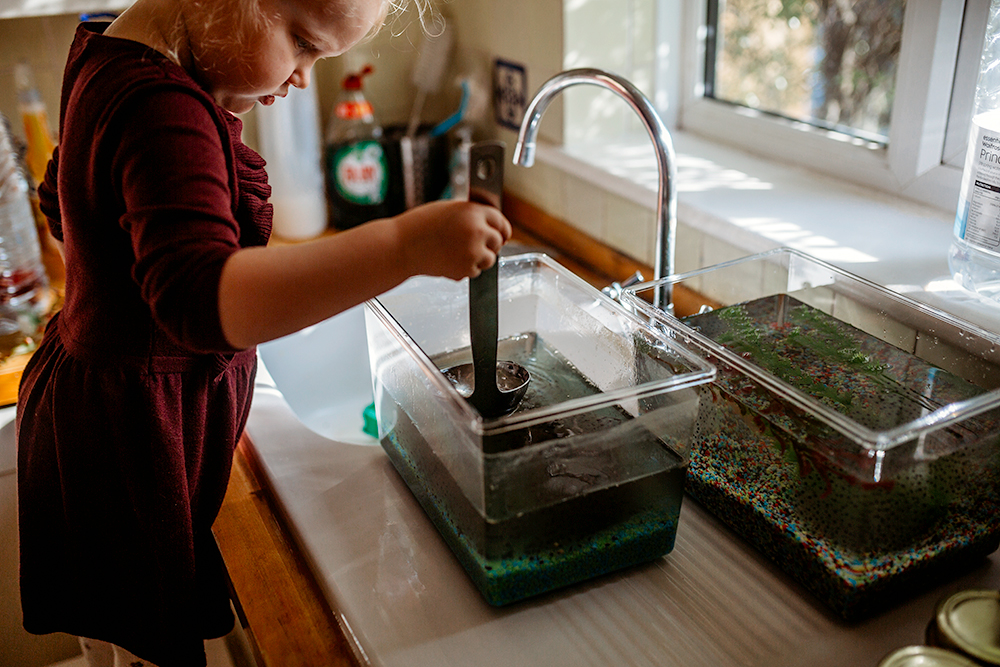 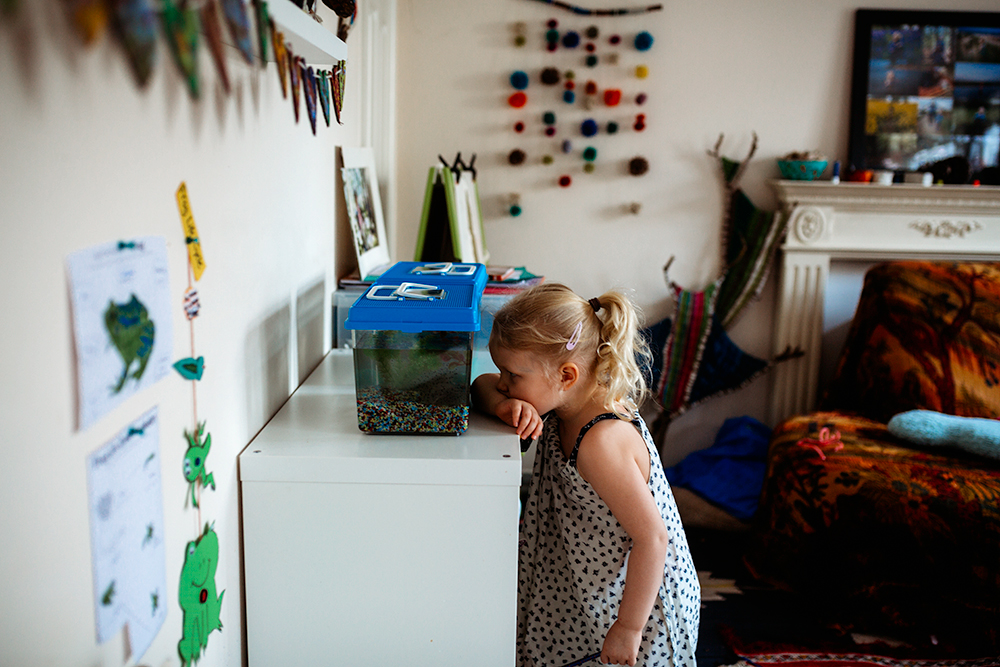 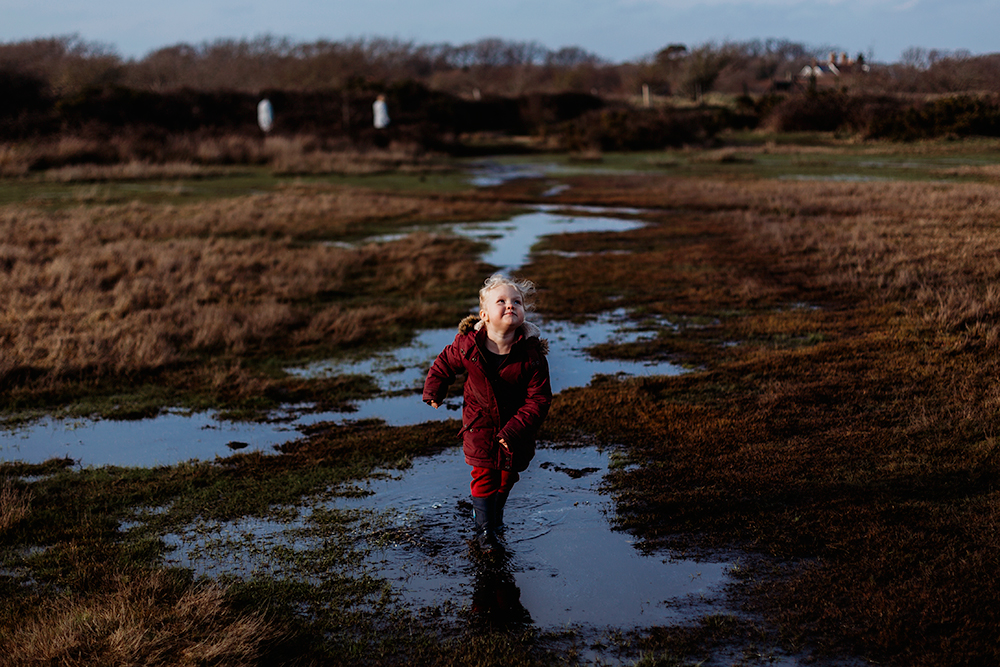 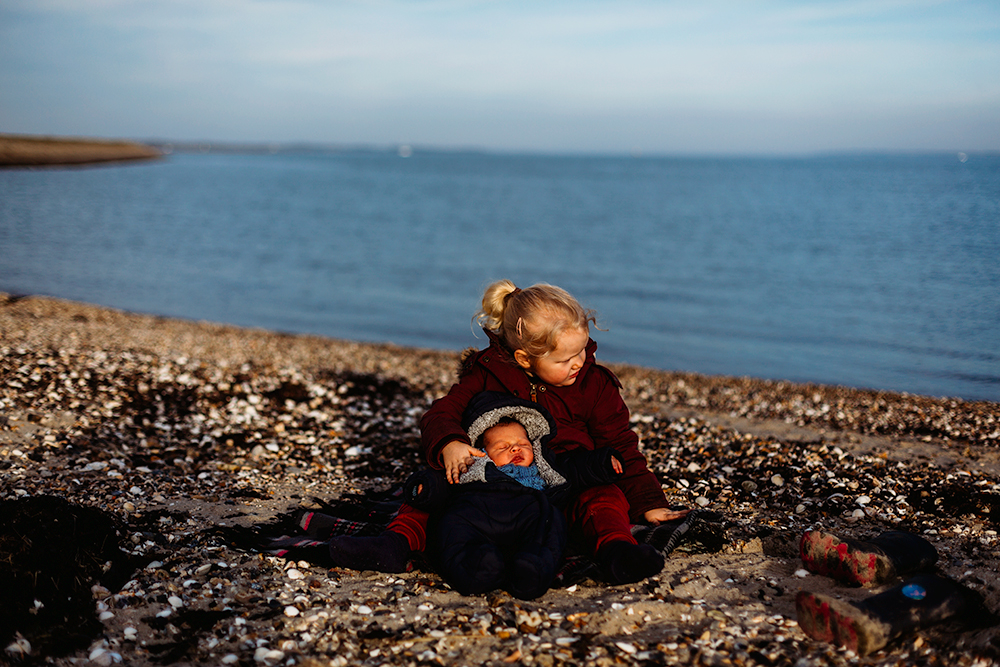 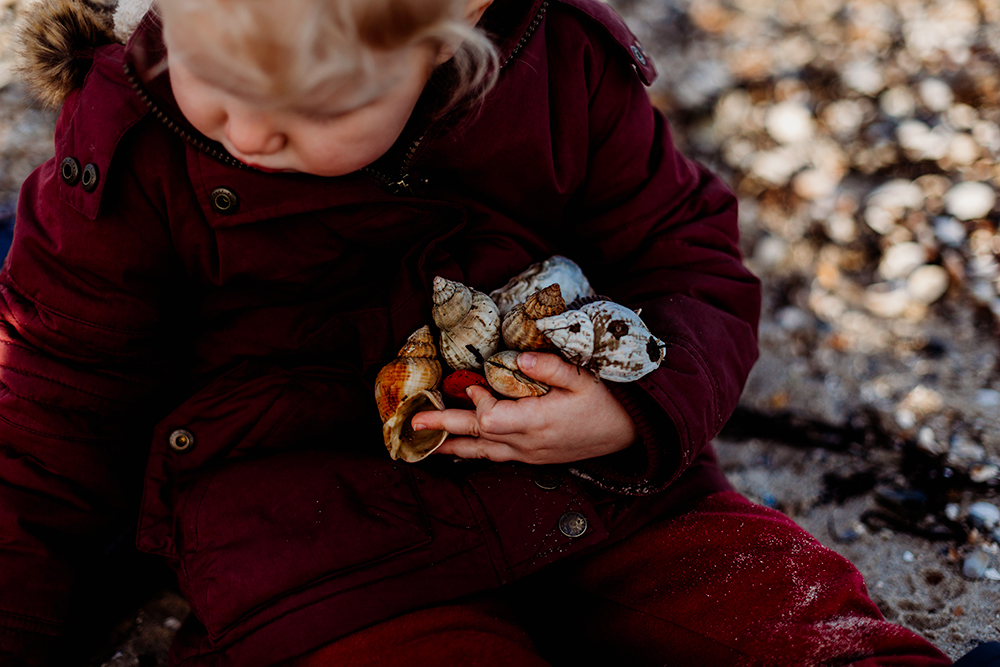 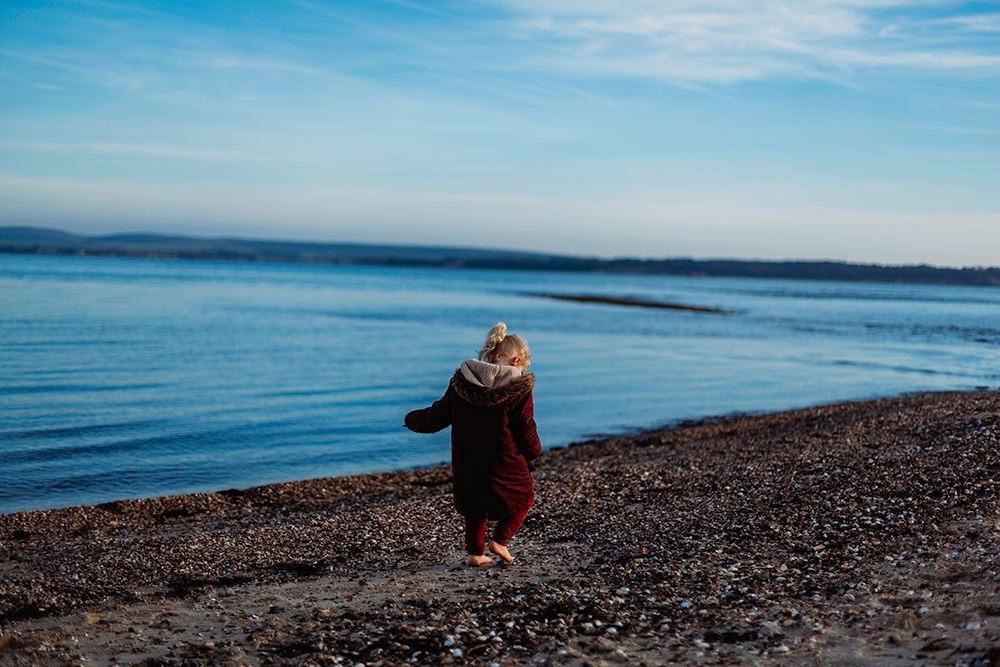 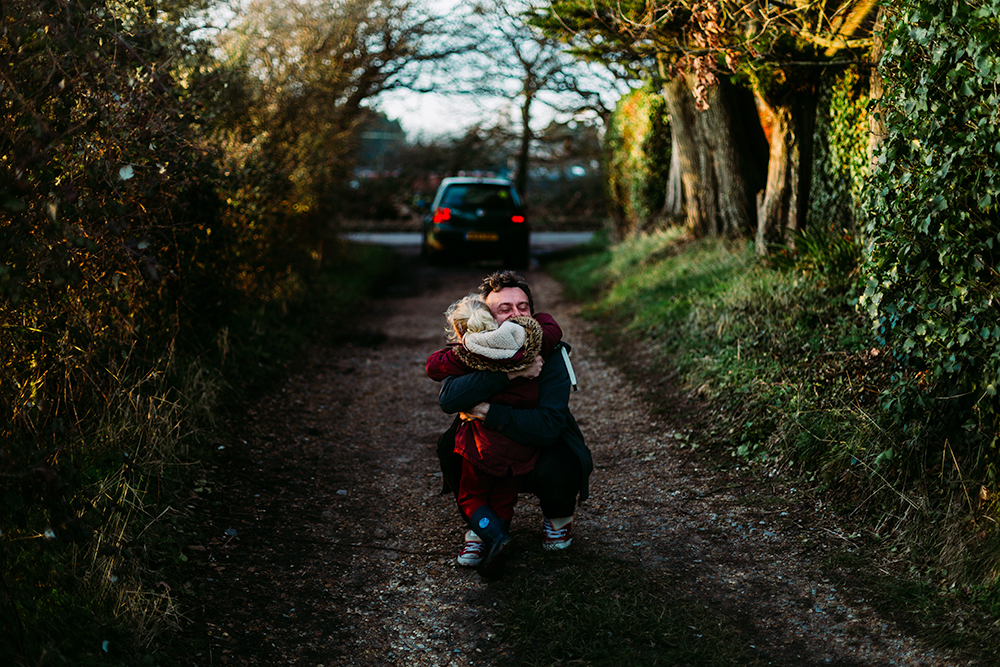 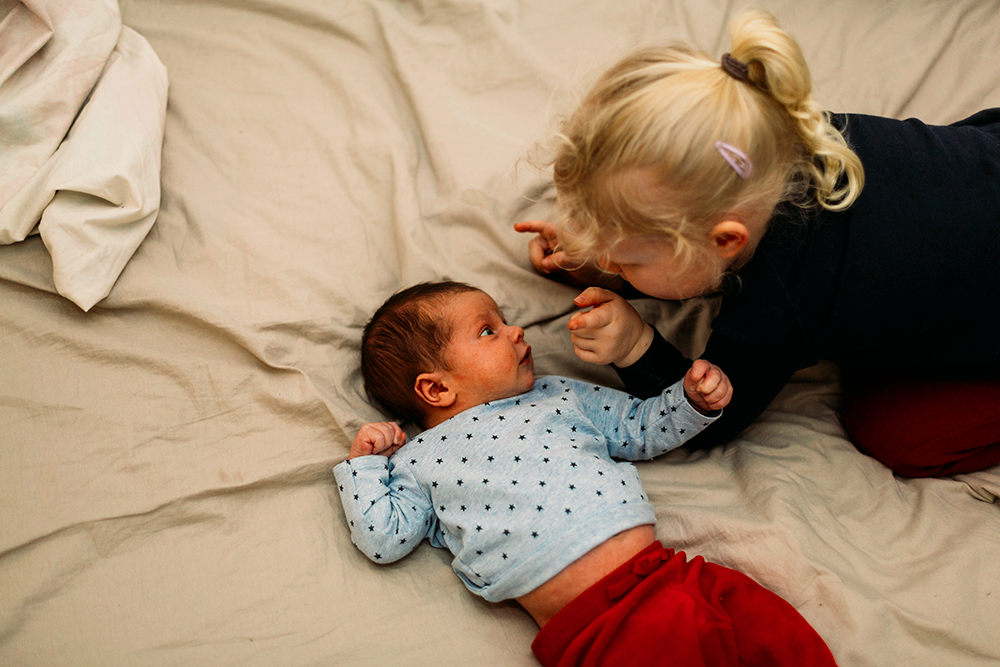 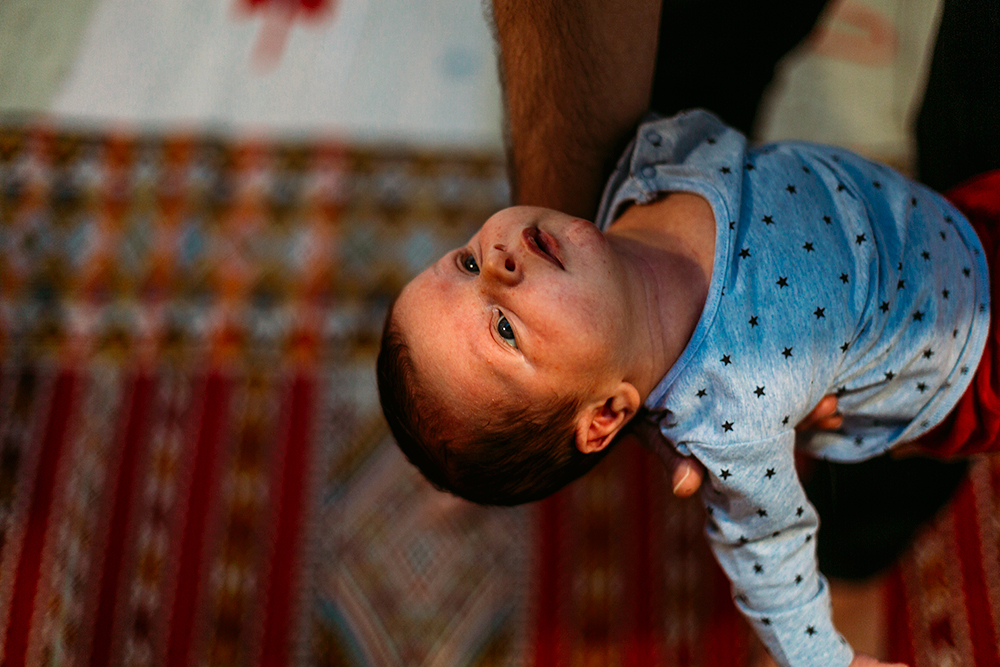 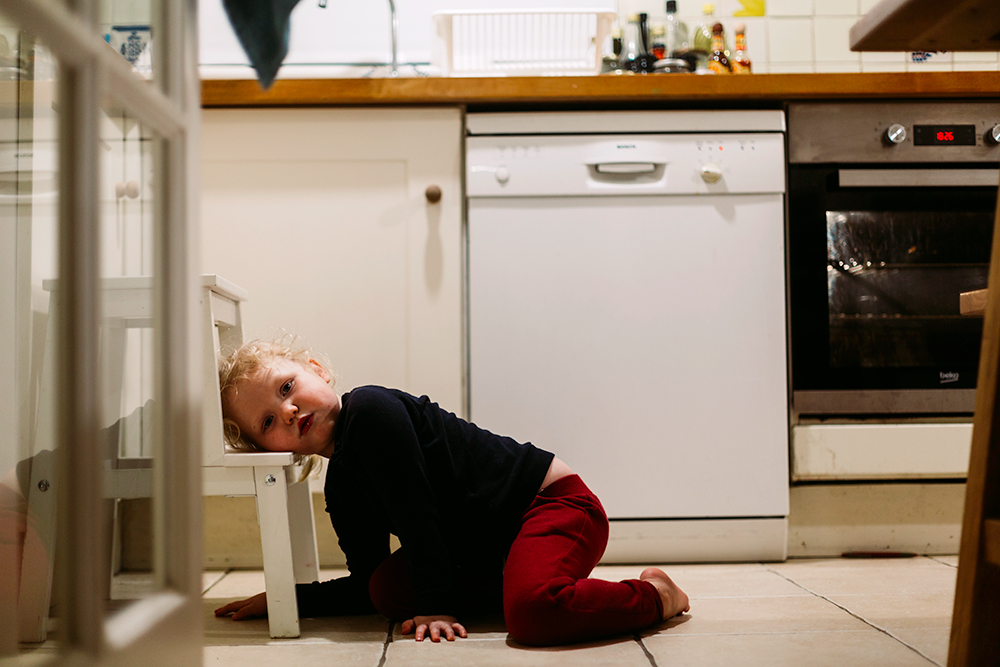 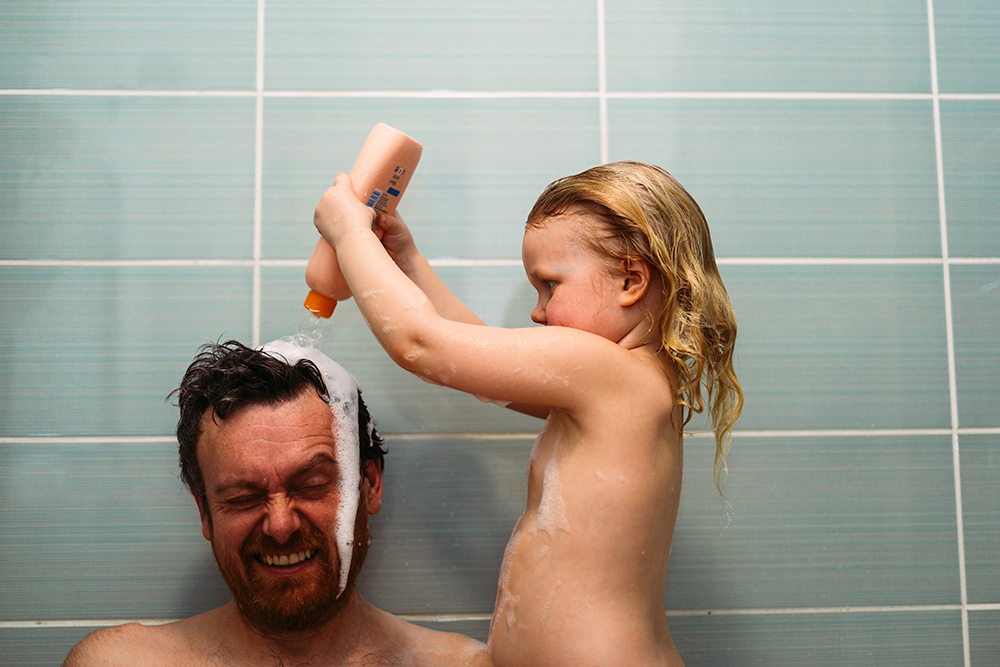 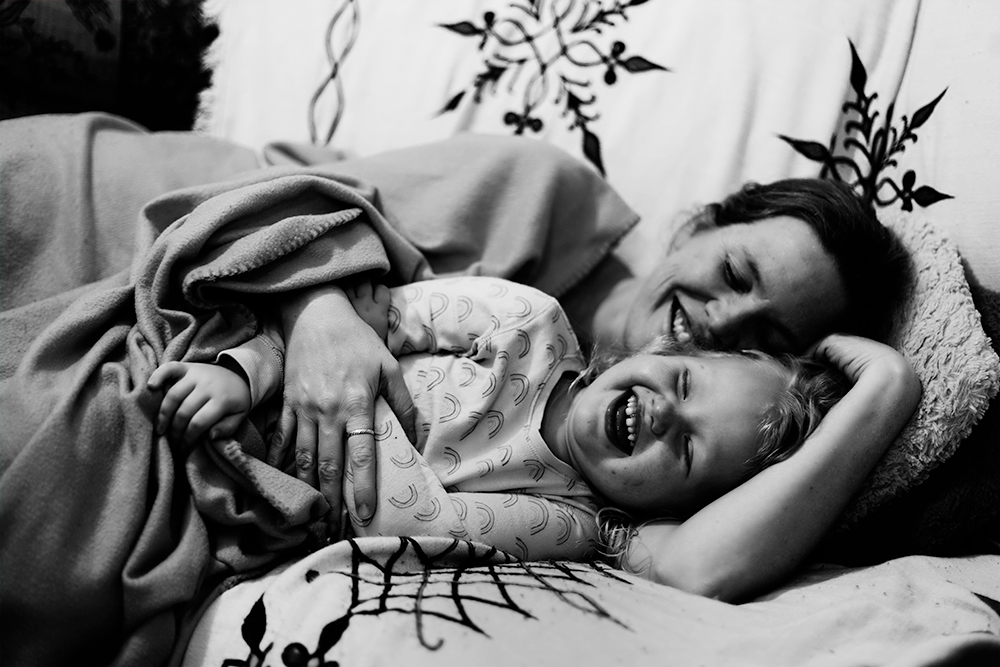