And it is that time again for another entry for Artefact motherhood, a beautiful  blog circle which is a collaboration of artists & mothers from around the world sharing stories of the joys and struggles of our journey. These are more than photographs with dates written on the back. These are the artefacts we are leaving behind for children and the generations to come. Please have a look through mine and then check out  the next artist in our circle.

I Woke up feeling really cosy but a bit groggy.  Forrest and I woke up before you and we had a nice cuddle in bed before I needed to go to the bathroom.  I left him next to you while you were sleeping and the two of you looked so sweet together. When you woke up even though you were half asleep the first thing you did was roll over to him and give him a hug and a kiss, you are constantly doing things at the moment that make my heart overflow! You were both such happy little souls this morning & before heading downstairs I joined in for some cuddles and I had such a feeling of deep inner happiness, to have both of you to love makes my world complete.

While eating breakfast Forrest started getting upset while he was laying in his lounger and as soon as he cried you rushed over saying, “I know what he needs!” and you placed your hand on his chest and sang him your planet song but when that didn't work you turned to me & demanded “Give him booby! He needs booby now!”  While I nursed him you asked me so many questions about when you were born & I told you that you were inside of me 3 weeks longer than Forrest was and you straight away said, “that was because I liked it in there and didn't want to come out and I wanted to grow some more.”

I can’t believe you (Forrest) are 9 weeks today! Where has all this time gone? You are changing more and more, looking more and more like the little boy you are and no longer my little newborn. You have this way of looking straight into the very depths of me,  and sometimes when my eyes lock with yours it's like I'm in communion with the whole universe, I become overwhelmed with feelings I can't explain and all I can do is cry,  it's happened several times now,  you are an old soul for sure, it is such an overwhelming feeling of love that goes beyond the here and now, beyond the eternal, beyond it all. It's such a gift to feel this way, so beautifully intense and all consuming at the same time so I thank you for choosing me as your mama.

You (Nixie) wanted to go to the farm again, we've been going there a lot lately as it's currently one of your favourite places to be so we got ready to leave the house. I put Forrest in the wrap and you hopped in the buggy (it's a long walk to the farm after catching the train) and made our way to the train station.  It was such a gorgeous sunny day but you could definitely still feel a crisp chill in the air. The man who works in the ticket office even knew where we were going without us needing to tell him! He's always so happy and friendly and today he even gave you a lollipop which you absolutely loved which made you for the first time not want to leave the buggy for most of the way. You only decided to get out of the buggy on the second train we needed to take because you wanted to say hi to another little girl and her baby brother.

We got off at Ashurst and after a 25 minute walk arrived at Longdown Farm.  We always arrive just as they open and the first thing you wanted to do was look for eggs,  you have learned that this is the best time to find them.  You ran to the chicken coop as fast as you could (your energy today is quite hyper) and you loved looking through the flaps to see if you could see any eggs and when you could see eggs you always hesitate to grab them because you become too scared of being pecked by a chicken but you never gave up and kept facing your fears and being brave and each time you managed to grab one you'd get so excited, it was such a beautiful sight for my mama's heart to see!  We ended up collecting 4 eggs.

Afterwards you ran to the calves who you are getting to know quite well and as usual gave them cuddles before bottle feeding them milk.  Immediately after you had washed your hands  we had to rush to the bathroom as Forrest had done a giant Poonami! It was my first time dealing with one while out and about and it was an exceptionally messy one,  it even leaked a little bit through to the wrap! So after I got him and the wrap cleaned up I decided to put him into the buggy (even though it's a bit big for him) since the wrap needed time to dry. After this you lead us to the playground (you had been upset that the last time we were here which was just last Thursday that you never got a chance to play there because you were too busy having so much fun doing other things), where you had lots of fun playing with some other kids and even had gotten better at swinging yourself on the swing.

This was your (Forrest)  first time being in the buggy and you weren't really the biggest fan of it.  You were pretty unsettled for most of our time at the farm and it did make me feel a little stressed because it made it harder to keep track of your sister.  At one point we were in the soft play area and as I was nursing you, Nixie decided to take off without her shoes on. I had to get you quickly into the buggy and then rush after her, luckily I had seen what direction she went and we ended up finding her in the gift shop!

After watching her play with the digger,  ride one of the bumper cars, feed the goats and release lots and lots of energy bouncing on the  trampolines it was time for us to make our way back to the train station for our journey home.  Luckily by this point the wrap had dried and I was able to put you back in the wrap where you fell asleep instantly.

You (Nixie) were so happy to see all the flowers along the side of the road,  exclaiming “I love flowers,  Yay!  It's Spring!” You asked if I could make you a flower crown, so while making our way back we collected as many dandelions as we could and once we reached the station we had about 10 minutes until our train was due which was just enough time for me to make you your crown. Although you only wanted to wear it for a total of 60 seconds! Riding the train with you (Nixie) has become such a different experience than just a few short months ago when you refused to sit down in the seats and would instead run up and down the aisles and climb or crawl all over the place. It had the potential of being quite stressful especially if we needed to catch two trains (like today) but now you just sit next to me, you've really changed so much just in the last few weeks. These changes have been so subtle that I never realise they are happening until all of a sudden I gain an awareness and it hits me in the face!  Now I know why we had all been jarring with each other and going through some turbulence, it always happens during these big shifts of yours,  when you've reached a greater sense of understanding and awareness but where daddy and I are a bit behind in realising this.  It must be frustrating when you know you've grown and changed but we're still treating you the way we treated the older version of you!

when we got home Forrest was still asleep and he actually stayed asleep when I placed him into his lounger! This meant we were able to have some one-on-one time which was really nice. First you had some boob and it felt really sweet to have this afternoon cuddle with you especially since you haven't been nursing very much lately, for the past week you haven't been having it before bed (or during the night for even longer) and you didn't even have it this morning, I think you're feeling more secure and connected again,  a huge shift has definitely taken place. Afterwards we played with your animals upstairs, and you started talking about your cousins and how you wanted to have wings so that you could fly to see them and then you said you can't wait until we have a new car so that we can go see Nanny.

Forrest started stirring and we went back downstairs so that I could nurse him,  sometimes it can be really hard to keep him happy and be able to do stuff with you at the same time but we did manage to do some clay projects which I really enjoyed doing with you,  I loved seeing you be so into it,  talking to me about the special patterns you were making and how you want to hang them in your room.

You have such a special way with Forrest and the two of you always have these moments throughout the day where you are really connected, his eyes widen and he looks at you in complete awe, today he was making so many new sounds,  he was trying his hardest to talk to you!

After dinner we did bath and then bed and tonight's  bedtime took forever!  After we turned the lights off (which we have to do together,  just like we need to flush the toilet together, and take out the plug together in the tub) you were so fidgety, squirming all over the place, eventually you did fall asleep after over an hour and a half with the help of me massaging you; once I reached your belly I could hear the sounds of your sweet little snores.

I was really tired and should have probably joined you and Forrest but instead, he and I went downstairs and I read a bit of my book,  Brave New Learner and waited for your daddy to get home.  He didn't get home until close to 22:00 tonight due to the trains being messed up. While he had some cuddle time with Forrest I joined you back in bed and was able to get maybe 20 min of uninterrupted sleep until Forrest needed to nurse and after that I was finally able to go to bed. 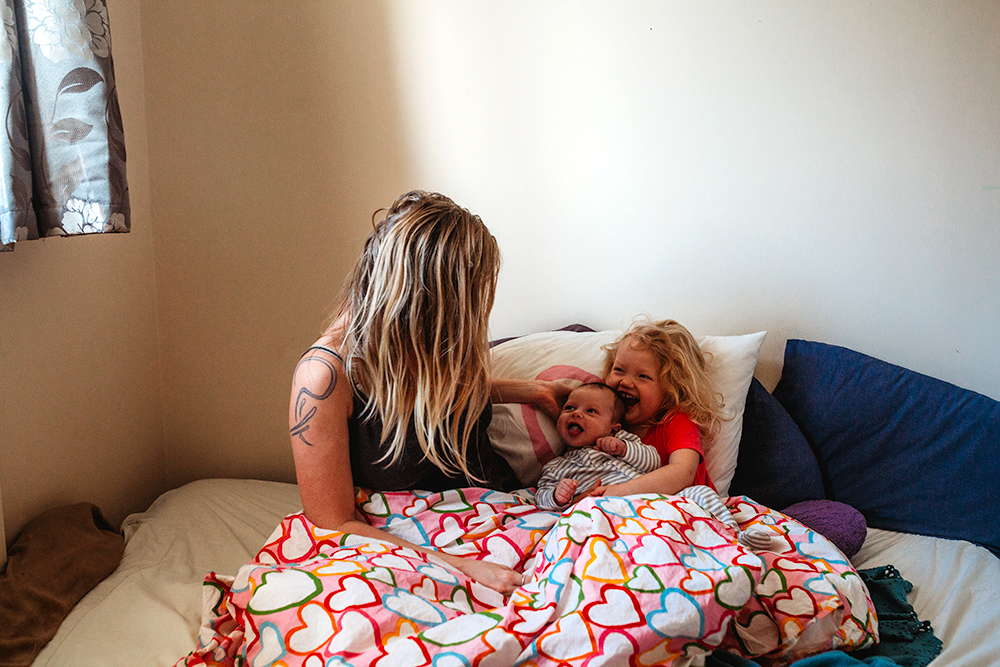 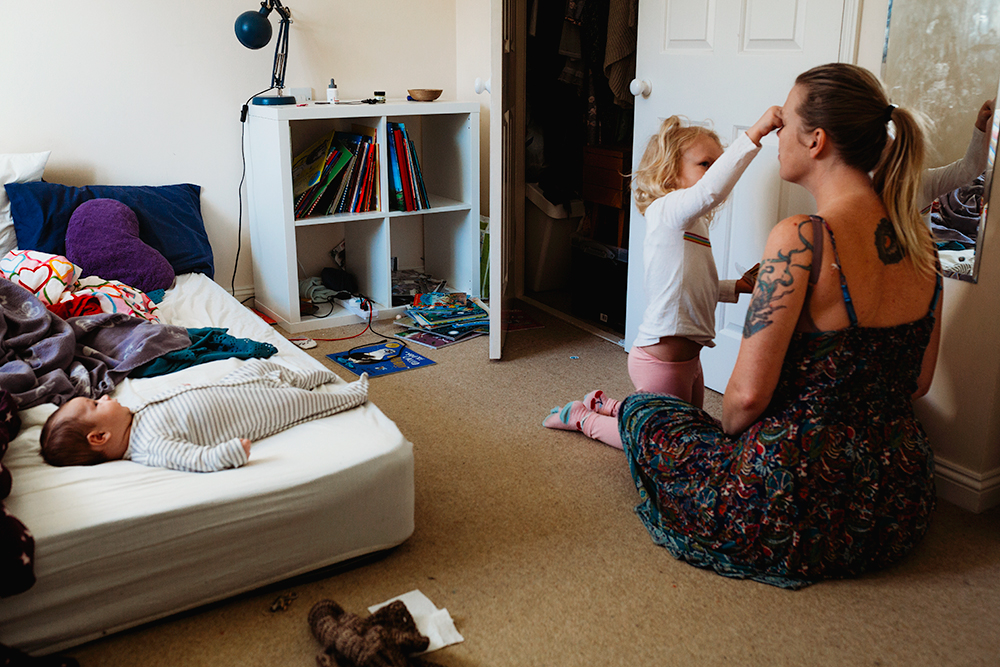 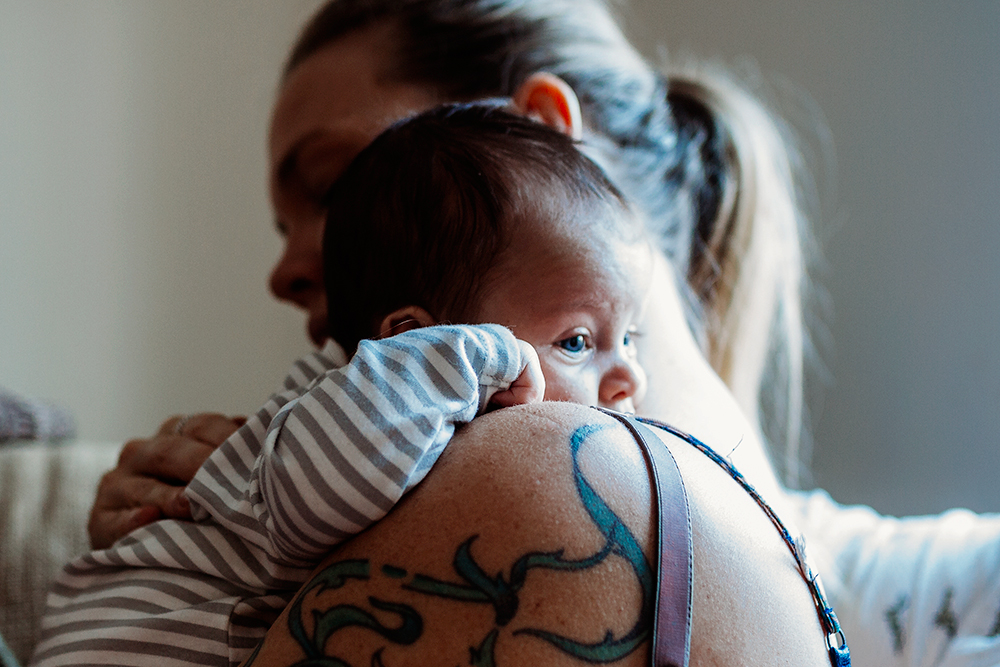 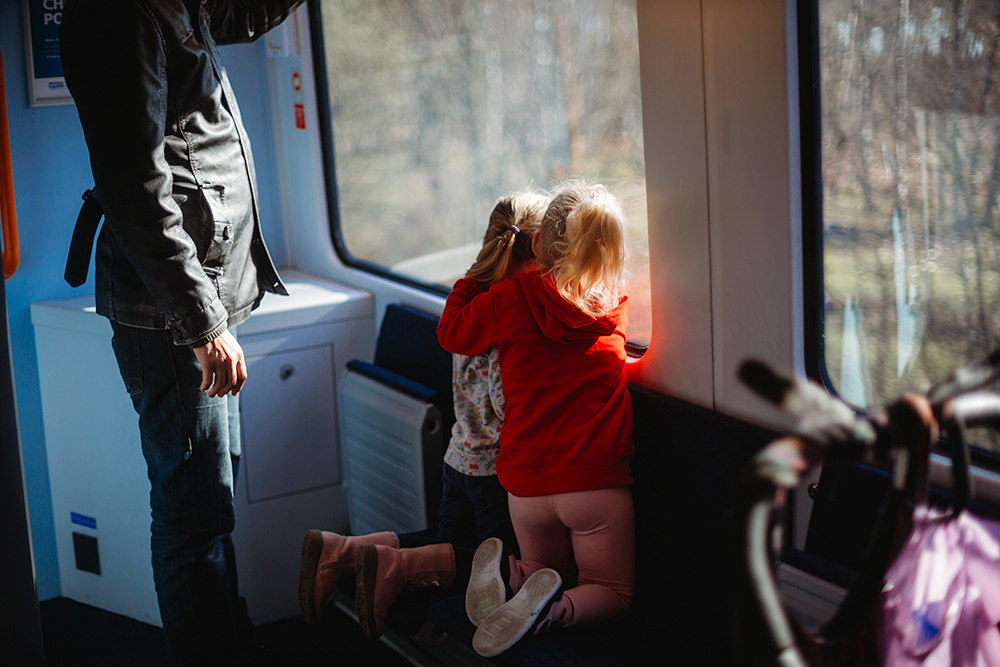 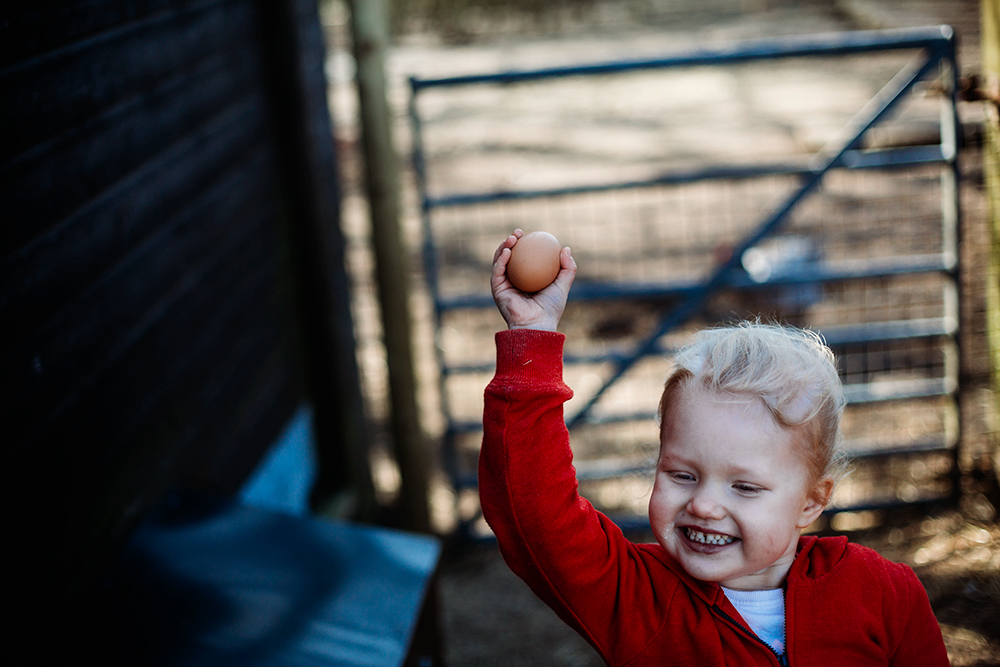 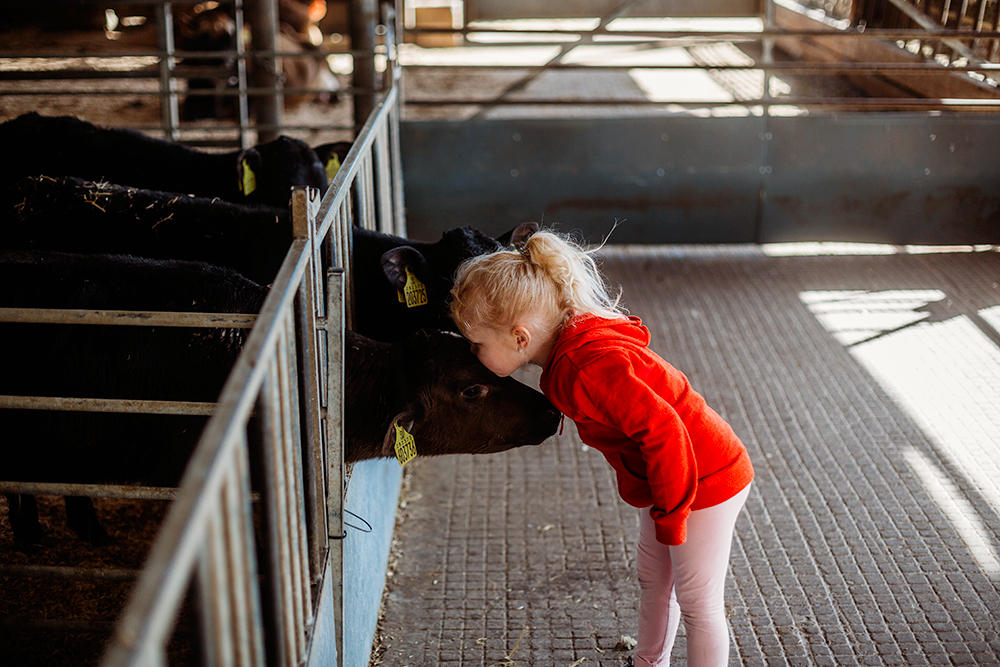 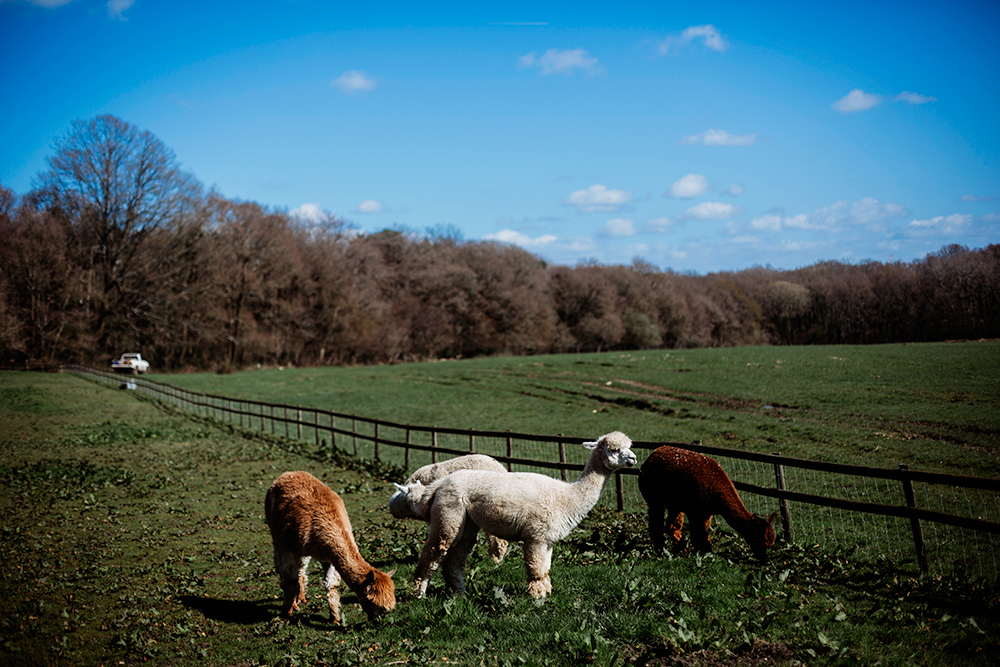 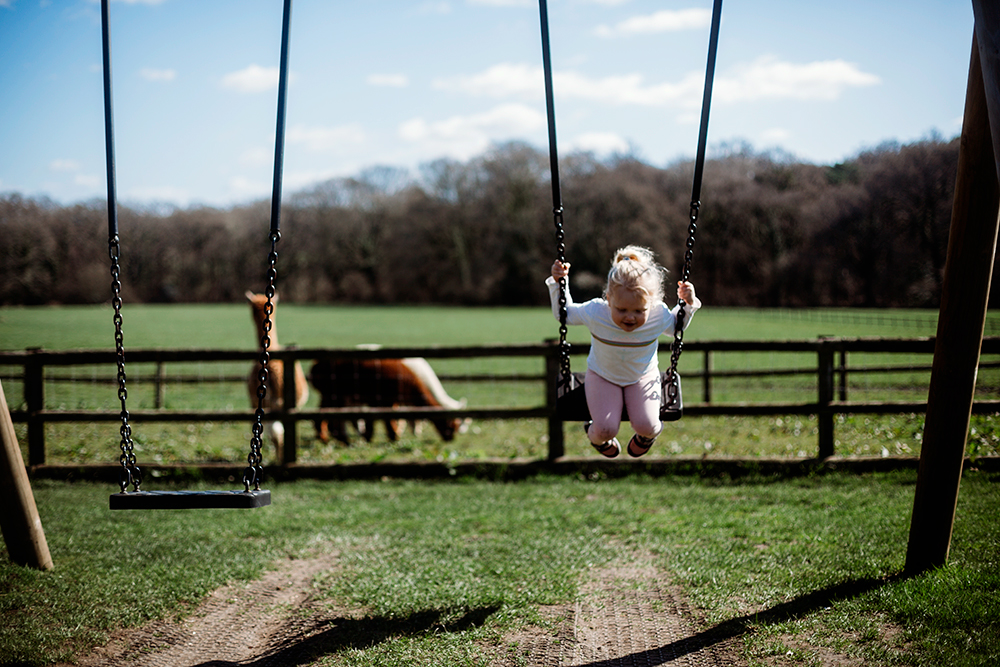 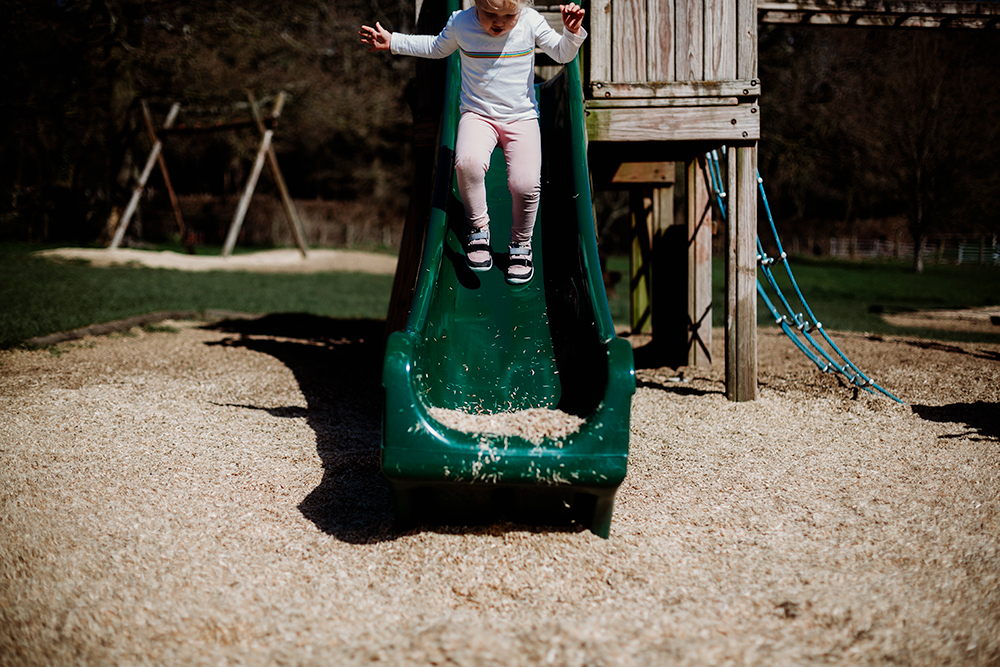 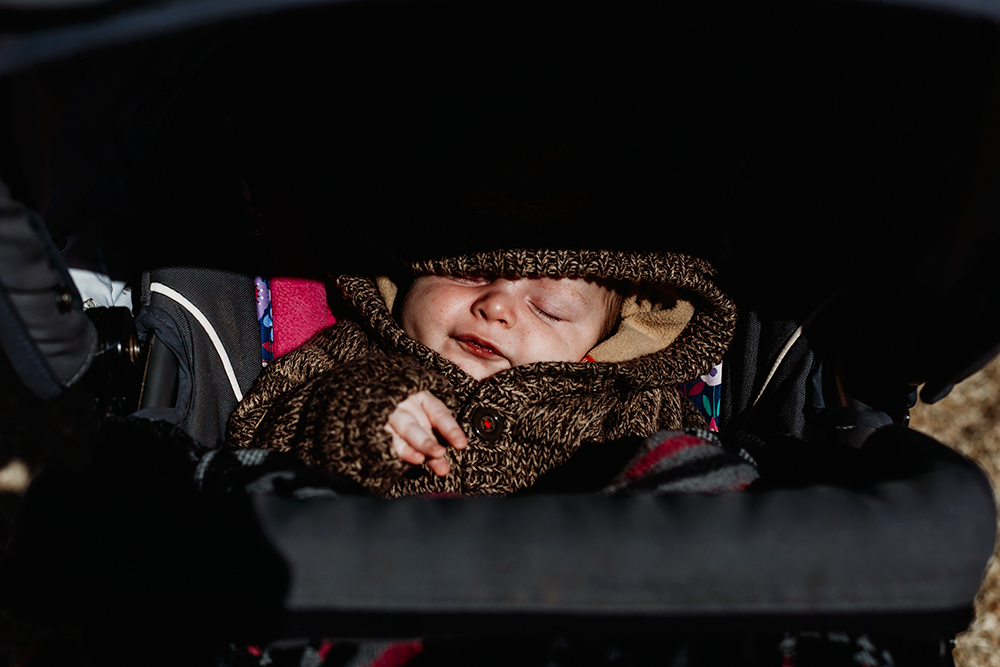 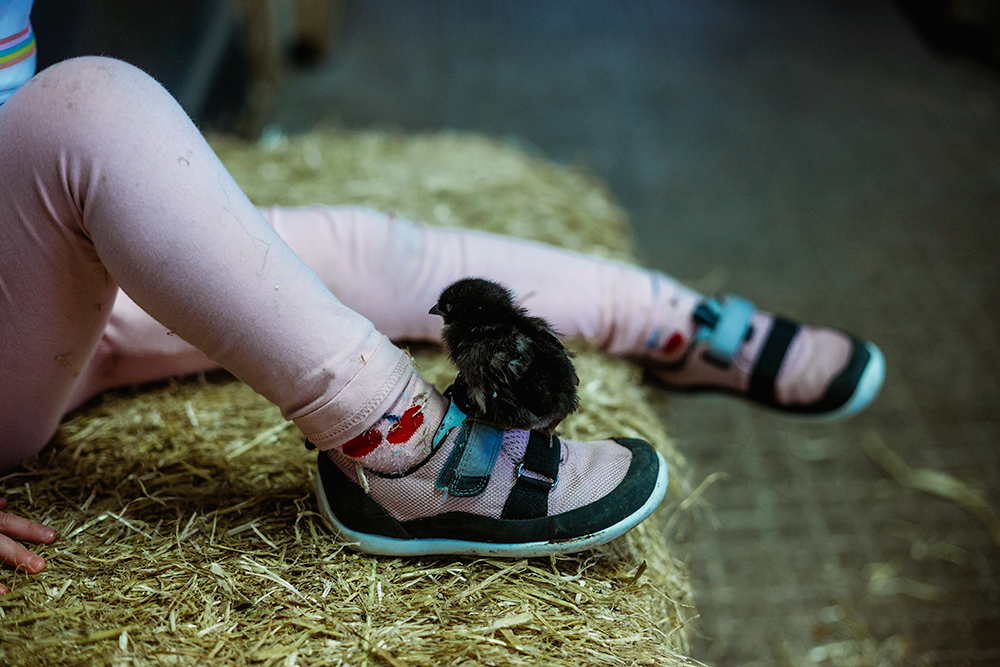 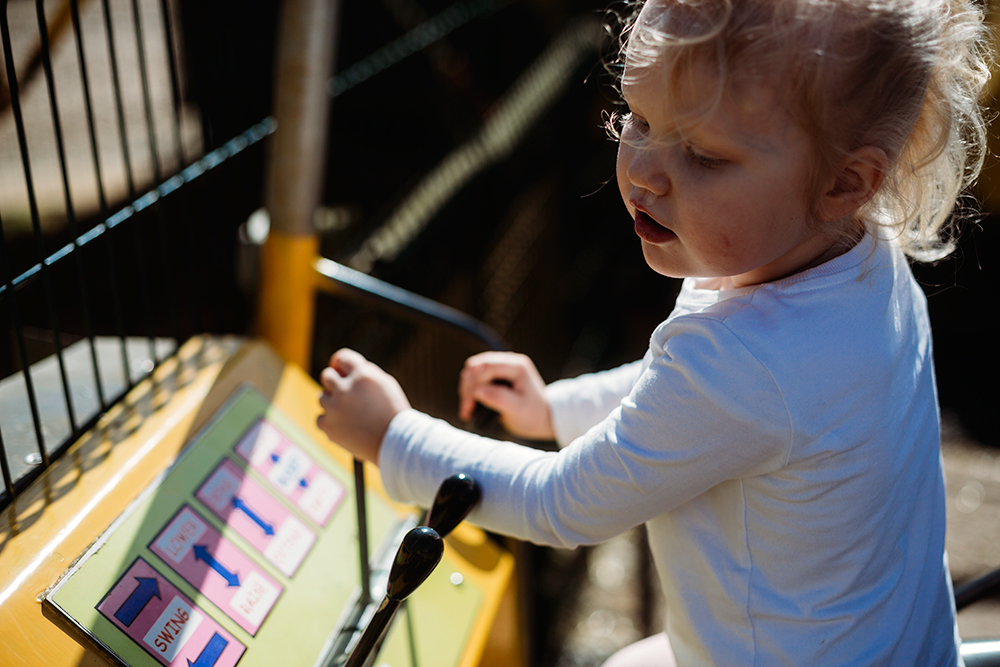 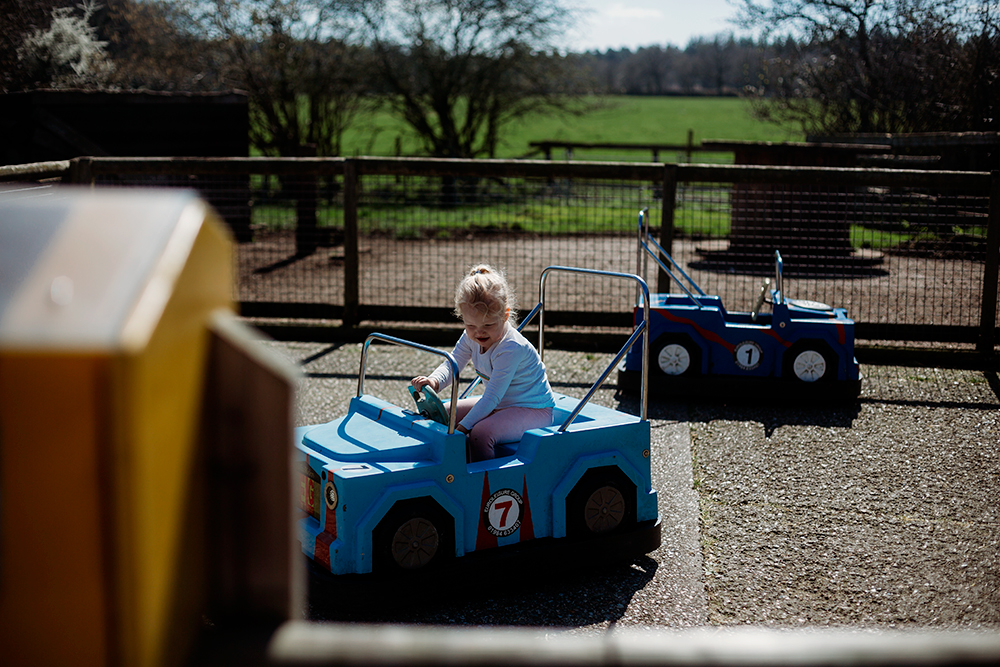 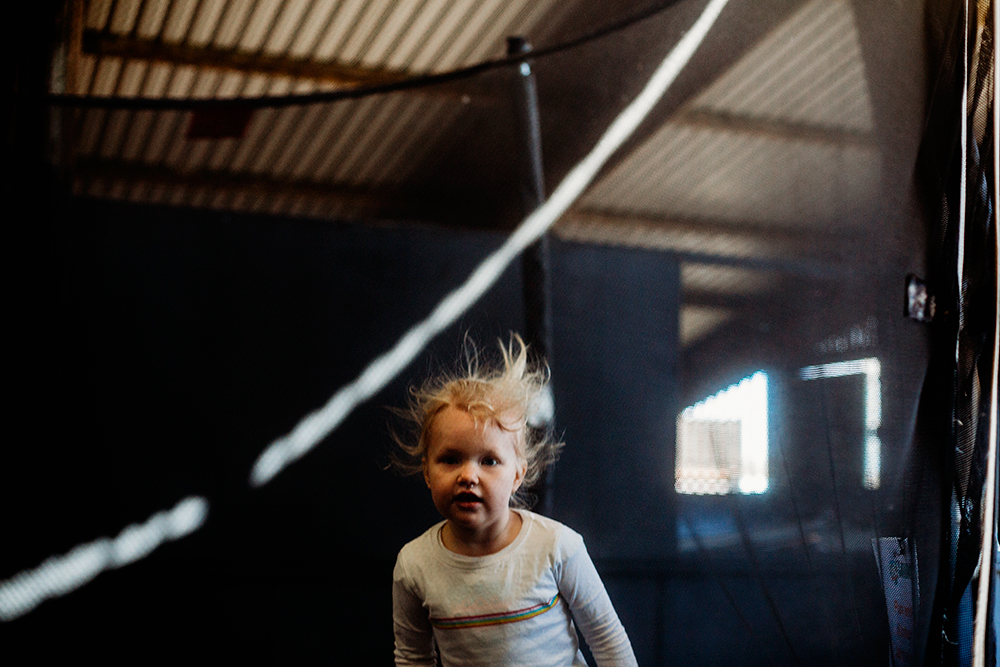 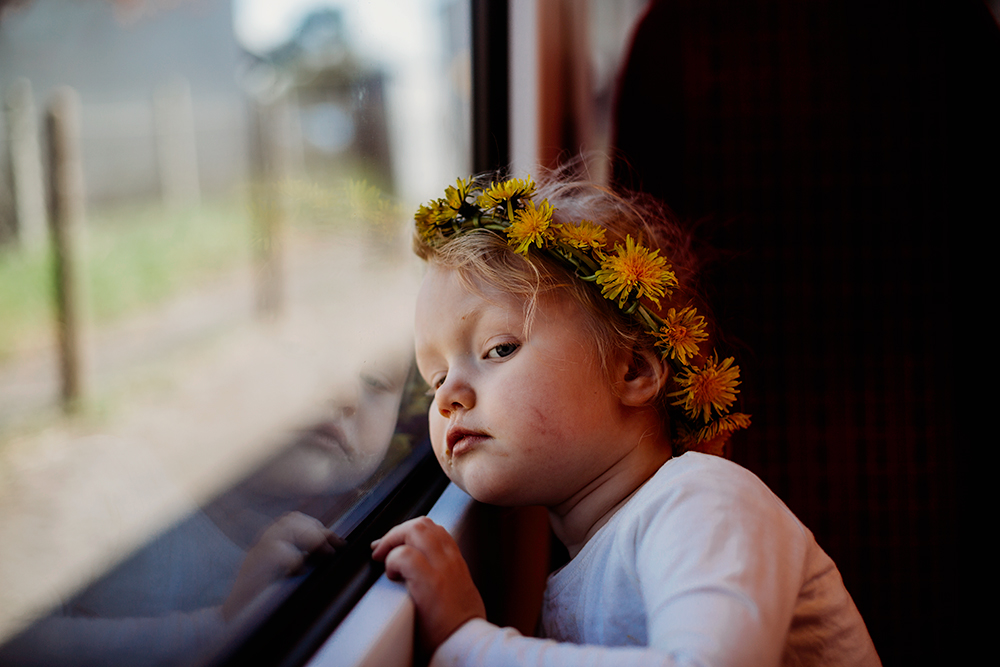 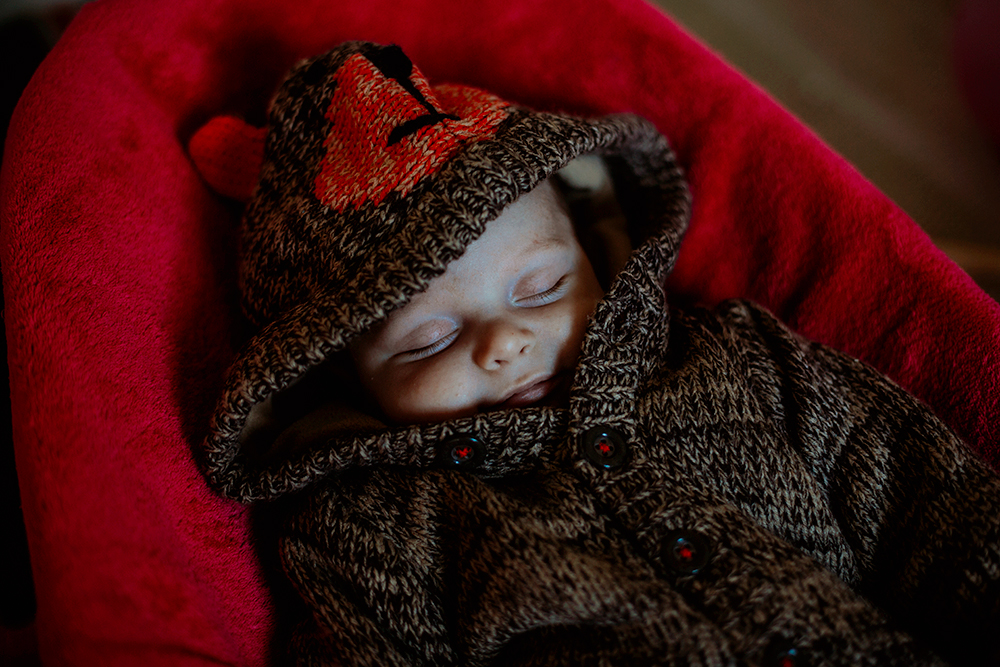 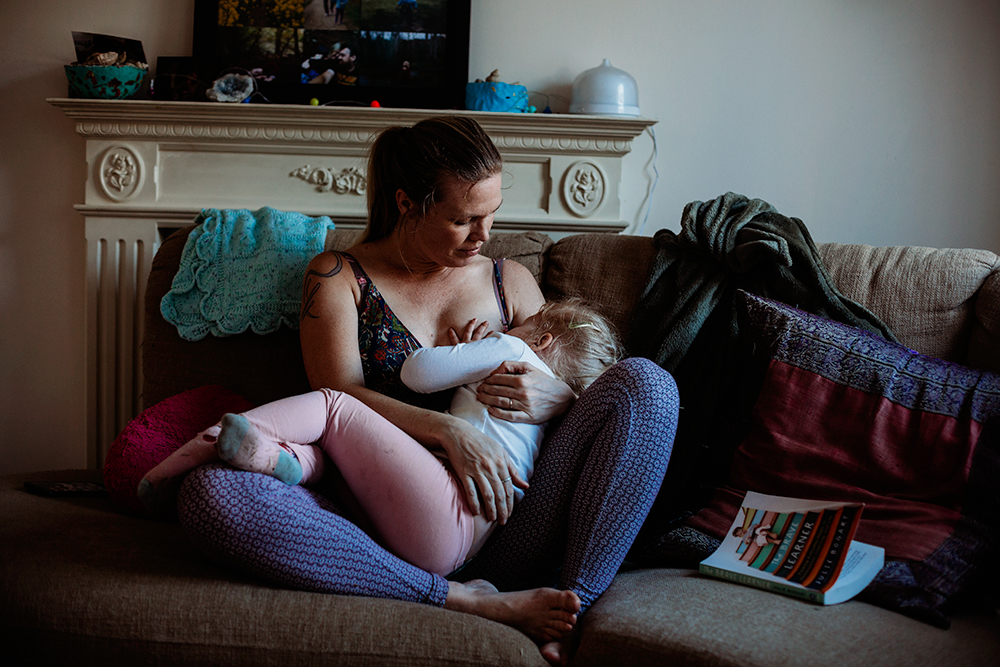 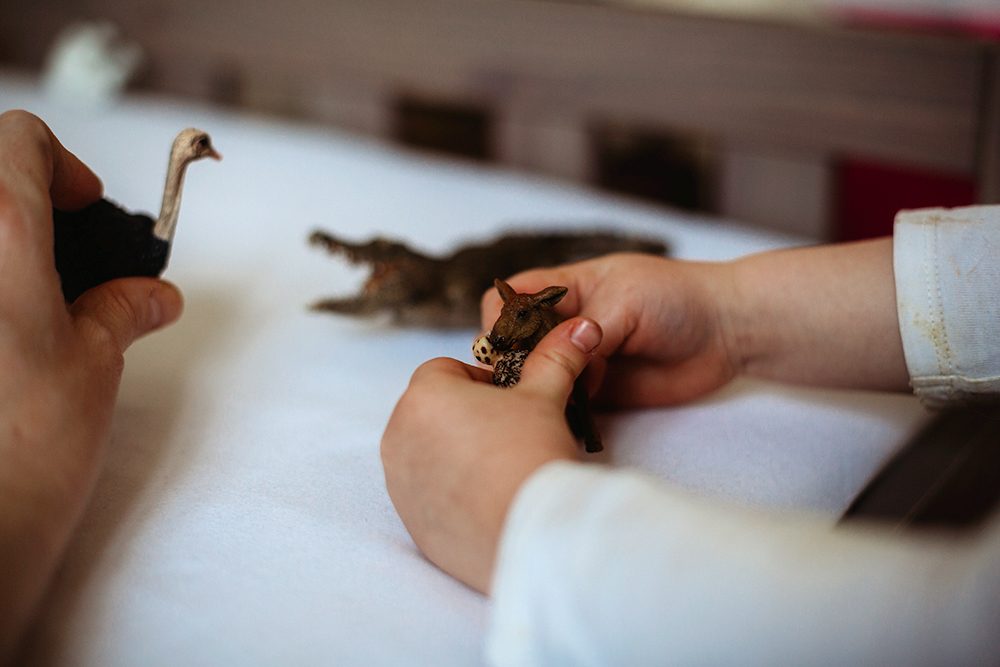 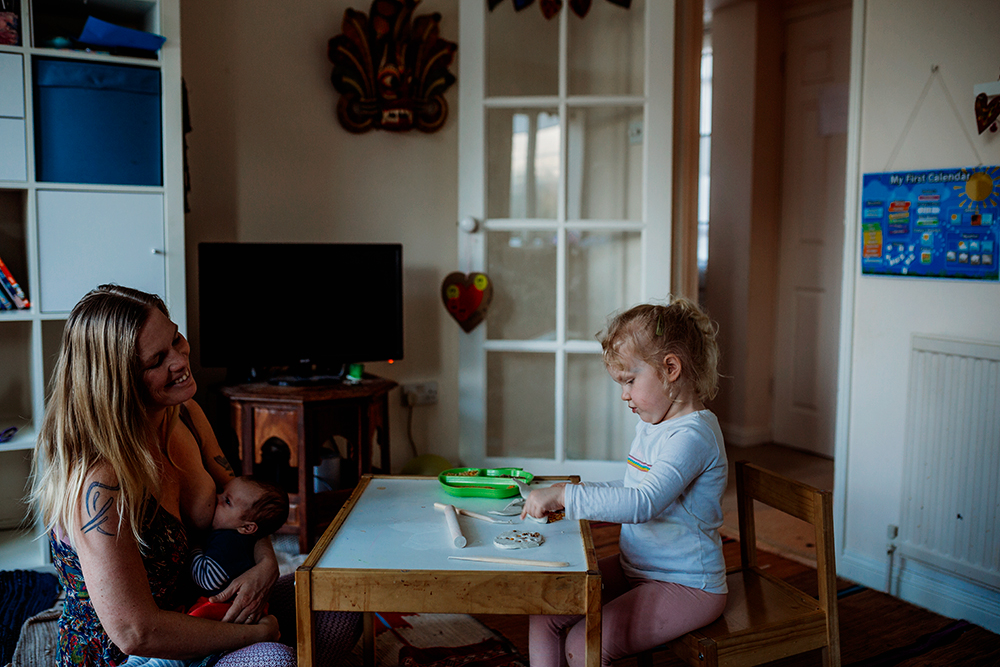 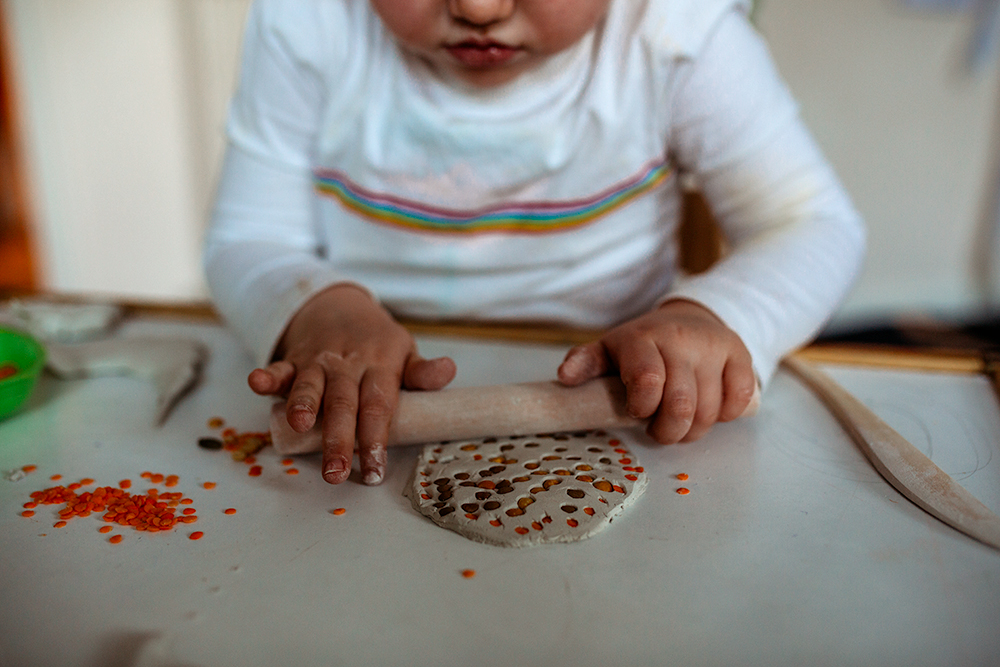 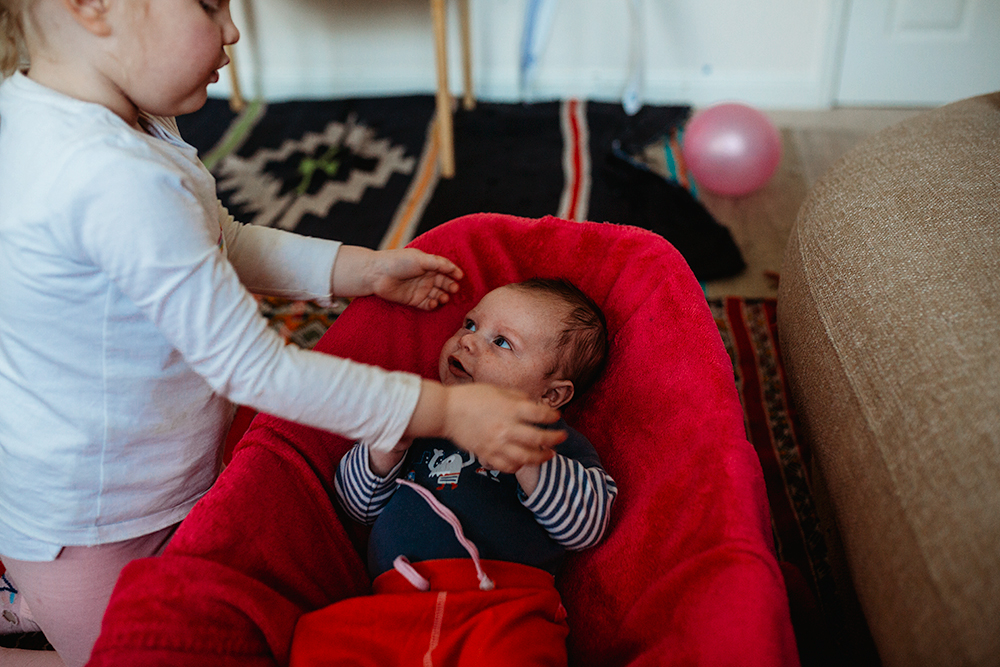 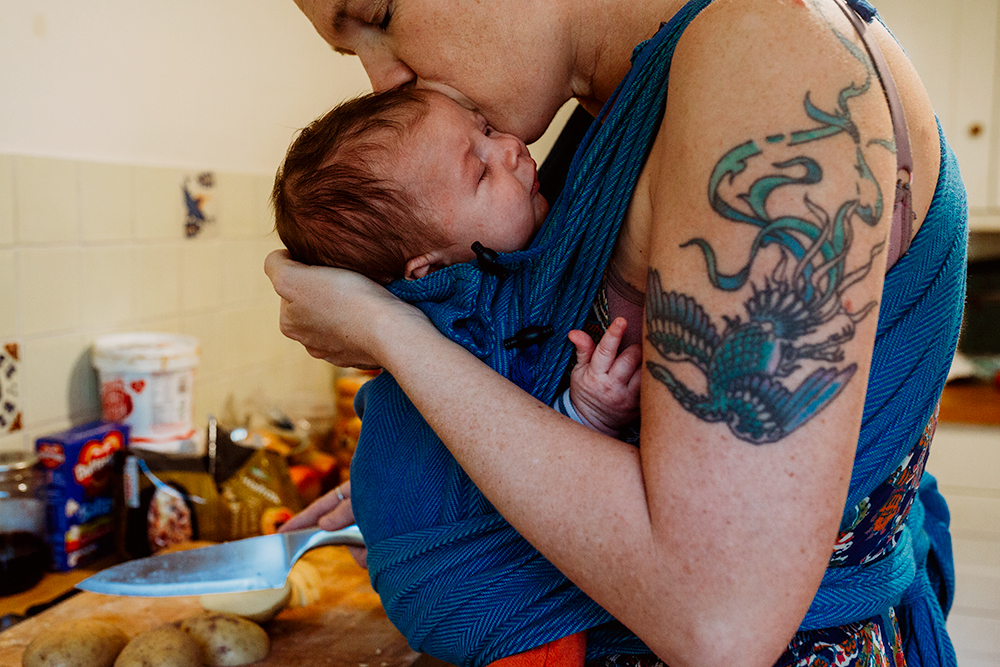 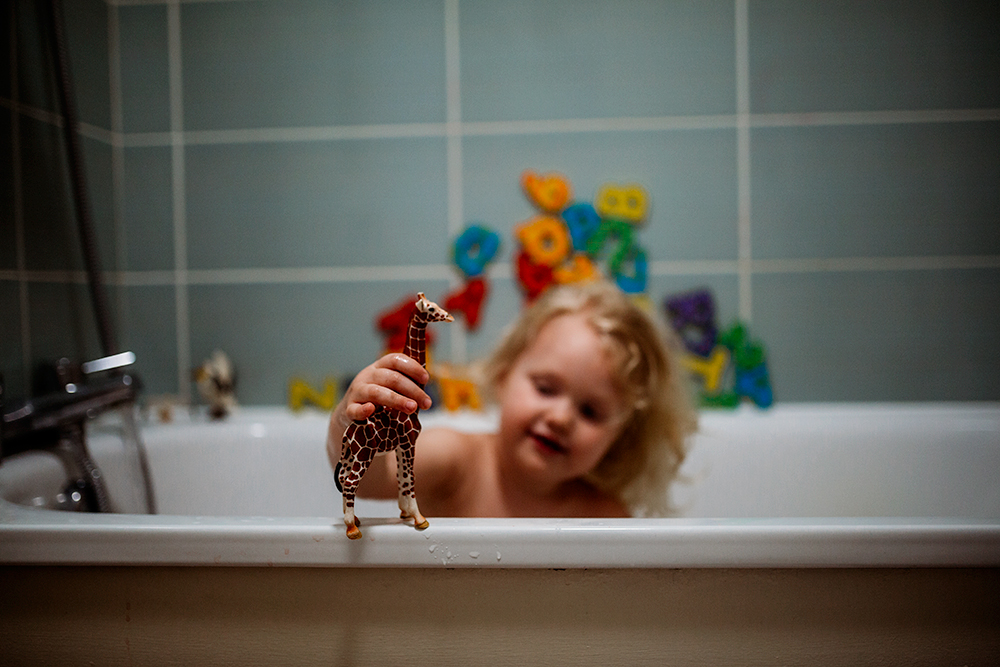 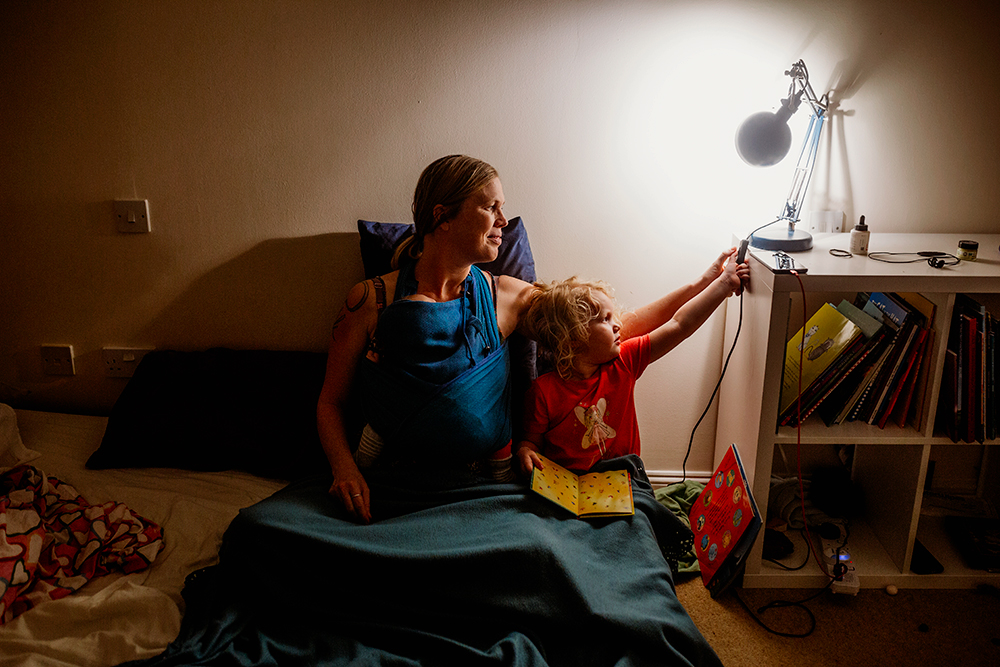 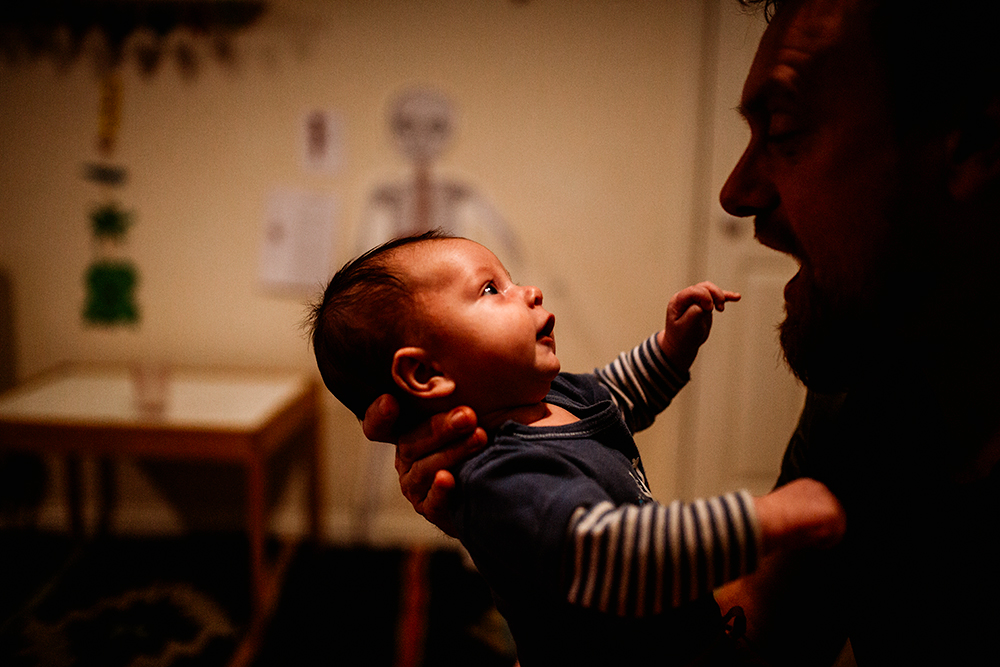 Please check out Lauren,  the next incredibly talented artist in our Artefact Motherhood blog circle at: https://laurenwebsterphotography.com/.../a-symbol-of.../ and continue through all the artists until you get back to me!