Today was an awfully sad day.  We ended up having to say goodbye to one of our cats,  Majnoon. But it started like any other day,  we woke up around 5:45 I was a little worried I was going to have a high reading because for the past week my fasting levels have been rising (still within normal but rising), and I did wake up a bunch of times again although I did feel pretty well rested (disrupted sleep is bad for my levels) I fell asleep with you around 6:45 last night! But luckily my reading was fine, below the fives,  so maybe the myoisitol I'm taking is starting to help.  I'm doing my best to stay diet controlled,  with you it was effortless, I didn't really need to try so much,  this time it's much more work.

Daddy started his holiday today, he doesn't need to go back to work until next year.  You spent the morning covering me in stickers and then you started talking about my boob's and said that one will be for your little brother and one will be yours & once he's here you can share.  I said OK.  I do wonder how you'll react once you see him nursing.  You also grabbed your stethoscope and tried to listen to his heartbeat.

I was trying to let your daddy sleep in but you had other ideas and he was down with us about 7:30. Unfortunately he's not feeling that great today bit hopefully it's something that will pass quickly.

You and I noticed one of our cats had weed on the couch (one of them has been weeing on the floor for the past few days) and then daddy told me that last night majnoon seemed really poorly,  he hasn't been himself for the past couple of weeks but we assumed it was a reaction to fleas that he usually gets right before his next flea treatment. We decided it was time to call the vet and made an appointment, we were able to be seen in just 1 1/2 hours,  but first we had to find him first as he was outside, I rushed to get dressed so that I could see if I could find him but I didn't have to go far,  I  found him just sitting in the garden getting soaked in the rain behind the strawberry bed!  He didn't look good at all. Daddy went and picked him up and he was drenched,  we rushed him in and tried drying him off,  he couldn't even stand,  and in a matter of 90 min we watched him get worse and worse,  it was heartbreaking to see,  he was drooling and in obviously so much pain, I felt a lump in my throat and the tears just began to flow,  I didn't have a good feeling at all. Your daddy had been holding him but then he wanted space and for the rest of the time he just laid under your table growling and moaning.  The hour we had to wait to go see the vet seemed like an eternity. Daddy had a really bad feeling too and we thought we should prepare you in case he didn't make it.  You were so concerned and we were all giving him space and telling him we loved him,  you got too close to him and he hissed and used all the little energy he had to lunge at you and this made you so sad and upset,  I tried explaining that it had nothing to do with you that he was just in so much pain and was very frightened not knowing what was going on.  It made me so sad that it could be one of your last moments with him and he scared you when you were just trying to tell him you loved him.

Once at the vet our worst fears were confirmed, we needed to say goodbye.  We could have gone to another hospital and had several tests but that the prognosis would be the same so we chose to end his suffering rather than prolong it. During the time the vet was looking him over,  you said you were scared obviously feeling the sad energy beginning to fill the room,  you wanted to go into the cat carrier so I said OK,  for some reason you felt better there. We really didn't know how to tell you but the vet left us alone to give us some time and we did our best to tell you that Majnoon wasn't going to make it and that we needed to say goodbye. It all happened so suddenly and this wasn't something we could have imagined happening yesterday. So it was really hard.  We told you that after we leave the vet you won't see him again,  that the vet couldn't save him,  but that she's helping him by relieving his suffering, you broke down immediately sobbing that you didn't want to leave him, your cries and tears were so intense. My heart was breaking for you,  I hated having to see you go through so much pain.  It's the most awful thing as a parent.
We were all crying. The vet had given him a sedative which really helped calm him down and his pain seemed gone. After a little while you felt ready to stroke him and as you did the tears started all over again,  you told him you loved him through your tears,  and then just cried that you didn't want him to die.  You and daddy left the room and I stayed with Majnoon while the vet put him to sleep.  It was so hard and I just felt overwhelmed with sadness while I held his little head in my hand while he took his last breaths telling him how much I loved him. All the while I could hear you crying hysterically in the reception area. I heard you screaming that you wanted to see him so the vet left the room again and I wrapped him up in the blanket and you gave him one last kiss and stroke.  My heart was in pieces seeing you trying to make sense of everything that had happened. Majnoon was the best cat,  he was so full of love and loved to cuddle especially in the evenings after you were asleep and I'd go downstairs he'd always come and spoon me and baby bump,  I'm really going to miss that,  he was only 5 years old. And you loved him so much and the two of you had such a sweet relationship.

It felt so strange going back home with an empty crate. I think me and daddy were in a state of shock. When we got home we had a big family cuddle and shed more tears. You went over to daddy with a tissue but it was the smallest tissue in the world and was determined that he had to blow his nose with it, it somehow lightened the mood. I love how caring and loving you are.  Today was a gloomy rainy day which completely matched our mood.

We tried to get our mind of things and went upstairs and played with your train set and then built towers, we even saw a rainbow through your bedroom window which really made you happy, and somehow felt really symbolic. Oh and you and daddy spent ages writing down the lyrics to another one of your songs: the milky way galaxy.

Throughout the rest of the day your tears would come and go. You would repeat,  "I don't want majnoon to die.  Is he still dead?" and all I could say was, "Yes, sweetie, once you die you stay dead." There were also lots of moments where you pretended daddy was Majnoon and you talked to him about all sorts of things. He told you he was happy he was no longer in pain because he didn't like it and he said that the vet was so nice and would have saved him if she could.

The weather cleared up a bit and we decided to go for a little walk to our little beach,  I really needed the smell of the sea and I needed to to feel the crispness in the winter air to clear my head.  It was bitterly cold but it was still refreshing, and we met two little dogs on our way and hearing and seeing you laugh made it so worth it even though you became covered in mud.  We had a peaceful walk along the sea finding so many shells for our ever growing collection. You loved seeing the moon shine ever so brightly. The sun set behind the horizon and we could see rain clouds in the distance so we headed back home. Walking back to the car you kept asking where majnoon is,  if he'll be back and we said his physical body is gone but his energy is still with us,  his energy is everywhere.

When we got home daddy went to the shop and while I was sitting on the couch you jumped into my lap for a cuddle and sadly said you didn't want majnoon to die. You keep asking where he is,  if he'll be back or if someone took him,  I told you he's no longer here,  his physical body is gone,  but that his energy and spirit is still here and that he's forever in our hearts. You asked, "When your dead you don't have pain?"  I said, "no, none at all."  You then asked "Why was majnoon making those sounds?" "The growling sounds? Because he was in an incredible amount of pain."I said.  "And now he's dead isn't he?" you asked "Yes." I said.  "Because he's dead he's isn't in pain?" you asked "Yes that's right." You added with new tears beginning to form, "I don't want him to be dead." "I know honey, I don't either it is so sad,  it's been a really sad day,  we are all sad." I said and we just snuggled until dinner was ready.

You wanted to look at photos of Majnoon when he died. I was feeling conflicted whether or not to take photos today or not but now I'm actually happy I did.  I'm happy for the memories,  it somehow helps and for me photography is a form of therapy, and with you really wanting to see them all the time I'm certain it was the right decision, it seems to help you process it all.

After dinner you asked if I would join you two during bedtime and bath and if you could have booby and I said of course! You have never asked me in this way before and I knew you were hurting and needed extra love tonight. You even said that I could do my bloodtest upstairs and see if I have a high reading, I then said, "well hopefully I won't!" and you said, "does the powder you take help with high readings" and I said, "Im hoping it will!"  I just find it incredible how much you take in and are understanding.

After your bath I had to do my test and you had to watch and you were so happy when I got a good reading and had to run upstairs to tell daddy I got a low reading of 5.3. Then it was time for your bedtime rainbow (you and daddy have a different bedtime routine than you and I do)  then we had our three stories but you got a little sad again about Majnoon.  We read paper dolls and it wasn't really daddy reading it but you!  You and I haven't read that one in ages and I was blown away because you pretty much know the whole story word for word. 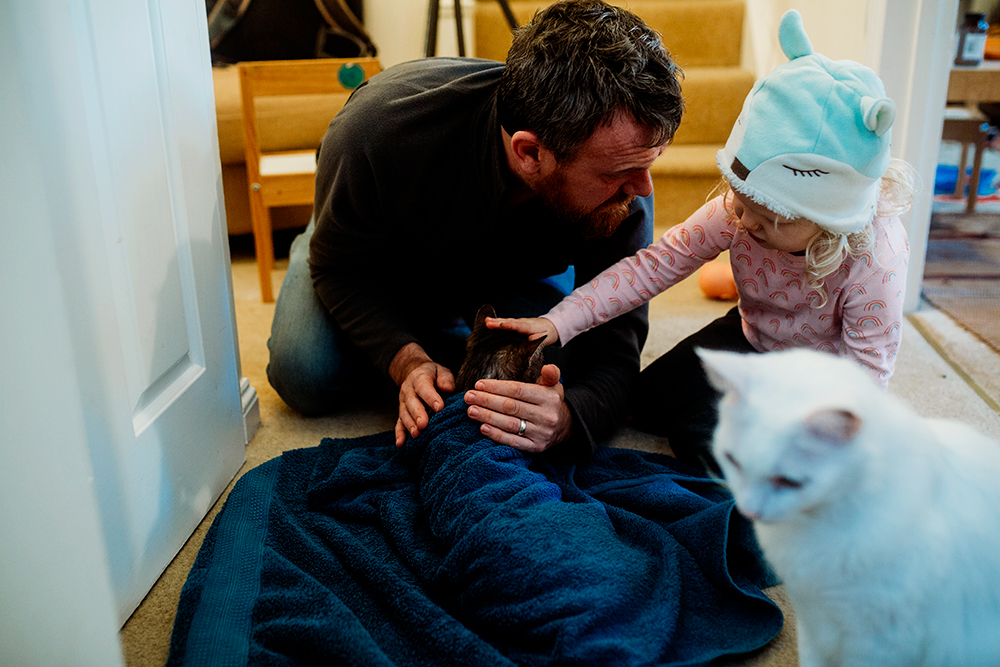 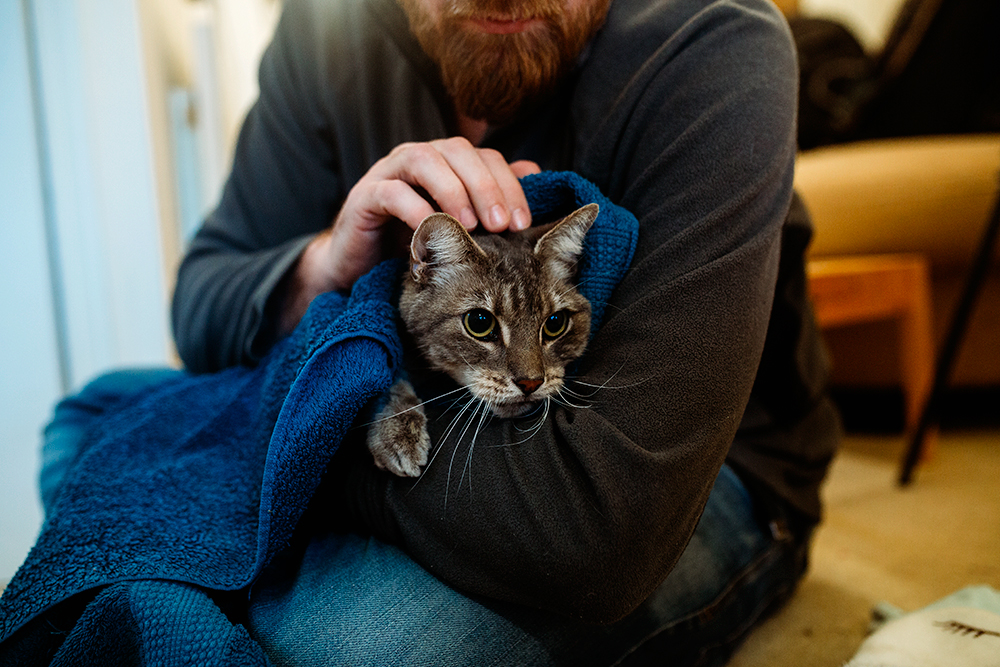 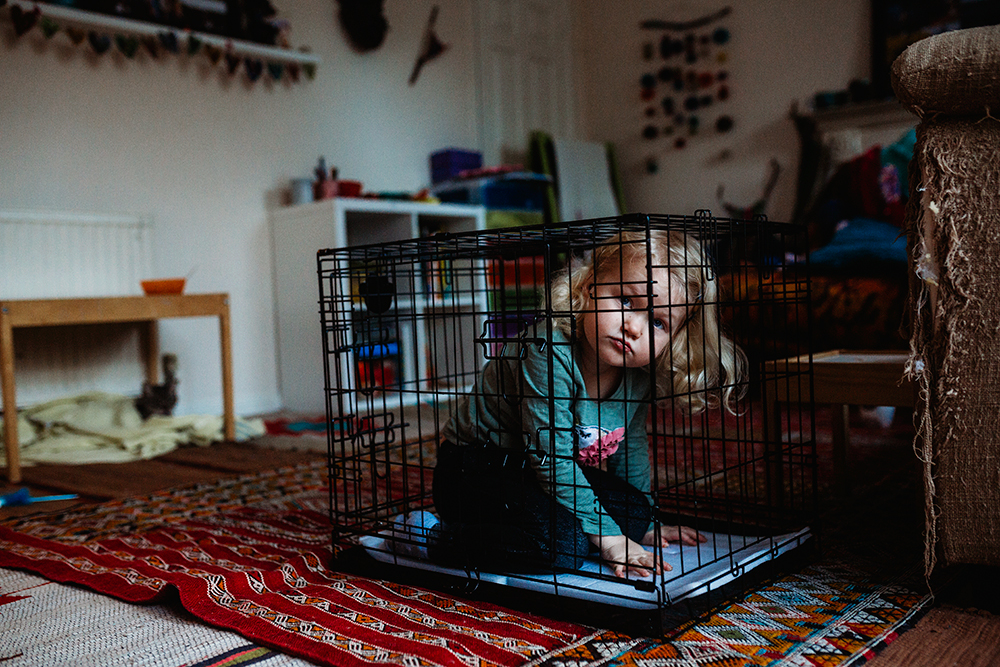 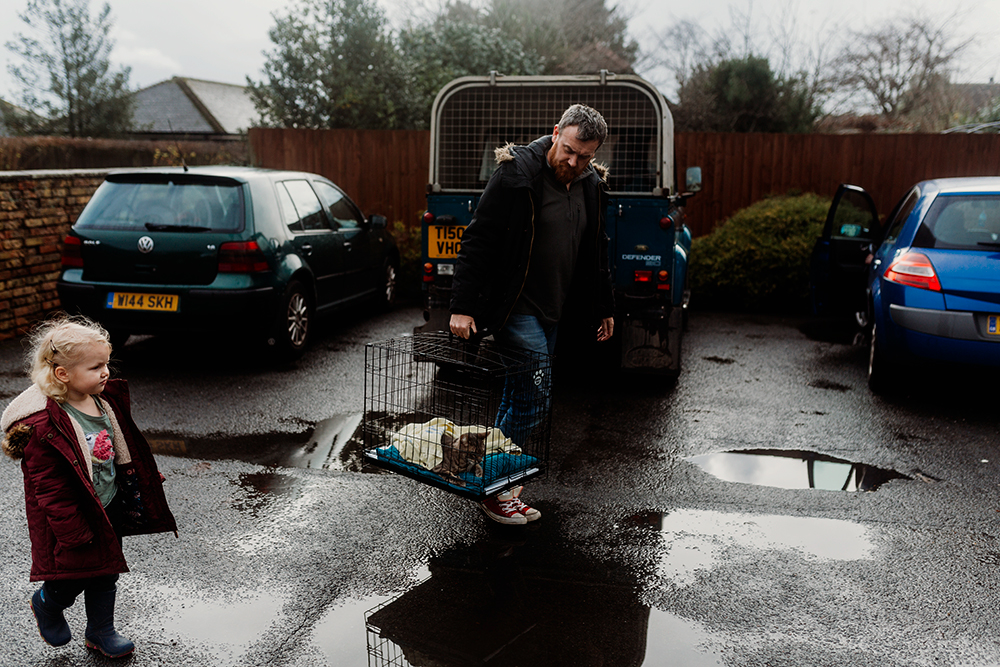 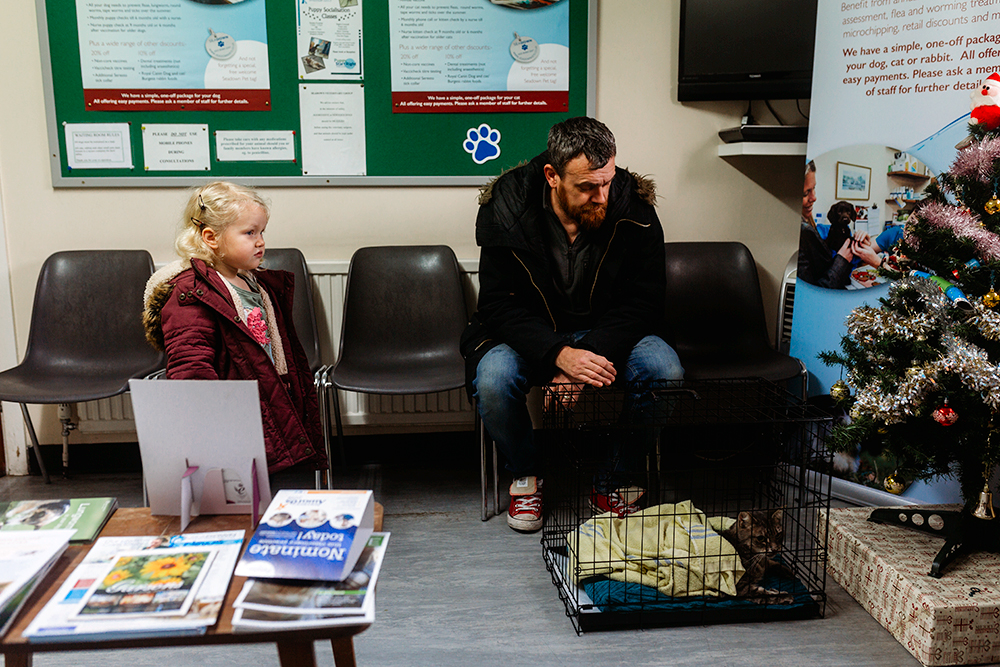 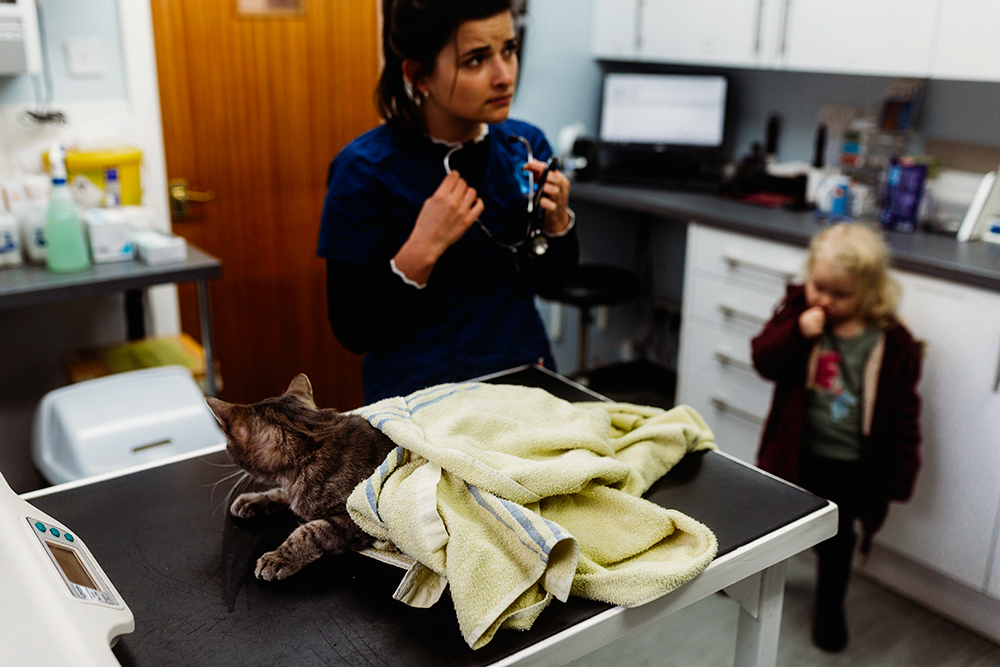 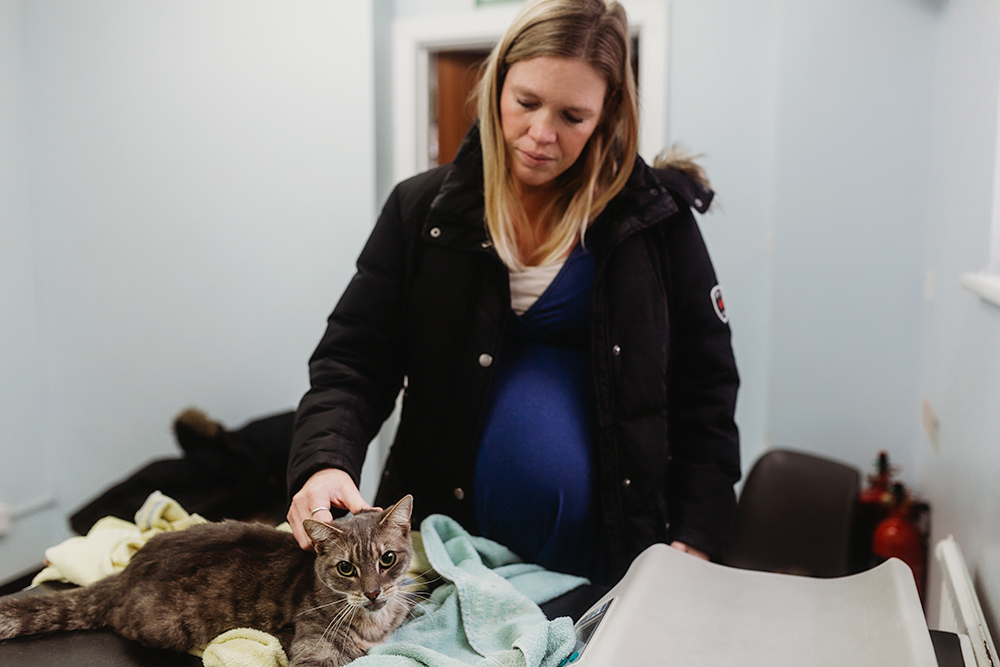 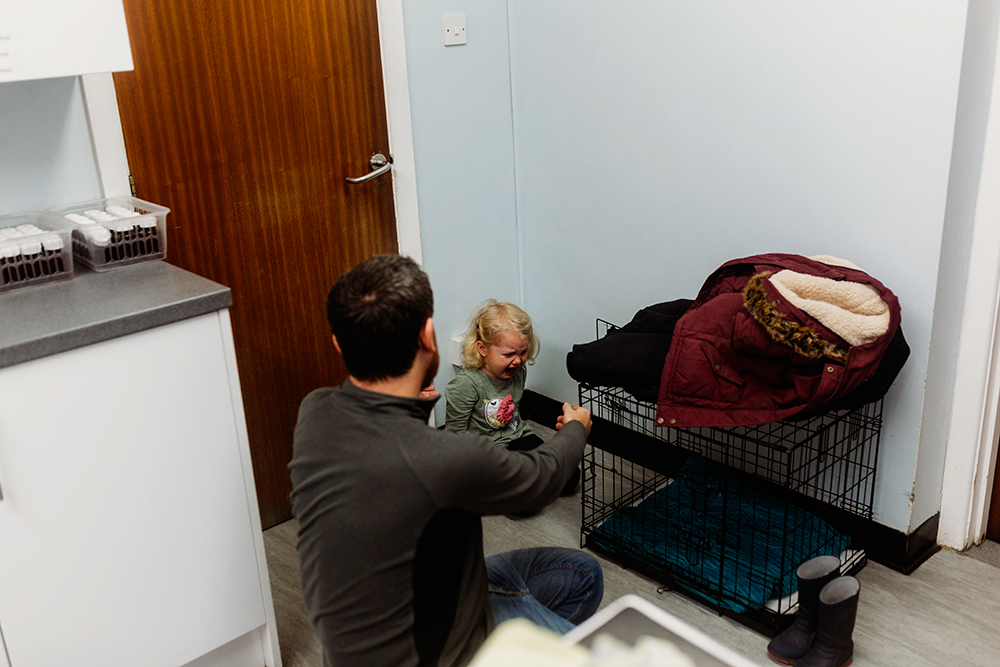 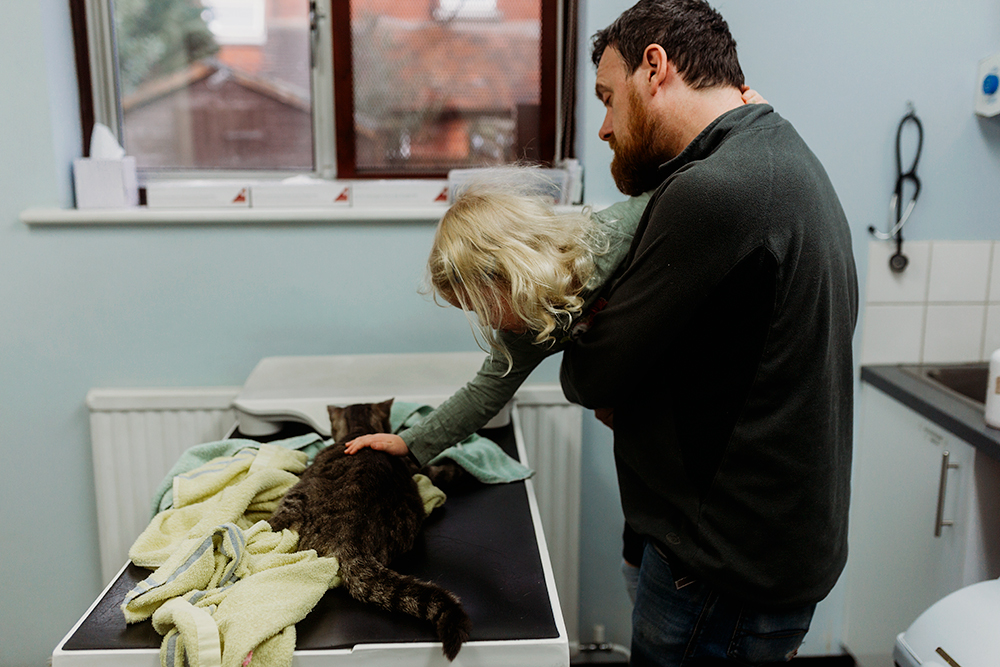 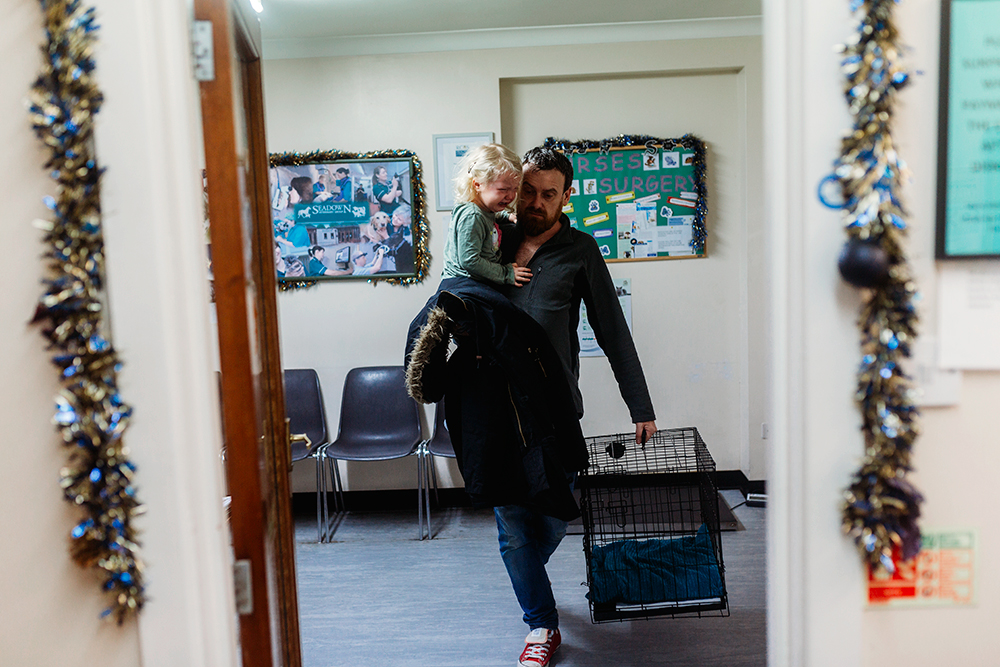 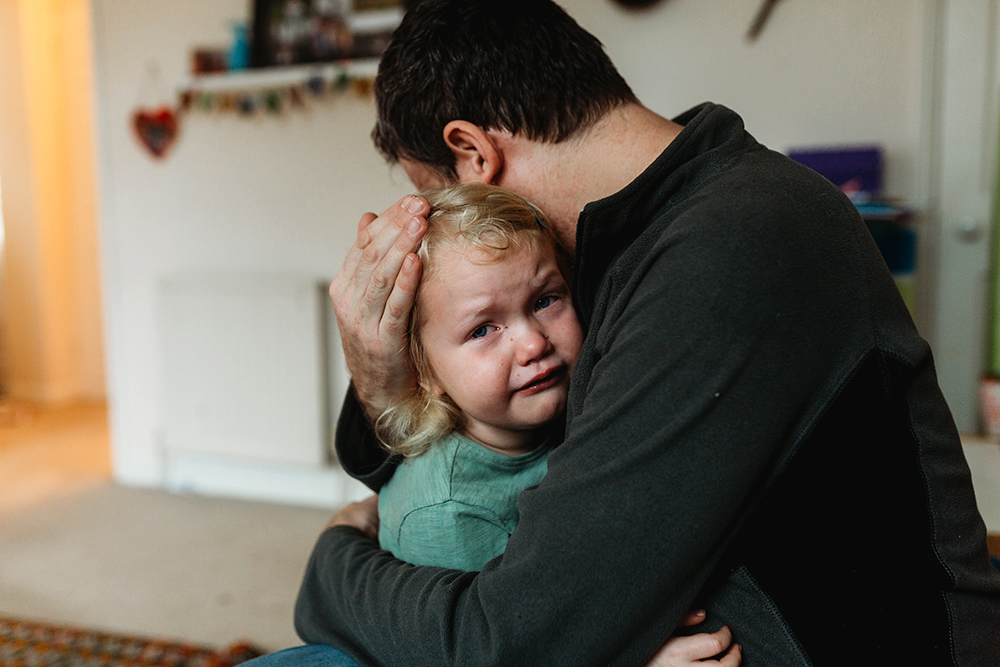 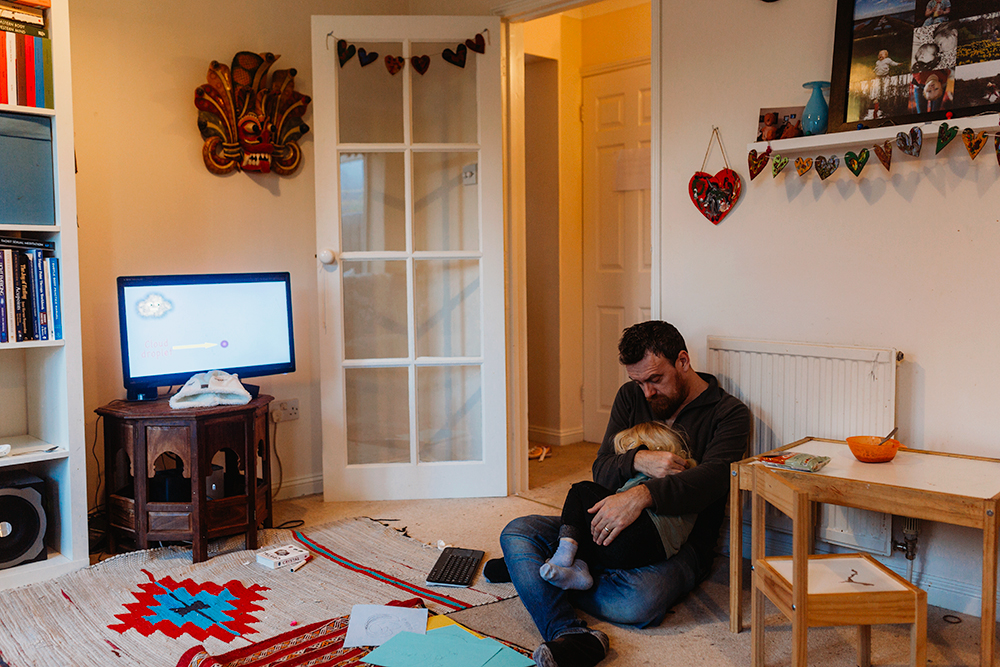 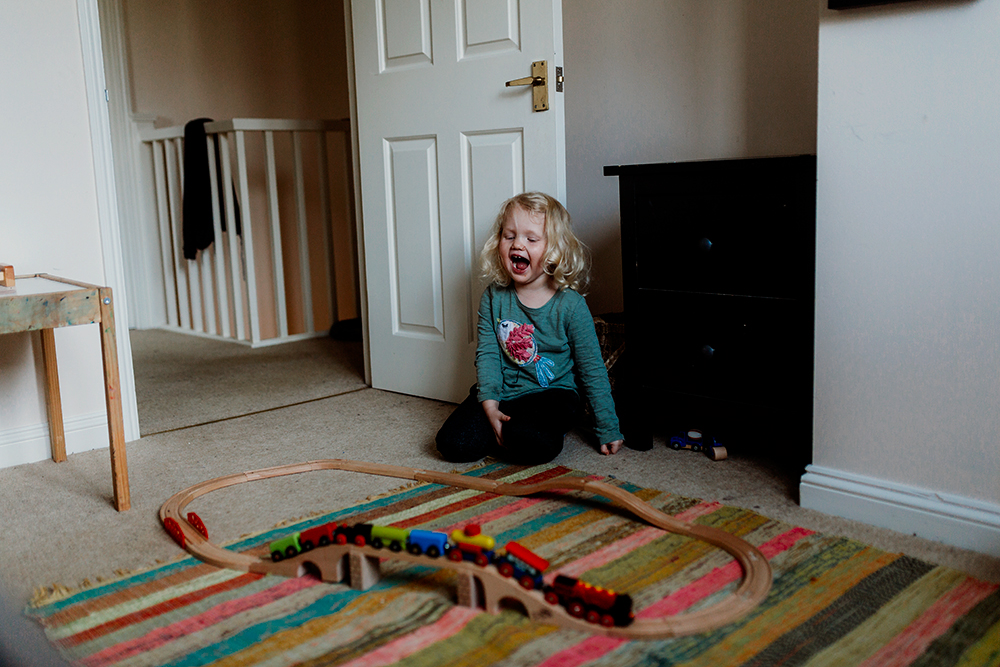 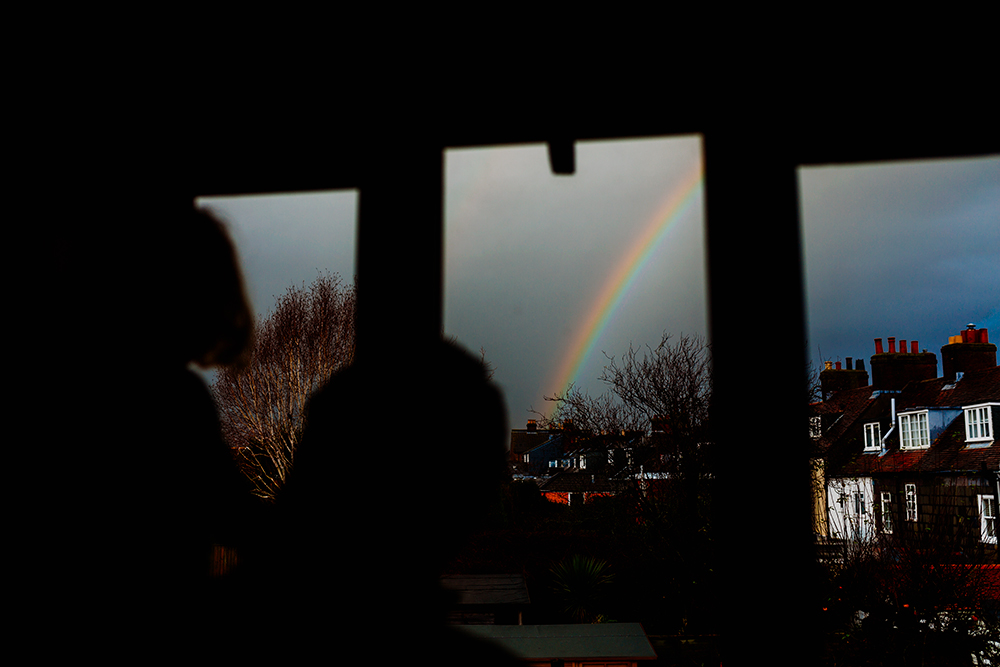 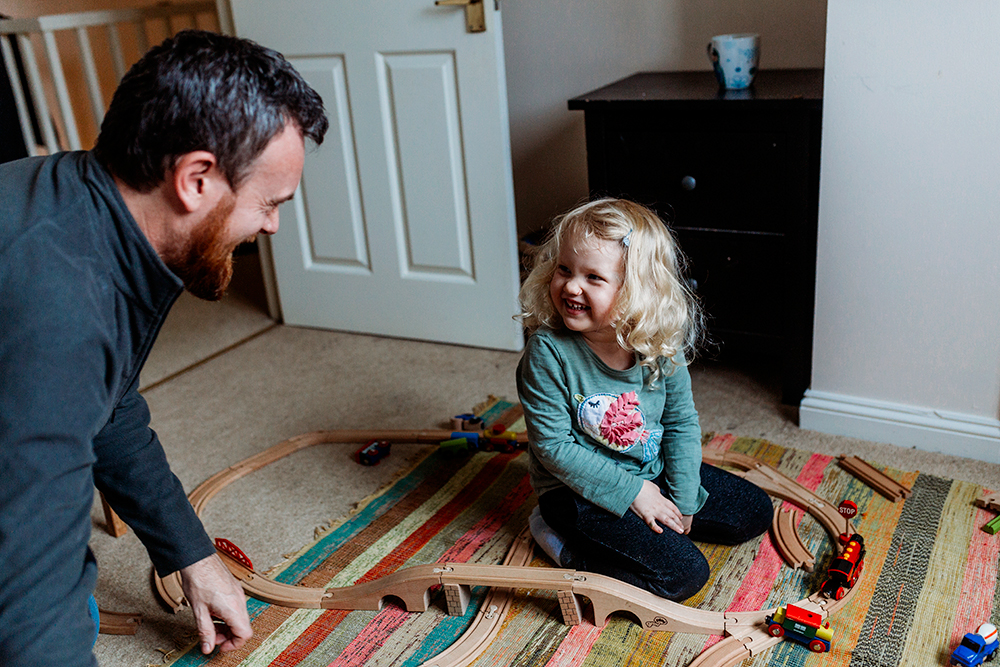 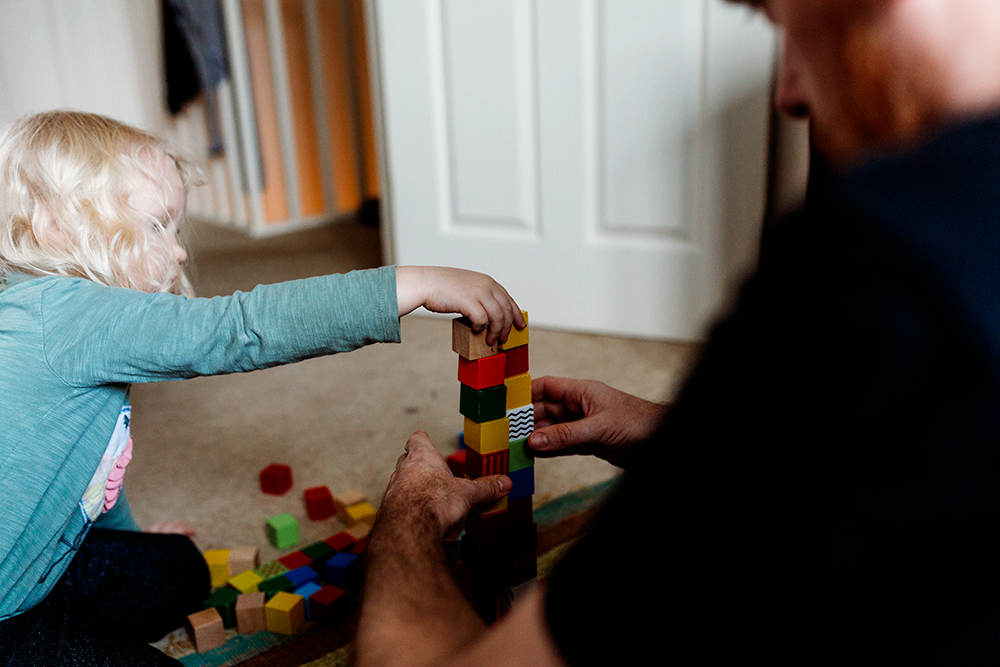 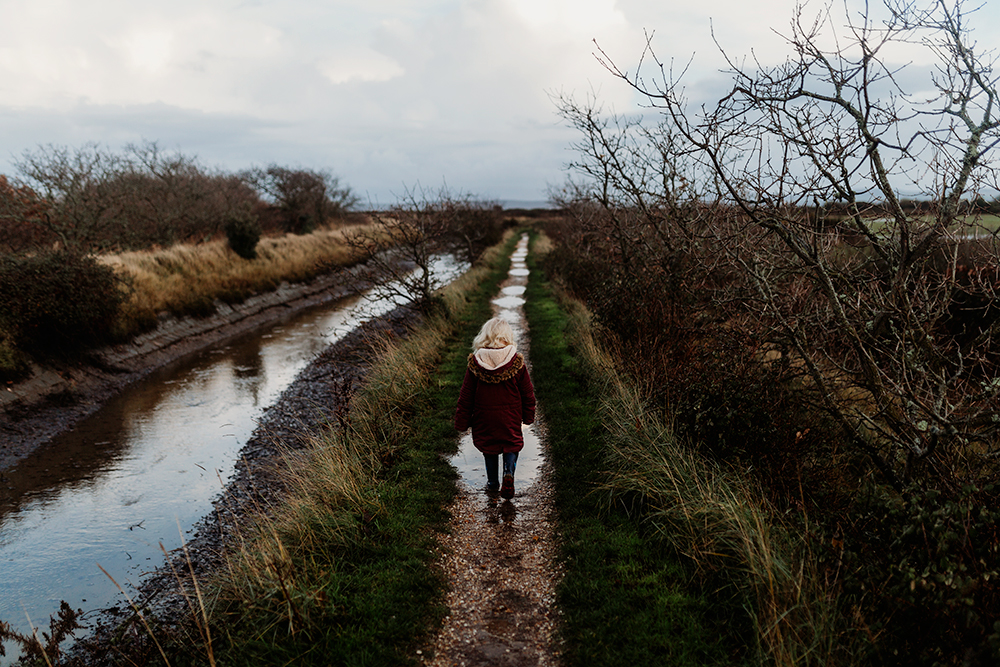 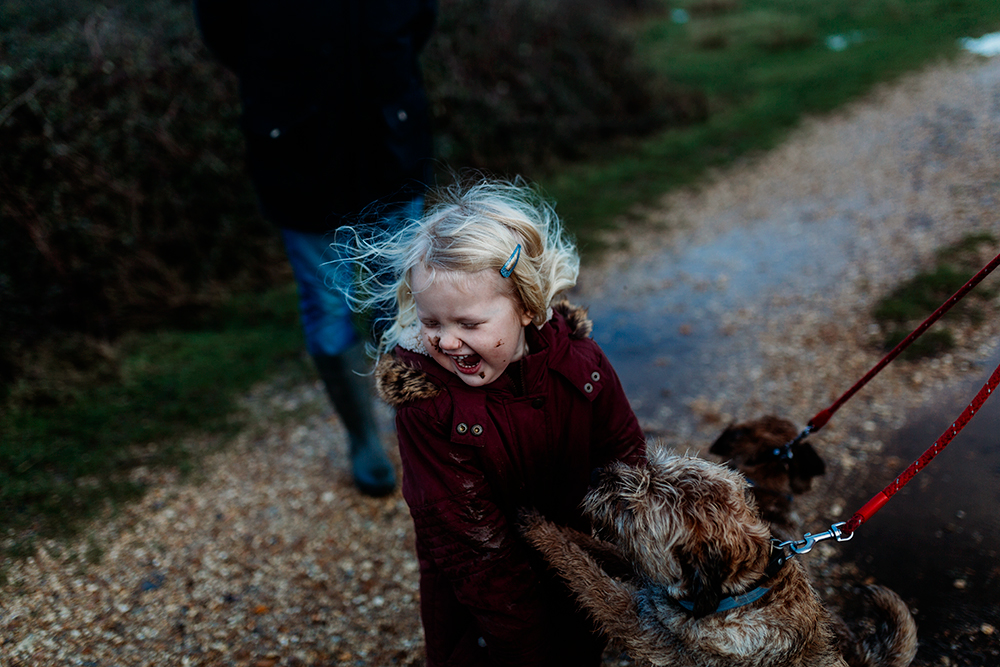 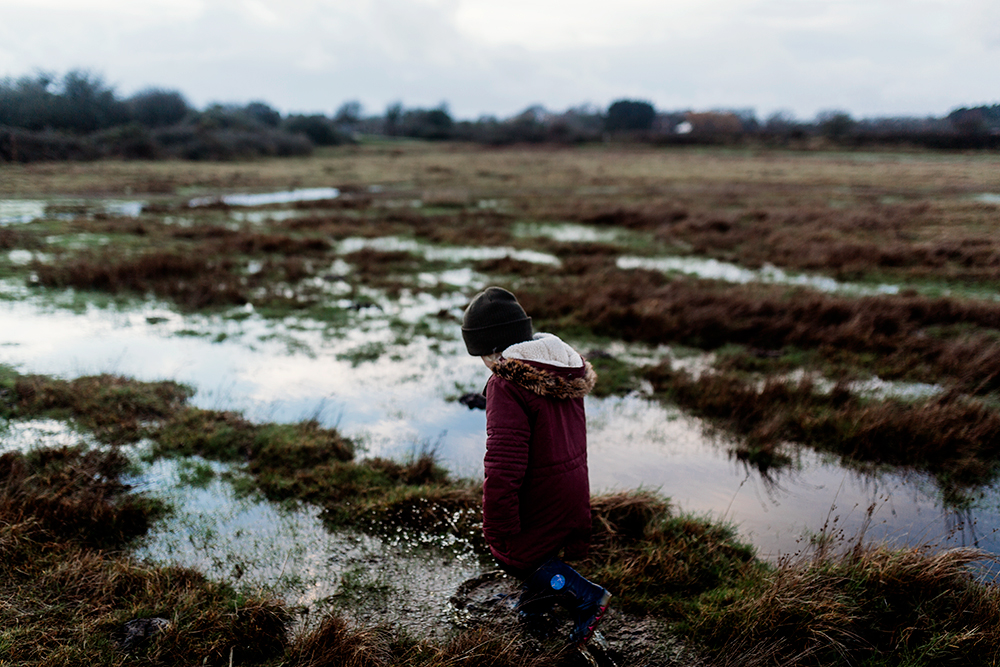 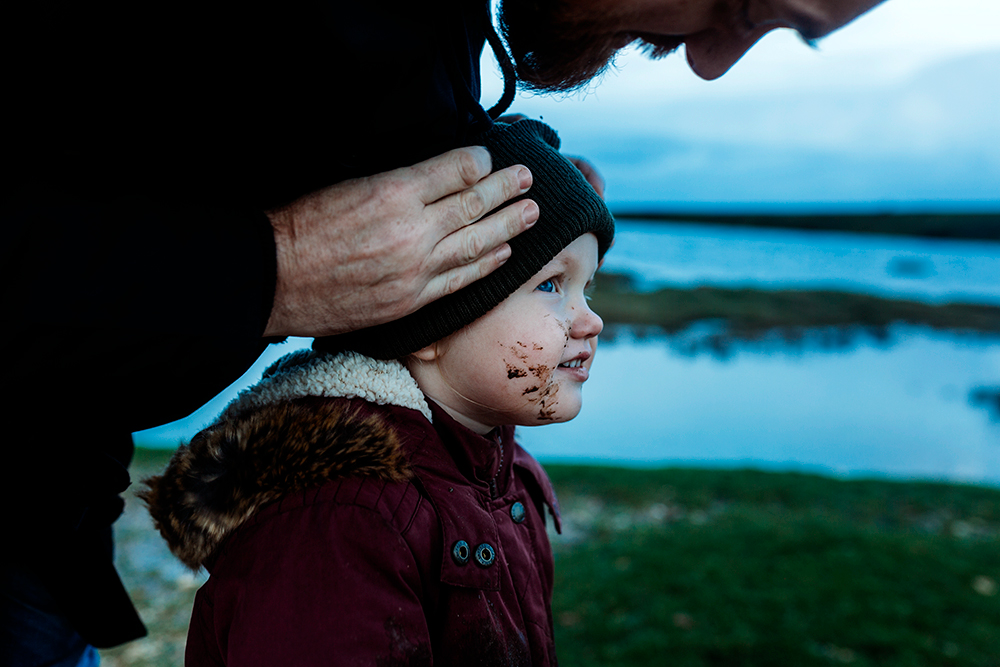 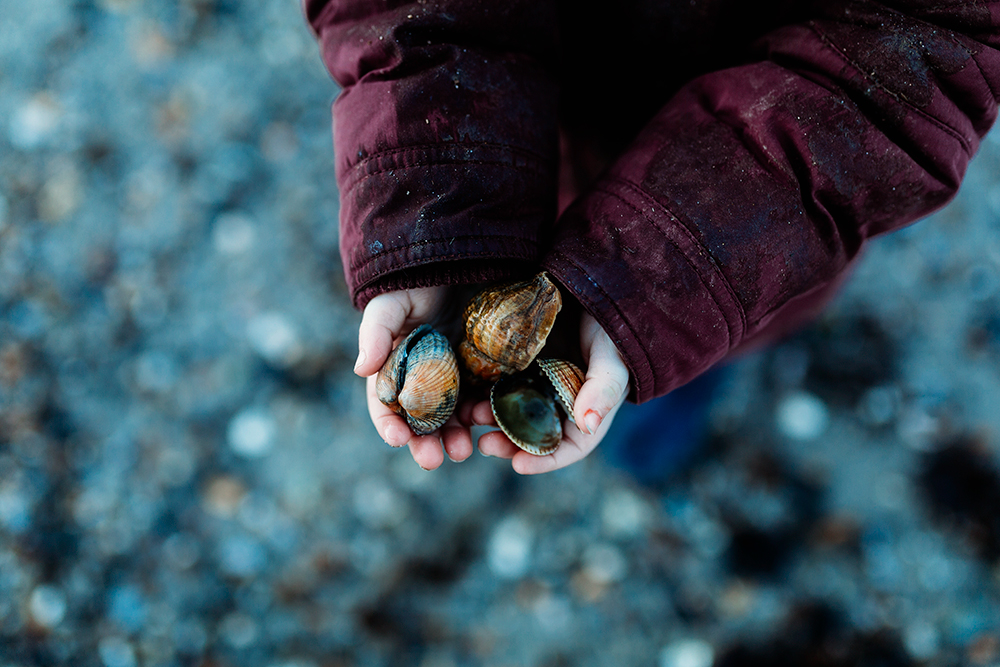 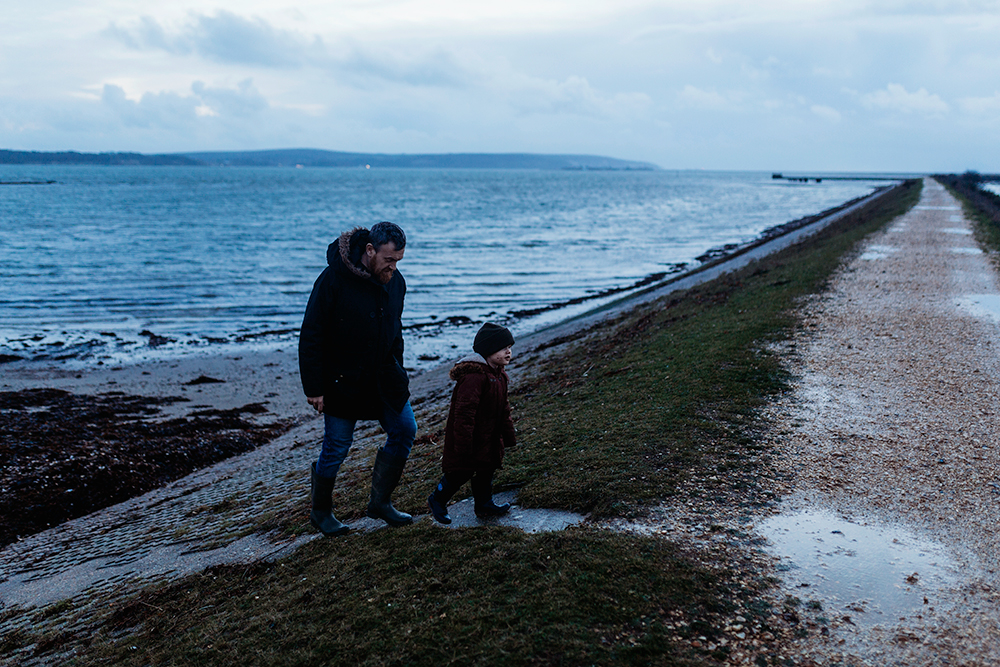 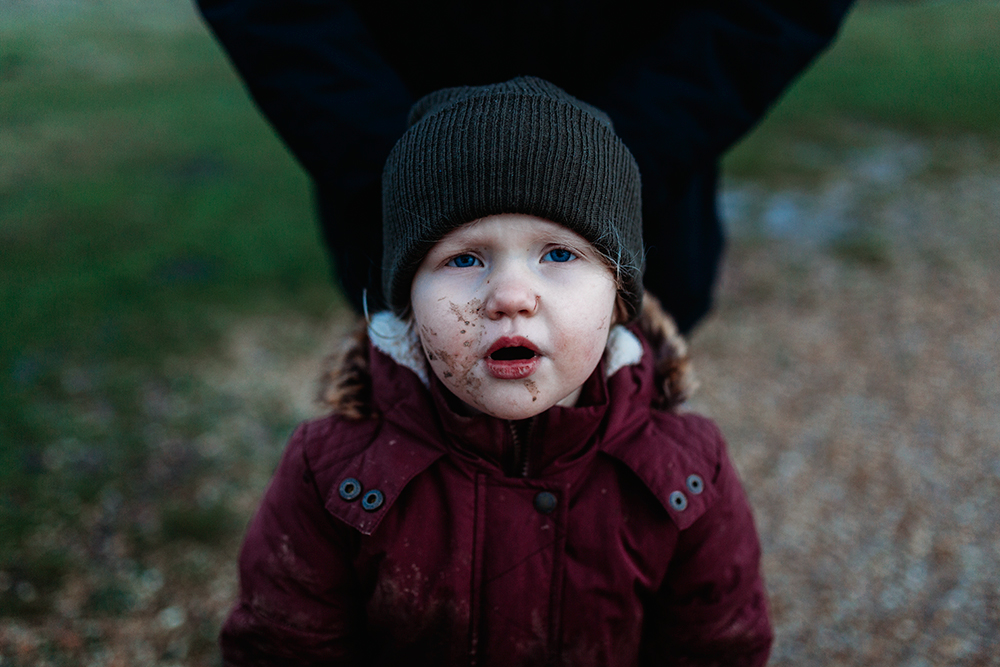 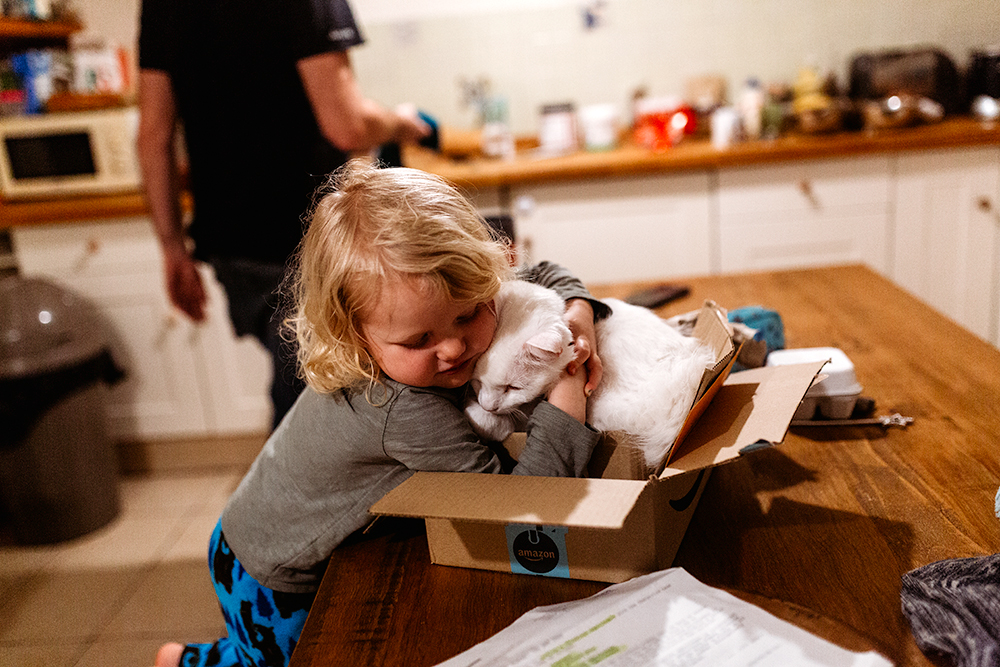 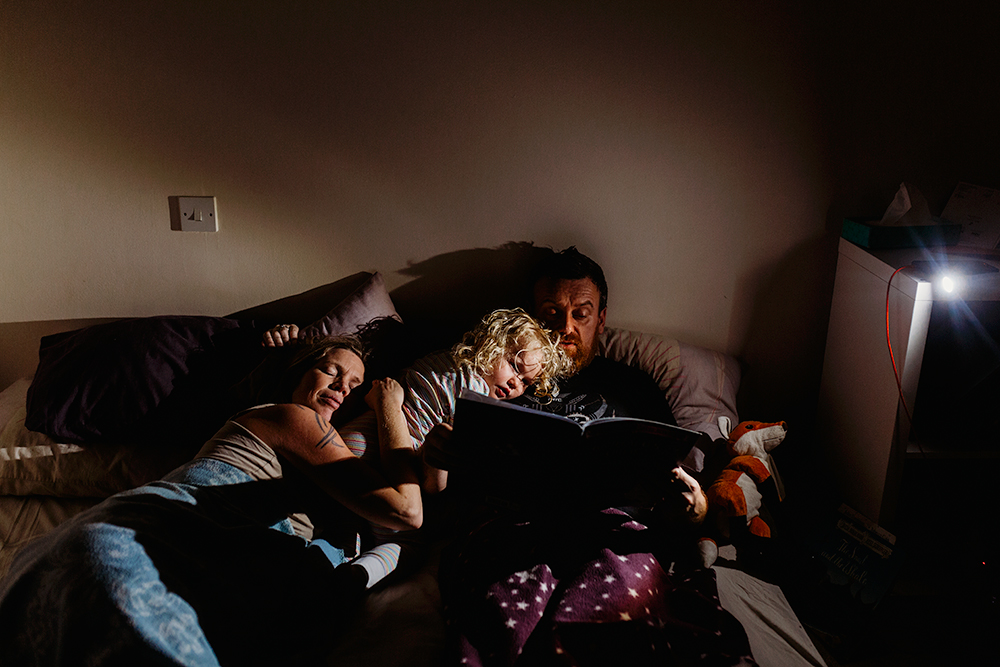