I had a ridiculously early start today,  I woke up at 3:30 with a leg cramp and couldn't get back to sleep so I left you and daddy blissfully asleep and went downstairs to do my blood test and make breakfast.  Around 6:30 I was falling asleep but just then you came running down the stairs and there went my chance for a little nap but at least we had some really sweet cuddles, I put on Dr. Seuss green eggs and ham and you had your cheek resting on mine and I was able to at least half sleep for a little bit until daddy woke up.

Every year after Christmas all your cousins and aunties meet up at your Nanny's house for a family get together and today happened to be that day so after a morning of rushing around getting ready we took a roadtrip to the Isle of Sheppey. You have been looking forward to this day for a while now, and you were so excited, you just love to be around all of your cousins! You were especially excited to meet your cousin Reggie for the first time (you've actually already met him but you were so little you don't remember) and you asked me if he was a boy and I said, "yes,  he is." and then you paused and I could see you thinking and you asked,  "does he have a penis like daddy because he's a boy? " and I said, "yes." and then you said, "I don't have a penis because I'm a girl,  me and you have a vagina." "yep,  that's right!" and then you ran off to get your shoes.

We had probably one of the best car journey experiences so far,  it takes about 2½ to 3 hours to get there but you didn't complain once,  not even a little bit!  You had brought with you one of your horses and your baby wild boar and you pretended they were Haumea and Mars. I love hearing the little conversations that take place between your animals, it will never ever get old to me. You are still very much into singing the planets song and a good chunk of our roadtrip was spent with you serenading it to us.

About halfway there we stopped for a wee break and you wanted to go with daddy you had told him you needed a poo but then changed your mind and asked if auntie Karen had a toilet and when he told you yes you said you wanted to do your poo there (we were heading there first and then we'd all go together to your Nanny's house).  We ended up getting some sticker magazines for you at a whsmith and you were so excited, it's really the first time you've ever had them and they proved to be the best things for car rides because for the rest of our journey you were completely absorbed by it and we didn't even hear a peep out of you!

We arrived at Auntie Karen's and you immediately gave her and your second cousin Laycie the biggest cuddle. There was a new kitty named Shyla who you hadn't met before and you were absolutely besotted with her and kept trying to stroke her even though she kept running away.  You changed into your special party dress,  a dress you had specifically chosen just for this occasion and you chose it because it had jewels on it.  Seeing you all dressed up just melts my heart,  and even more so when you can't stop twirling in it, you seem so grown up!

A short while later,  your cousin Martha and two more of your second cousins arrived,  Olivia and Josie and you just relished being in their company. You, Laycie,  Olivia and Josie spent the rest of your time at Karen's running up and down the stairs, playing in Laycies room,  checking out the creek at the end of her garden,  trying to sneak chocolates, and playing games. When it was time for us all to head over to Nanny's house, daddy drove Martha, Olivia and Laycie over first and while the rest of us waited for them to get back we hung out by the creek feeding the seagulls which you absolutely loved doing!

Once at Nanny's house you got see even more of your family, your second cousin Theo was there who you've been talking a lot about and your cousin Laura, her partner Russell, your auntie Helen and also your second cousin Liliana who you hadn't met before and finally the youngest,  Reggie who is only about 6 months younger than you. You really liked Reggie and I kept catching you stroking his hair or cheek or trying to give him hugs.

The first thing we all did once everyone had arrived was open presents and I think you were exceptionally excited about this!  The first gift you opened was from Nanny and she had bought you a newborn baby boy doll which you absolutely loved and became instantly attached too.  You were holding him with such tenderness and said it was baby Zoryan. For the rest of the night you kept putting on and taking off his clothes,  changing his nappy, holding him and rocking him,  & finding him safe places to sleep. It was really so incredibly sweet to see. You even helped Reggie put together some of his toys and it was really sweet because you took this job very seriously and loved helping screwing bits in.

The rest of our time there was spent catching up with each other, eating a bit of food and in your case eating a lot of food,  you just couldn't keep your little hands off the party foods and it seemed like everytime I looked for you I'd find you with one of your hands trying to grab yet another biscuit!  We don't eat sugar at home so I think you were really enjoying the novelty of it!! You were making me and daddy really laugh!

You had such an incredible time playing around with your cousins but unfortunately a really crazy but upsetting thing happened and your second cousin Josie broke her foot just by doing a little twirl and ended up having to go to hospital! You were really concerned about her and didn't like seeing her crying and in pain but luckily she was able to be seen and was back at the party and able to join in with some of the party games. These games were such a tremendous hit with you!  The first game involved dressing daddy up as a reindeer,  the second game was pass the parcel and you loved this one and the third one was hitting a pinata which you also really loved! The amount of giggles and laughs especially from you and all your cousins was just the best sound in the world.   After all the games had finished you and Theo had some really sweet moments together, the two of you just love each other and you were both just melting all of us adults with your little cuddles.

We ended up leaving later than planned around 22:00 and didn't get home until close to 1:00 but you fell asleep within 10 minutes of being in the car and woke up just as we were arriving in Brockenhurst. I was exhausted but I was determined to stay awake the whole journey in solidarity with your daddy but once we did get home you and I rushed into our bed and fell asleep pretty much immediately all snuggled up together including being snuggled up with your new doll who you just had to have in bed with us. 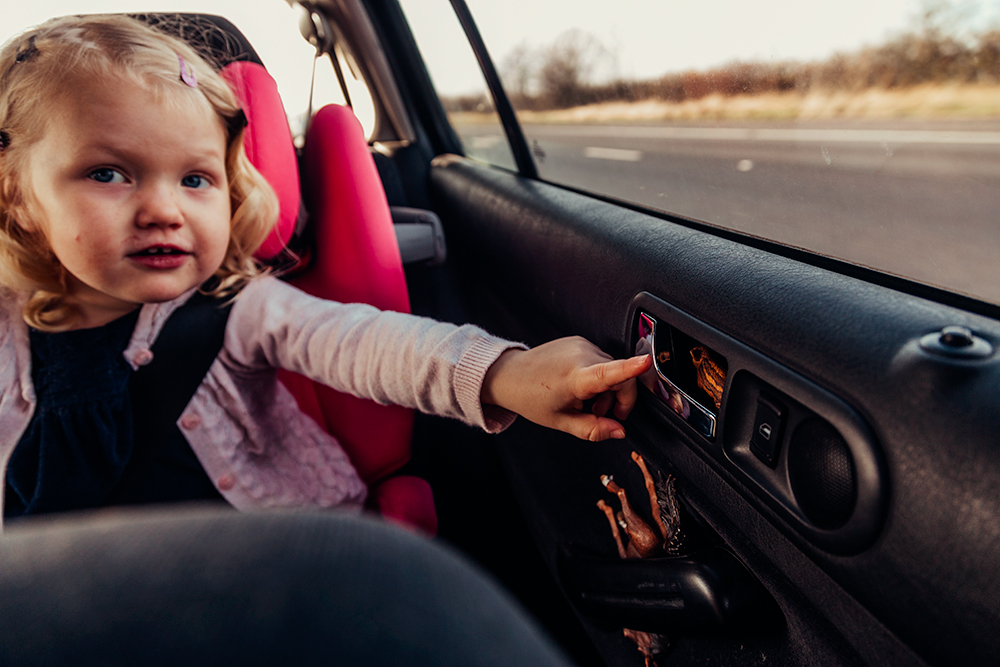 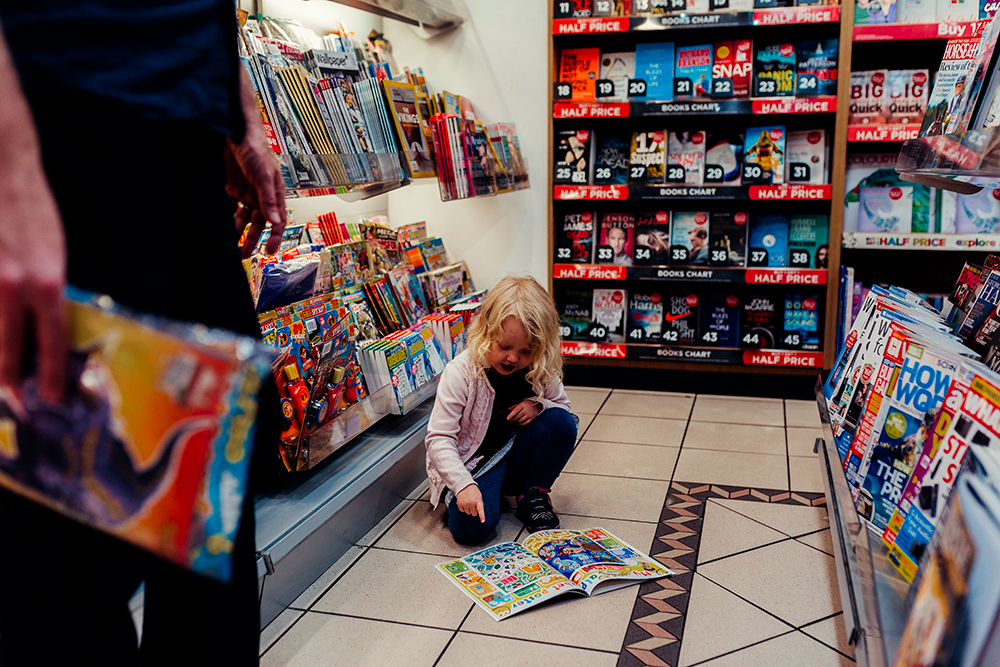 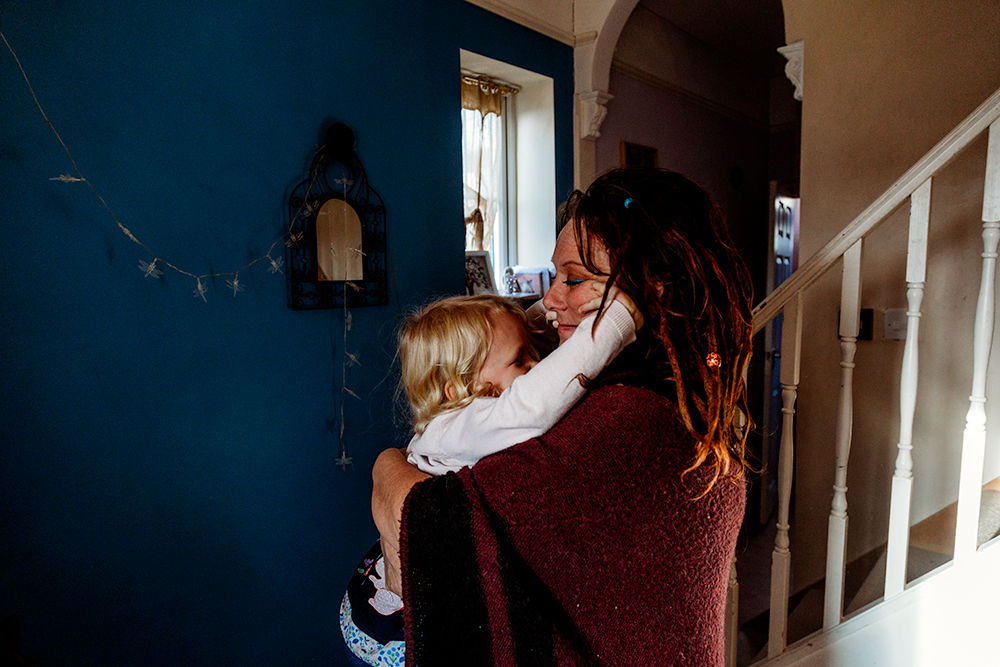 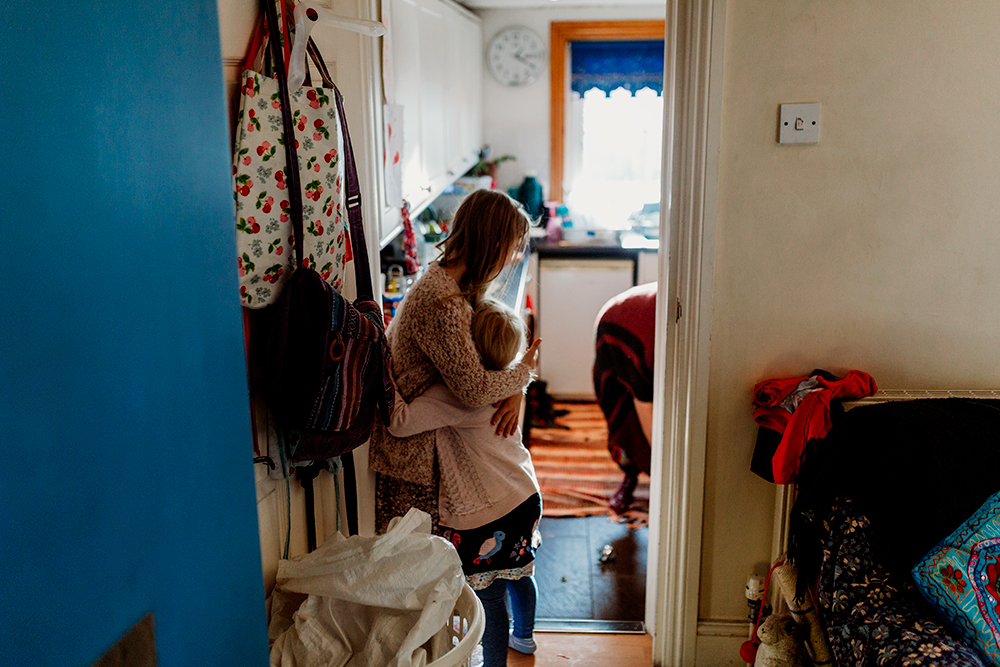 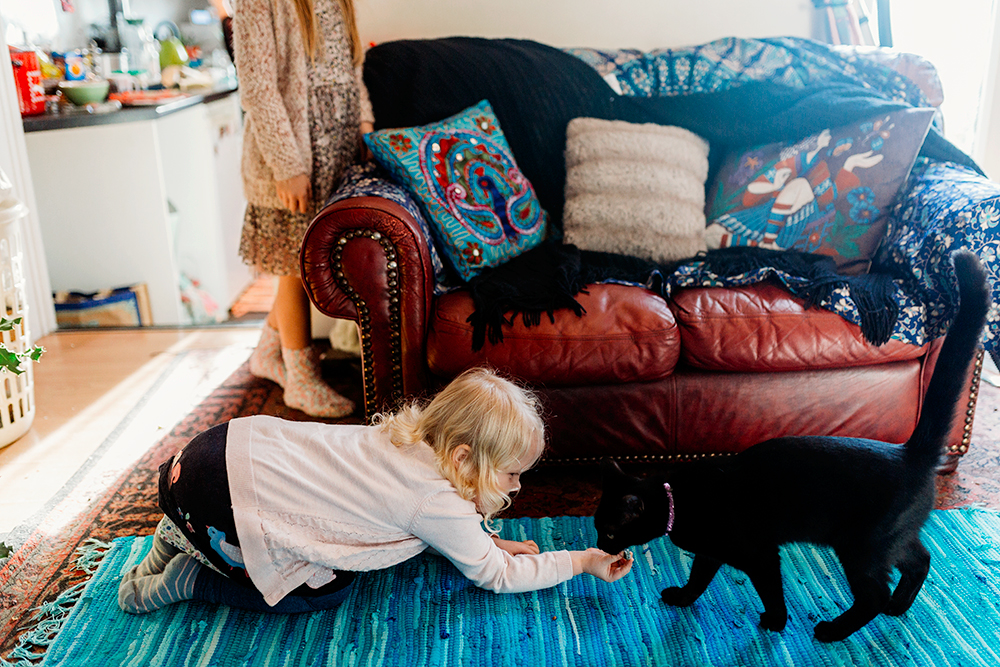 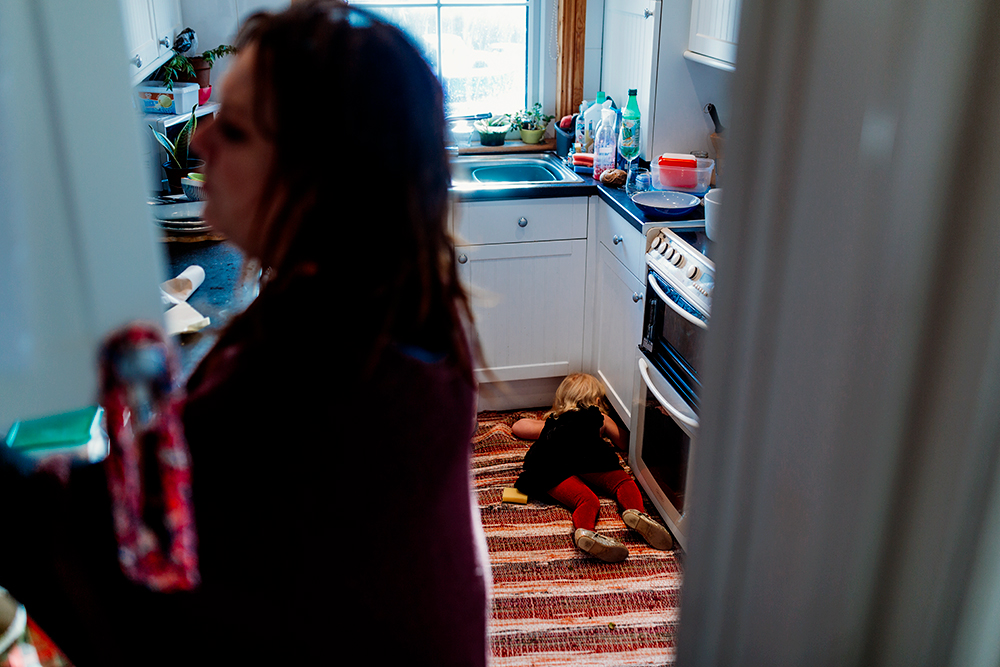 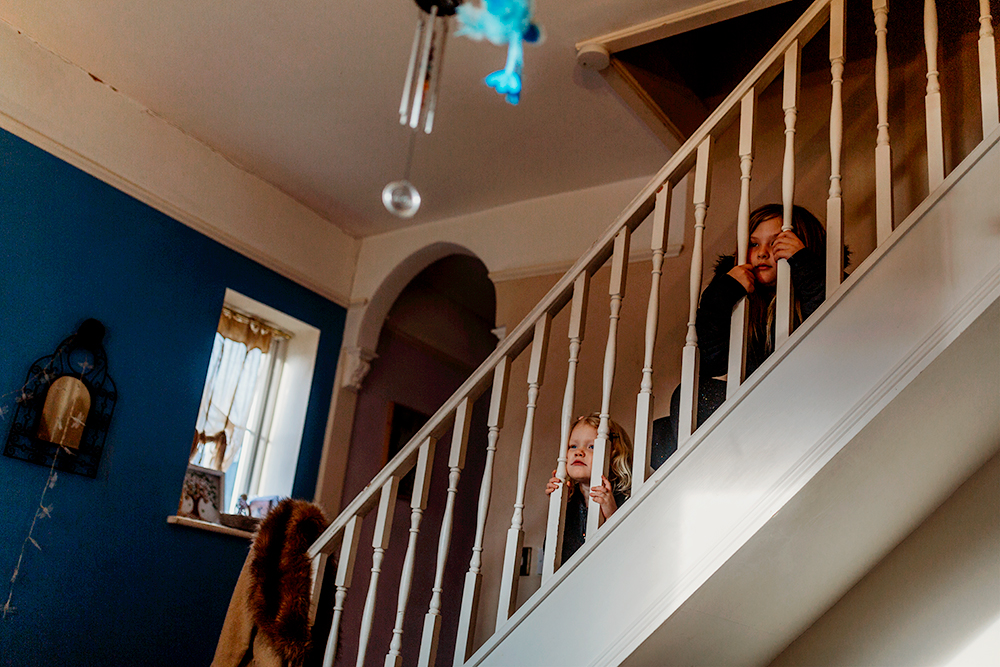 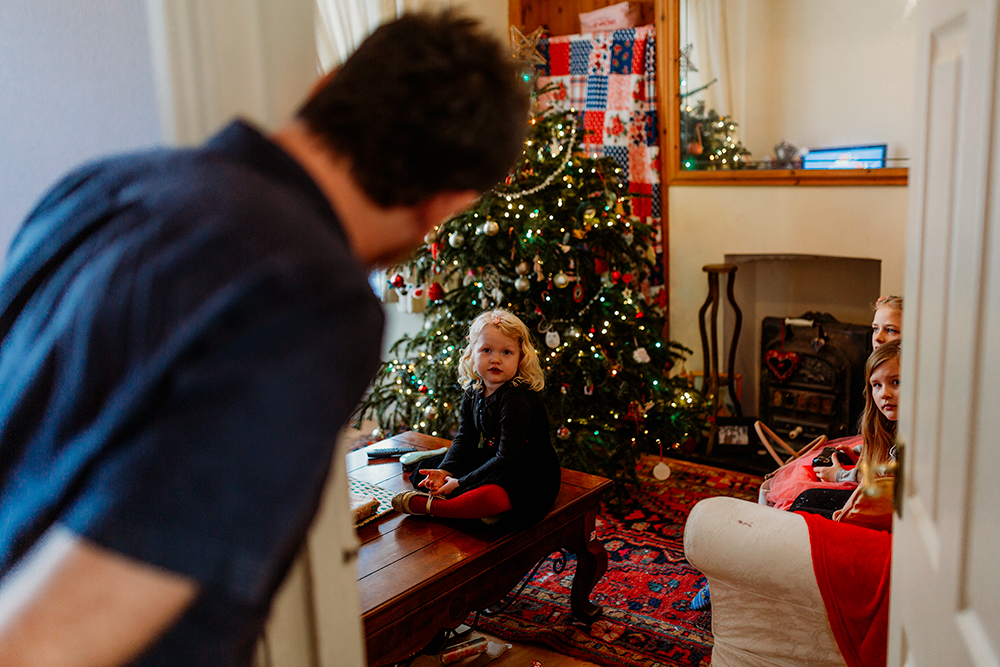 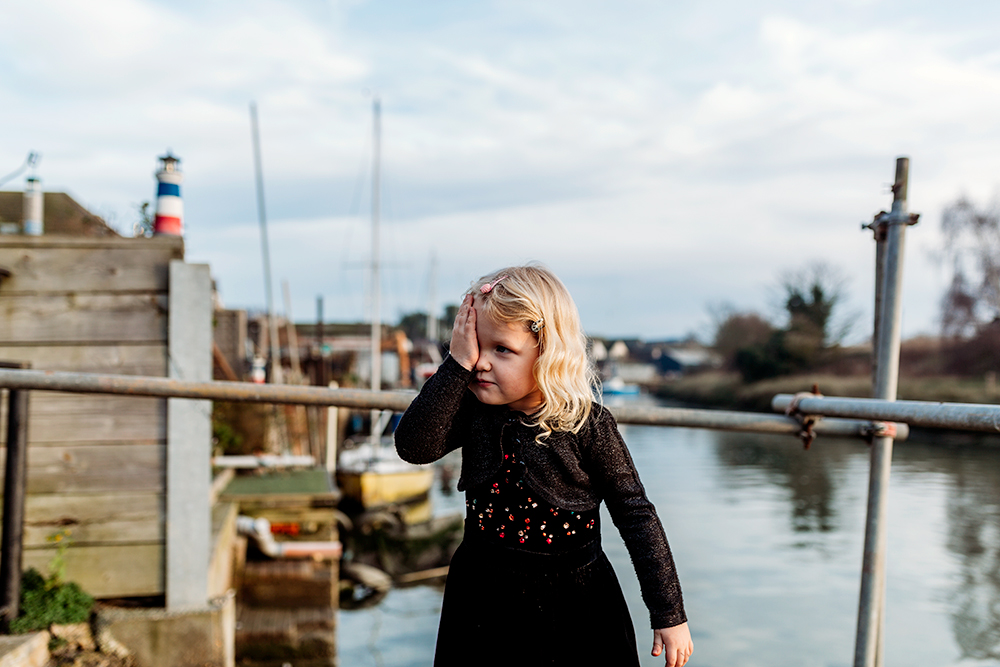 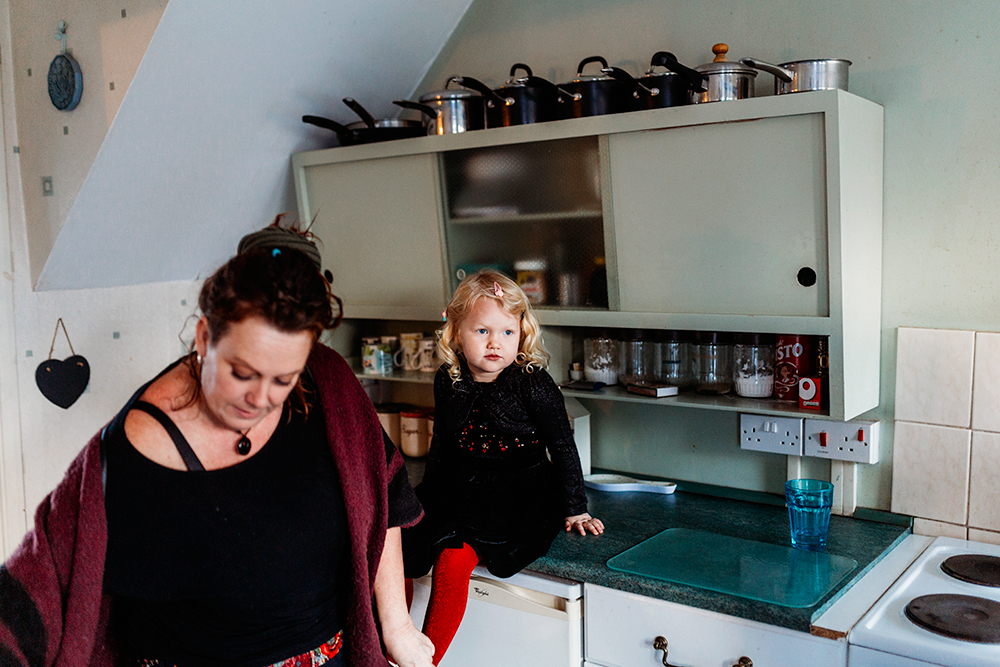 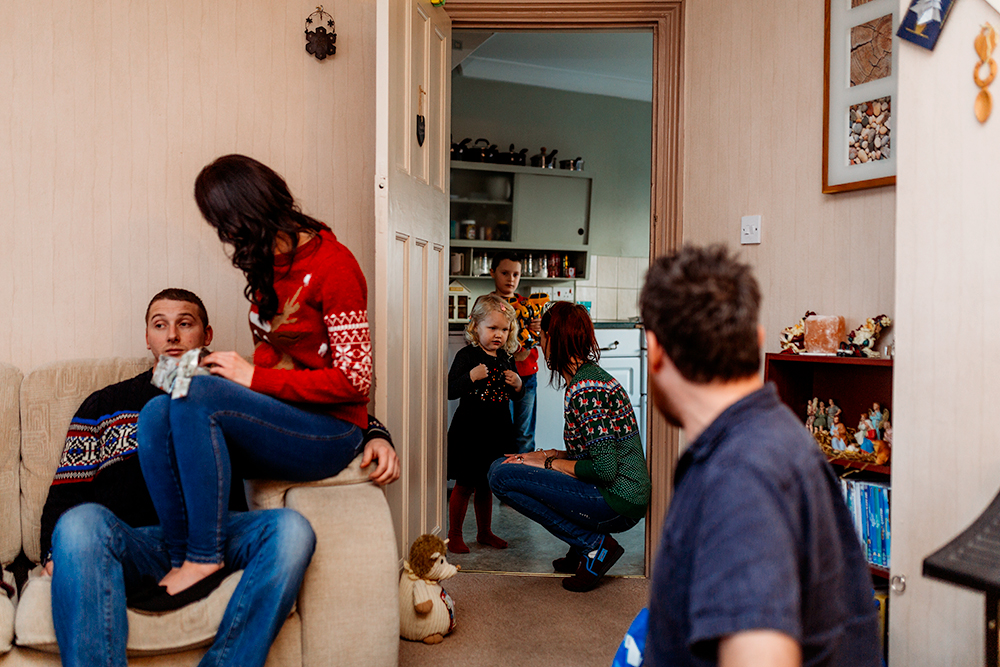 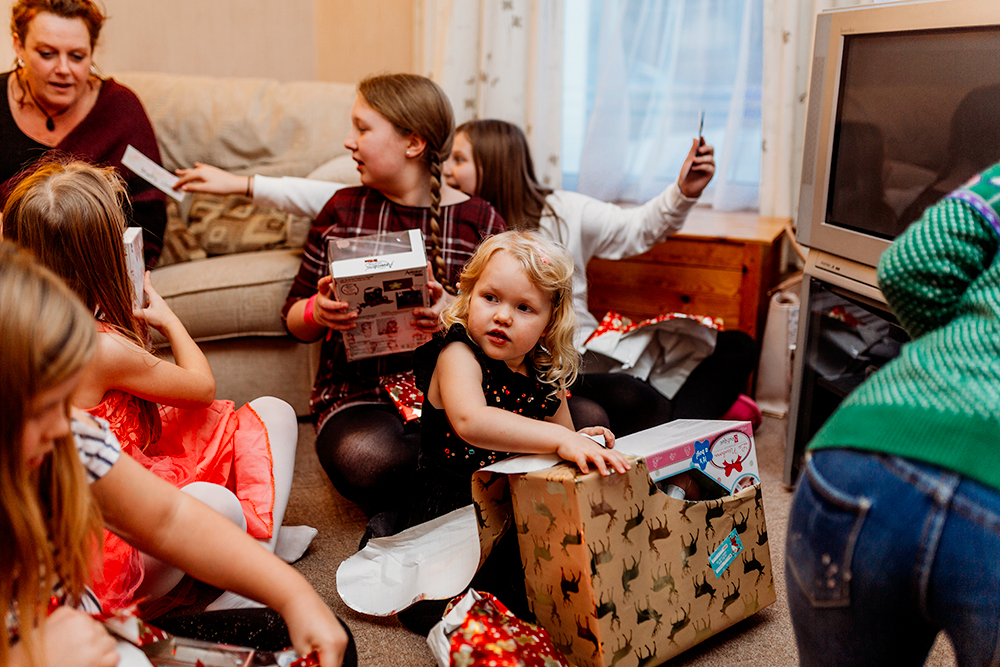 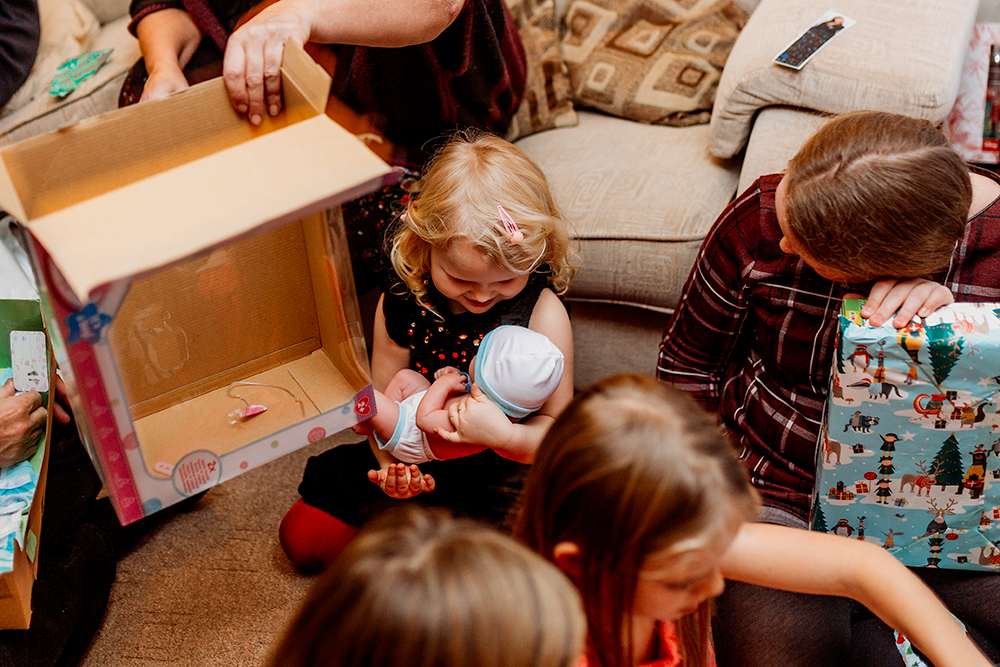 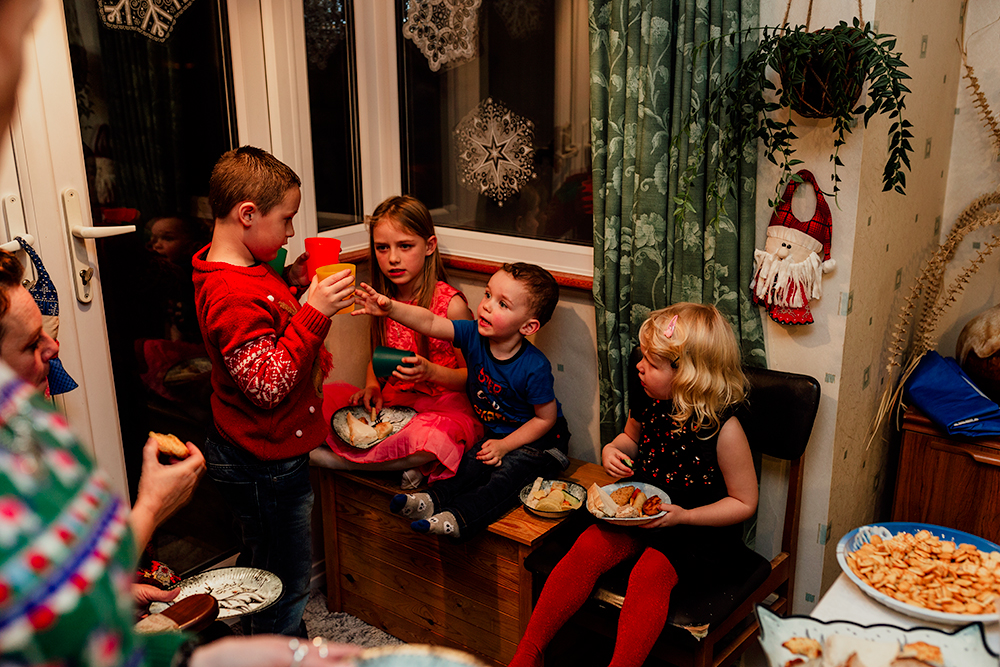 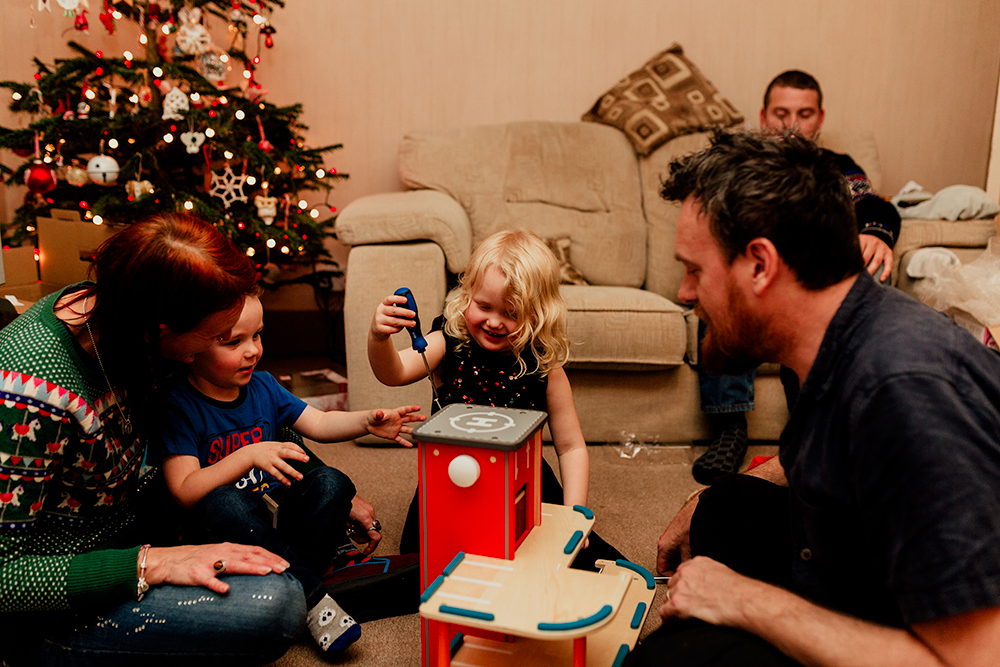 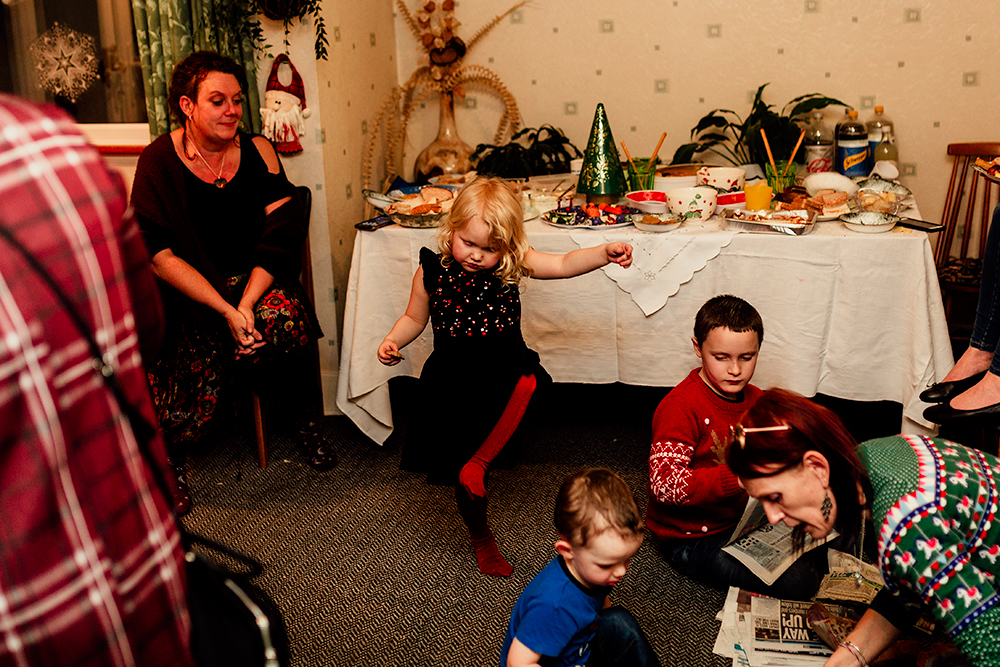 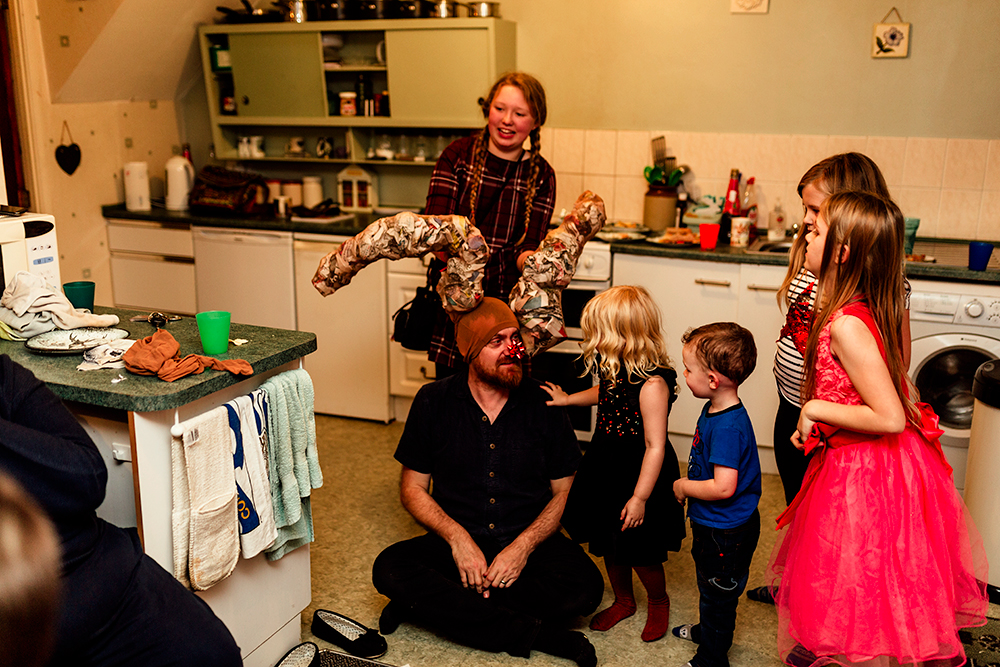 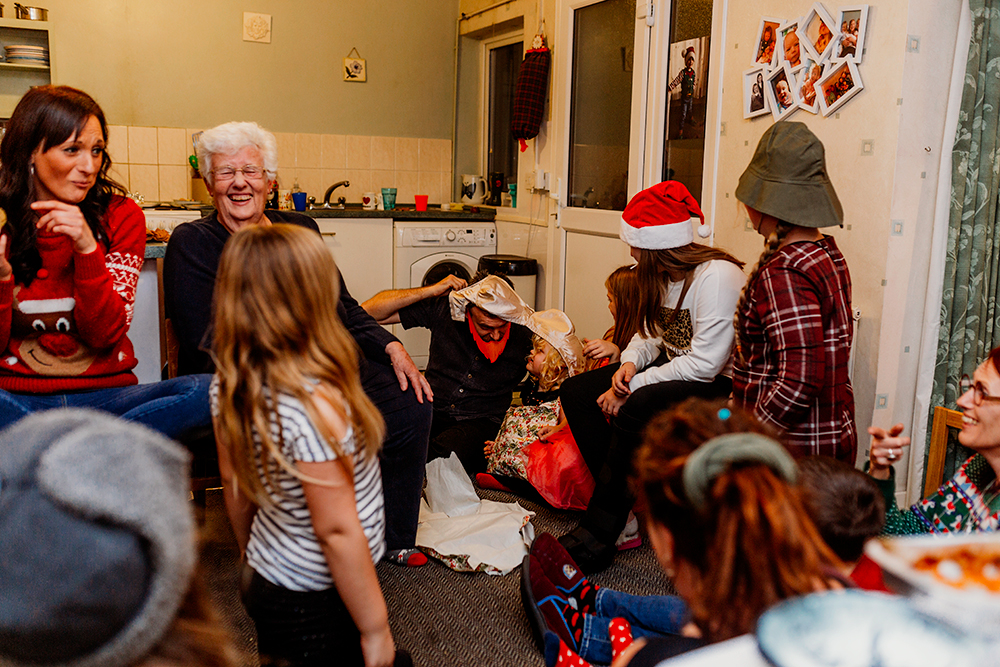 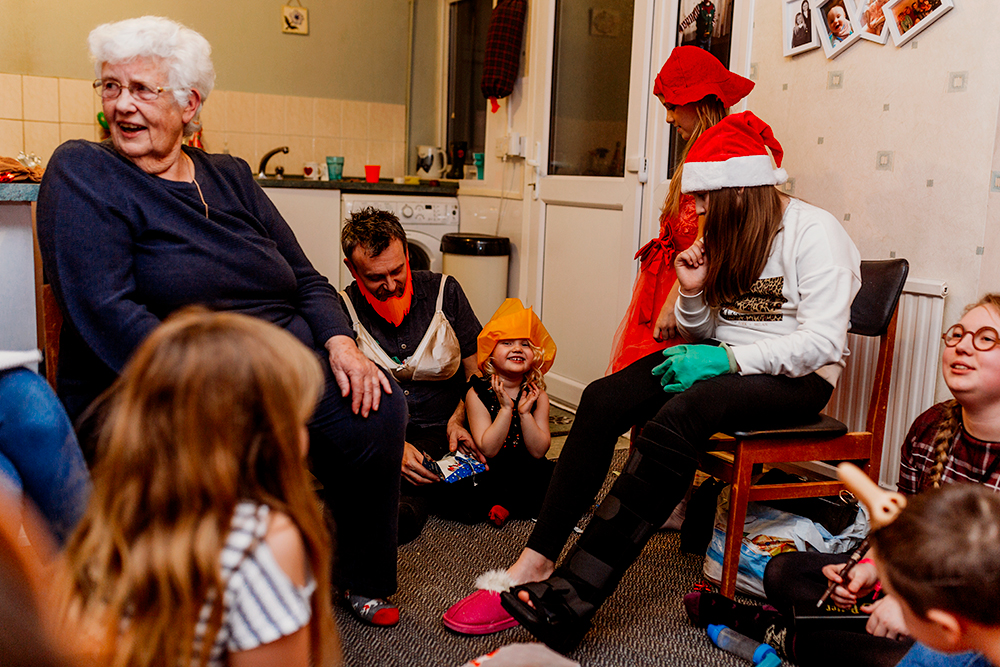 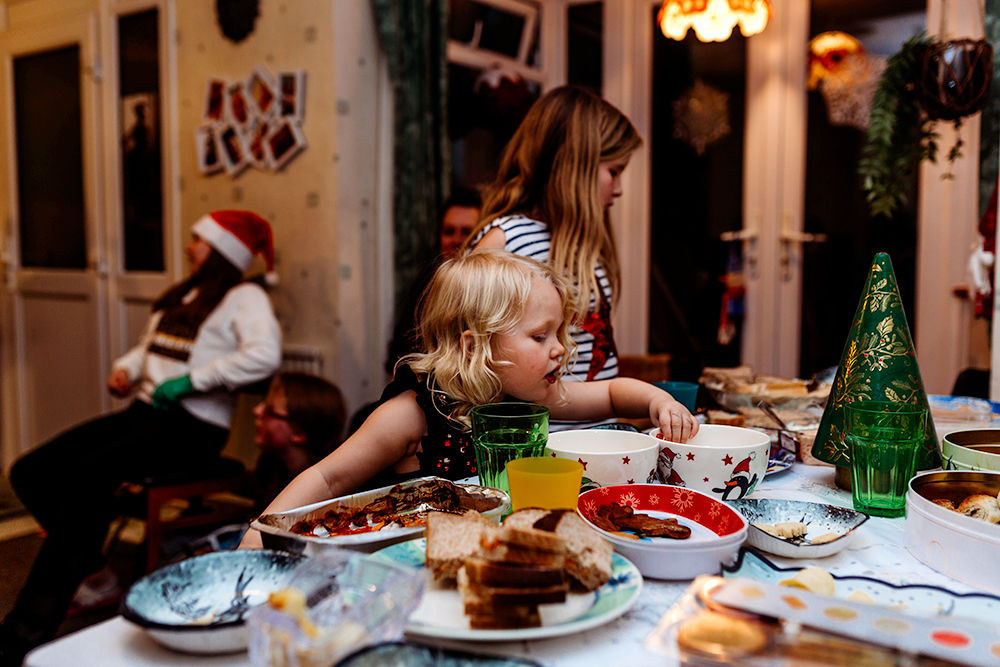 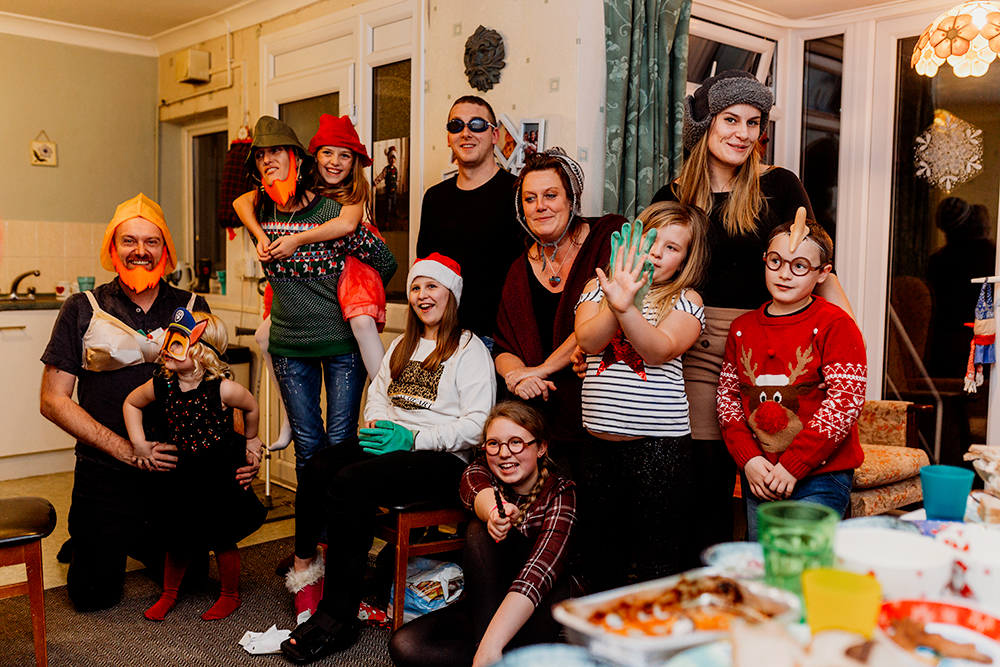 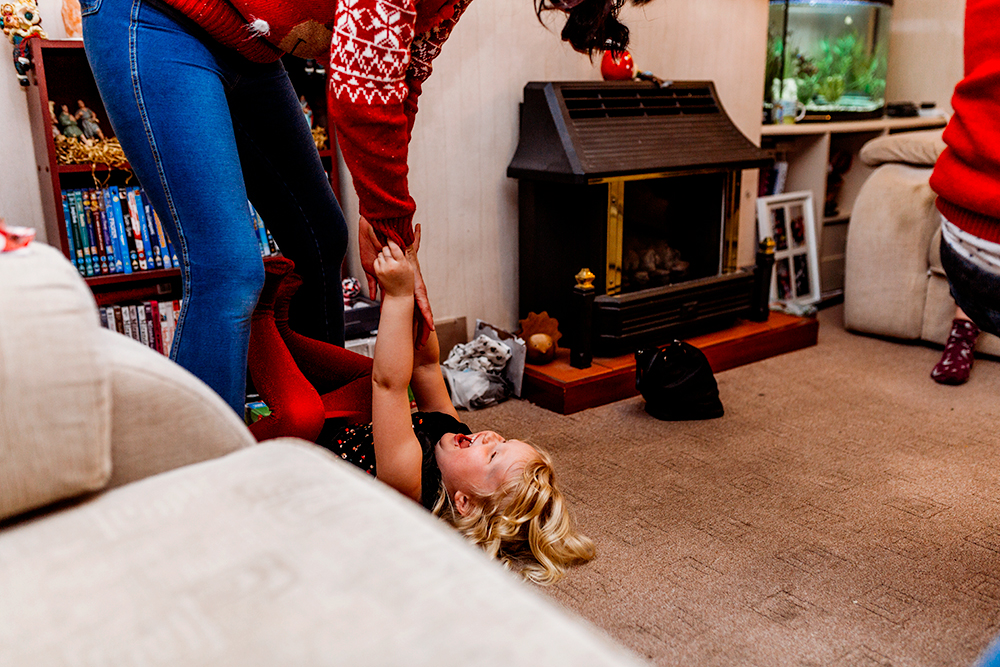 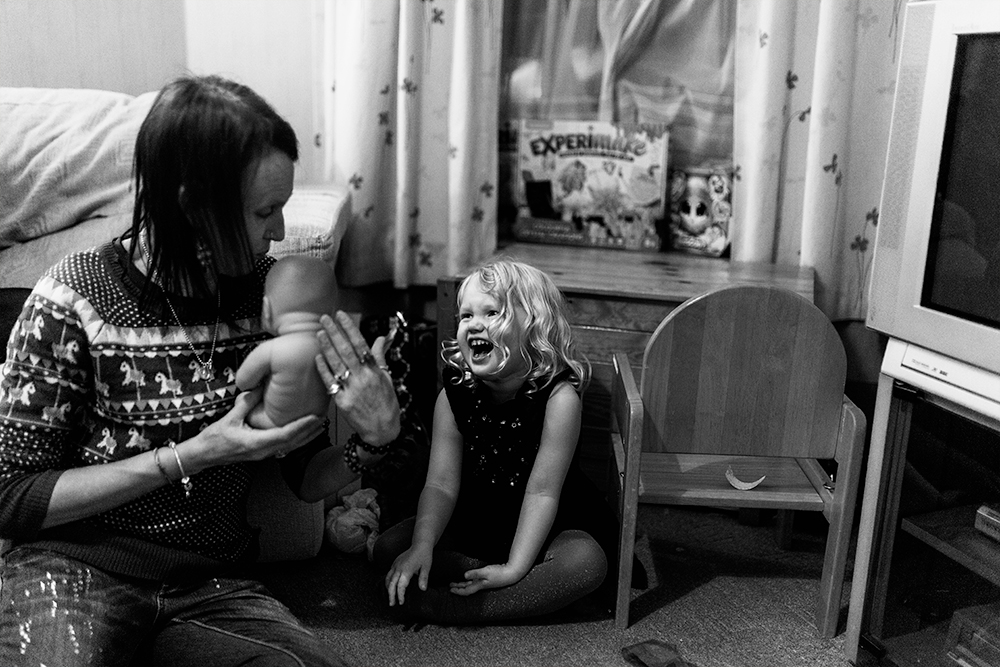 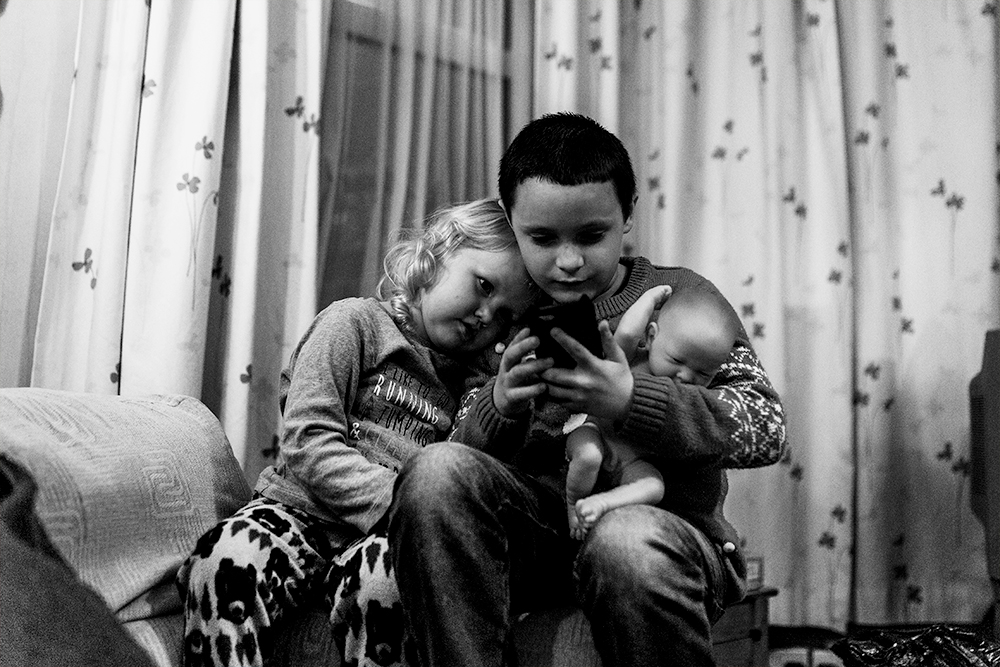 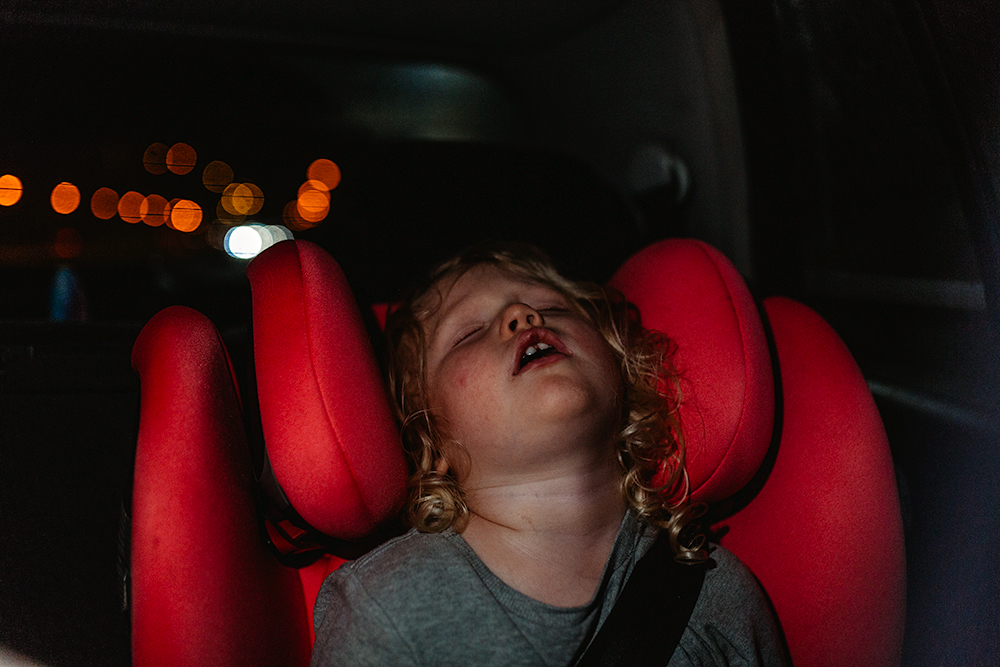